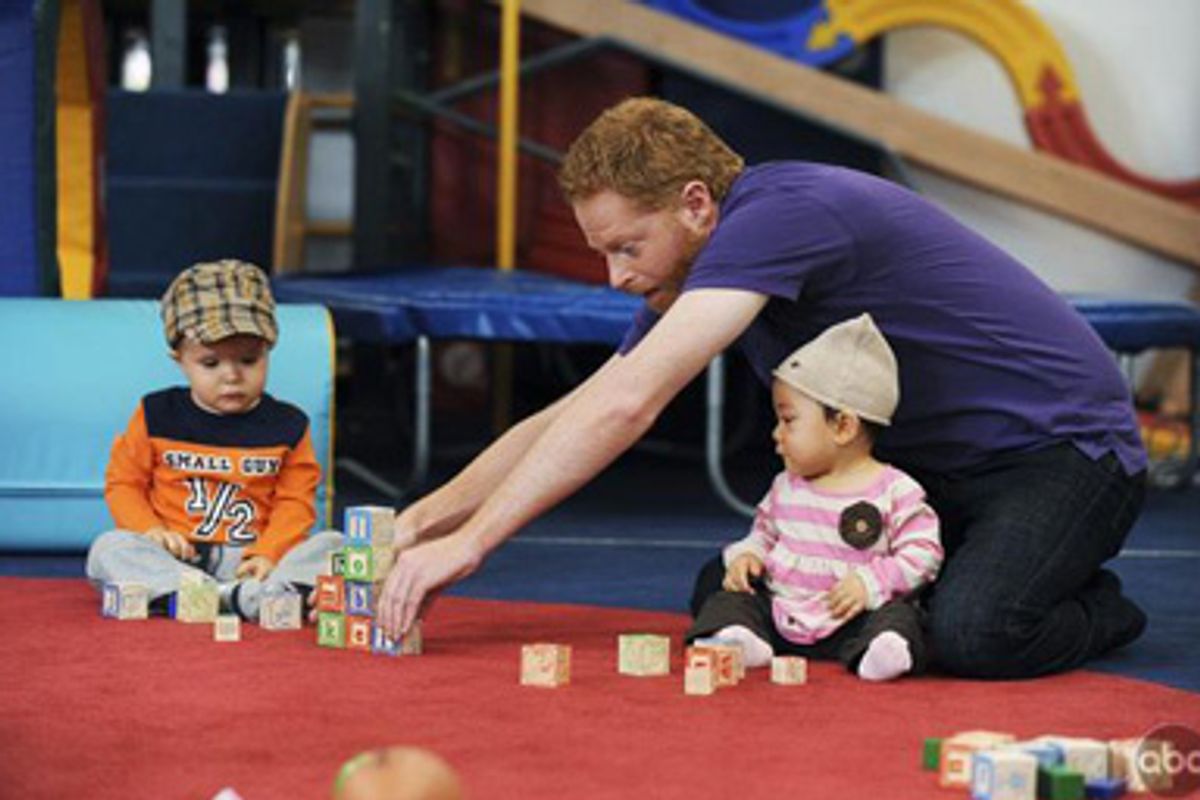 Or, at least that has been the case since "Arrested Development" went off the air. Saddled with dozens of hackneyed shows trying desperately to match the wit of "Everybody Loves Raymond" but failing miserably, viewers have become so bored with the same old family shtick that many of the most successful comedies, from "30 Rock" to "The Office," are now set in the workplace.

ABC's "Modern Family" (premieres 9 p.m. Wednesday, Sept. 23) borrows a thing or two from those shows -- the single-camera format, the use of a faux-documentary style where characters speak directly to the audience, the frequent veering into farce. That said, this dysfunctional family comedy really is its own unique, brilliant gem, shining among an otherwise uncomfortably mediocre haul of cheap comedic rhinestones.

"Let me meet this playa," Phil growls at the boy, who just stares at him, dumbfounded. "Phil Dunfee, yo!" Then in a voice-over Phil explains. "It's like that. You just stare down at them, let the eyes do the work. Your mouth might be saying, 'We cool.' But your eyes are like, 'No, we not.'" It's tough to do justice to just how ridiculous this scene becomes when Phil pulls a muscle in his back, falls down the stairs, and ends up being carried like a baby to the couch by the kid he's trying to intimidate.

But the real stars of "Modern Family" are Cameron (Eric Stonestreet) and Mitchell (Jesse Tyler Ferguson), Phil's brother-in-law and his partner, who've just adopted a daughter from Vietnam. Like the best actors in a Christopher Guest film, these two are at once absurd enough and understated enough in their delivery that they don't oversell their scenes.

Mitchell: So, Cam, that orphanage, it was all women. Maybe she can't fall asleep unless she feels a woman's shape?

Mitchell: So here. (Handing him the baby.)

Cameron: What the hell is that supposed to mean?

Cameron: (In a voice-over) Yes, I've gained a few extra pounds while we were expecting the baby. Which has been very difficult, but apparently your body does a nesting, very maternal, primal thing, where it retains nutrients, some sort of molecular physiology thing. But that's science, you can't fight it.

Along with Stonestreet and Ferguson, "Modern Family" has plenty of comedic talent behind it, from Ed O'Neill as the family patriarch to Sofia Vergara as his hot, much-younger Latina wife, Gloria, to Julie Bowen as Phil's wife, Claire. Between the snappy writing, great comedic directing, and remarkable timing of all of the actors involved, "Modern Family" is one of those rare comedies that never feels awkward or corny as it's winding up to a punch line.

Yes, of course the mockumentary style is everywhere right now. But isn't it about time that family comedies started ripping off something a little more current than "According to Jim"? Instead of the usual family sitcom curse of clichés and bad "Full House" jokes, "Modern Family" captures the absurdities, quirks and freakish flaws of today's extended family in ways that feel lively, unique and just dark and mean-spirited enough to be … well, accurate.

Fighting and families go together like boxed wine and Ho Hos, after all. But laughter and families? Those two haven't come together on TV in a long, long time.

But once they do? It's like science: You can't fight it.