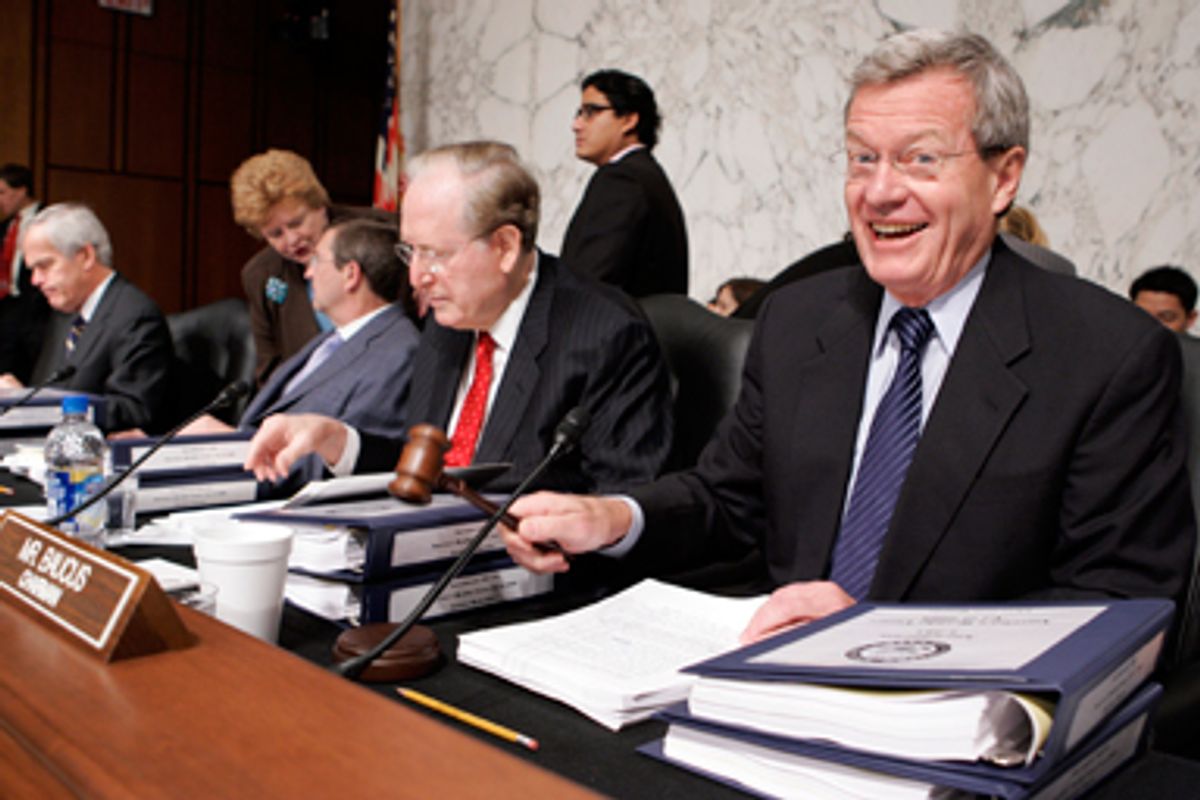 By a 15-8 vote, the committee rejected Rockefeller's amendment, which would have set up a public option that paid hospitals and doctors 5 percent more than Medicare does. Democrats Max Baucus (the committee chairman), Blanche Lincoln, Tom Carper, Kent Conrad and Bill Nelson voted against it.

Now the committee is moving on to a second amendment, sponsored by New York Democrat Chuck Schumer, that would set up a public insurance plan that negotiates its prices with providers, the same way private plans do. A vote on that is expected later Tuesday.