How to lie about climate change

More carbon dioxide will help the planet bloom! Are the crazies getting crazier, or just more desperate? 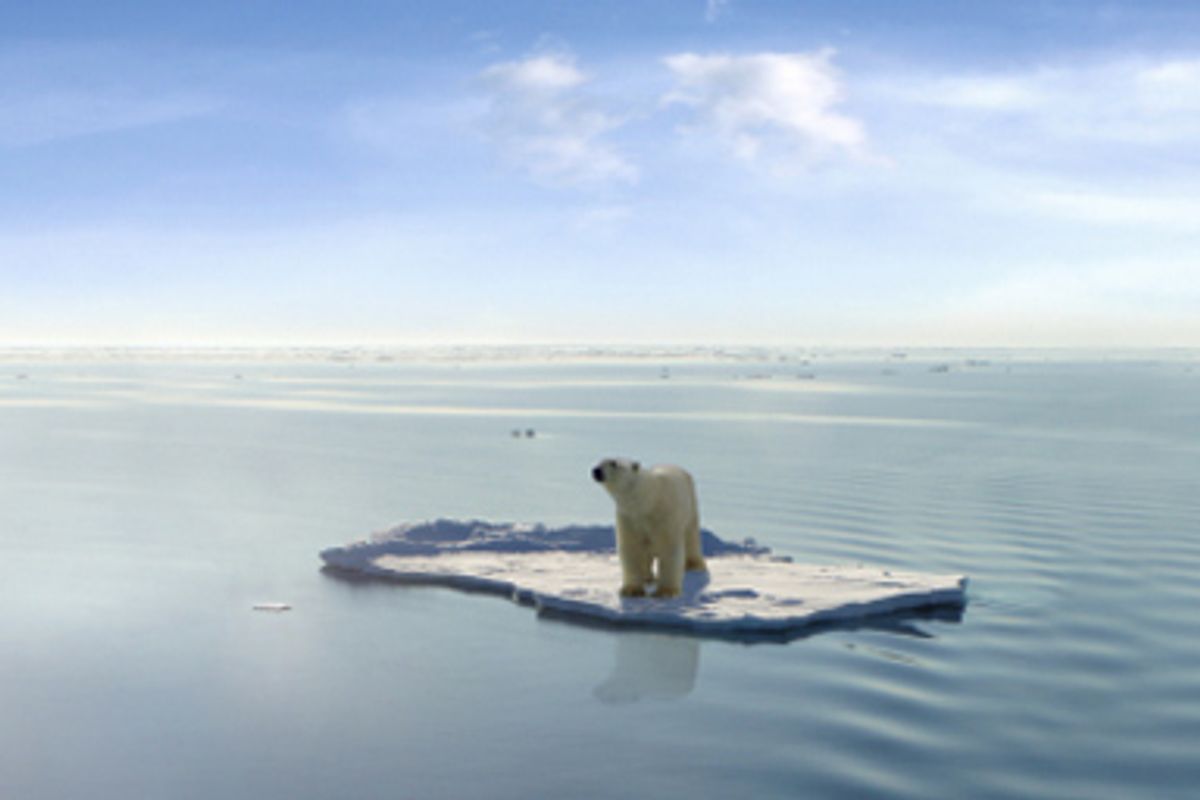 Exhibit A: In recent weeks, three power utilities, Exelon, PG&E and PNM Resources, announced their resignations from the U.S. Chamber of Commerce, citing the Chamber's opposition to climate legislation.

However, Eric Wohlschlegel, a spokesman for the chamber, said that the group's position had been misrepresented in media reports. "We've never questioned the science behind global warming," he said in a telephone interview. Instead, the chamber is questioning the science behind the Environmental Protection Agency's recent finding that greenhouse gases pose a danger to public health and welfare -- a finding that triggers a legal requirement for the agency to regulate them.

Wohlschlegel's first sentence, "We've never questioned the science behind global warming," is, as Wonk Room's Brad Johnson definitively documents, "a blatant falsehood, by any definition." One only has to return to August, when the chamber called for a "Scopes Monkey Trial" on the question of man-made climate change, to appreciate the outrageous brazenness of Wohlschlegel's assertion. From the L.A. Times:

"It would be evolution versus creationism," said William Kovacs, the chamber's senior vice president for environment, technology and regulatory affairs. "It would be the science of climate change on trial."

Judging by his decades-long history of belittling the evidence supporting the theory of anthropogenic global warming, one assumes that Kovacs was equating the consensus view of the vast majority of climate scientists to creationism. That is a mighty neat trick -- and widespread ridicule forced the Chamber to quickly disavow it. But no matter how quick the backtrack, it doesn't change the fact that Wohlschlegel flat-out lied to the New York Times.

OK, big surprise -- a lobbyist didn't tell the truth. One can reasonably ask: Has it ever been any different?

Or is there a different quality to the state of discourse today? Are the crazies crazier? Or do they just think people are getting dumber?

Which brings us to Exhibit B: "CO2 is Green" -- a television advertisement bankrolled by a former oil industry executive, targeted at the second half of Wohlschlegel's quote -- the finding by the EPA that greenhouse gases are pollutants that can be regulated under the provisions of the Clean Air Act.

As released on YouTube, here is how the ad is summarized by user "CO2isgreen":

We all need CO2. CO2 is not pollution. Higher CO2 will help the Earth's ecosystems. Support more plant and animal life.

How increased levels of CO2 will affect plant and animal life on this planet is an extraordinarily complex question. In some regions, sure, greater precipitation and higher atmospheric levels of CO2 could boost plant growth. But in other regions, rapid temperature change, drought, and rising sea levels could result in mass species extinction. We don't know for sure what will happen -- but it's reasonable to assume that the faster temperatures rise, the more disruption and biosphere chaos will ensue. It's also reasonable to think that we might want to have second thoughts about conducting such a massive, uncontrolled experiment on the earth. We might want to be more cautious in assuming that human civilization, not to mention plants and animals, will adjust painlessly to a future in which we continue to pump historically unprecedented amounts of carbon dioxide into the atmosphere.

The political discourse over climate change suggests, however, that our culture has lost whatever capacity it once may have had to embrace complexity. Or at least that's the first thought that comes to mind when one contemplates the rhetoric of the opponents of climate change legislation. I suppose a more optimistic framing would be to think that their increasingly blatant misrepresentations of the scientific consensus are little more than the last-gasp thrashing about death throes of a defeated Goliath? But I wouldn't bet on it, because it is becoming increasingly difficult to keep up with the lies.