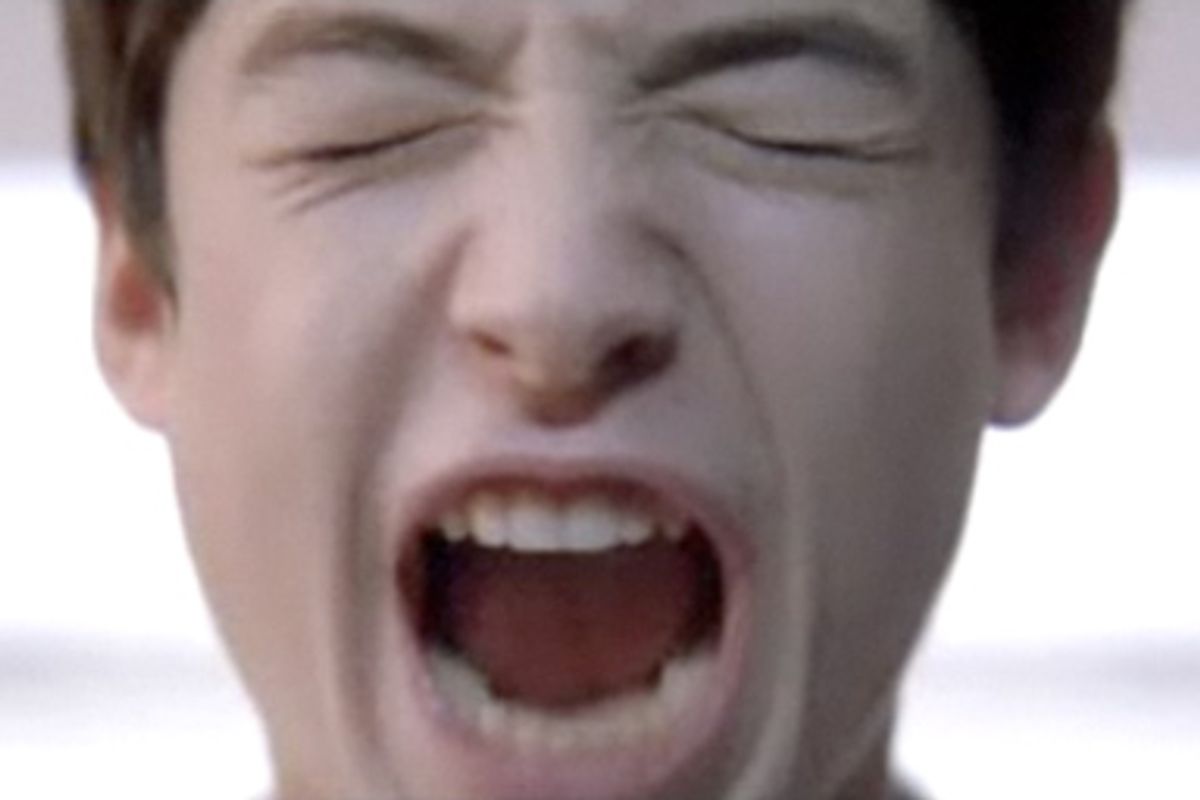 A still from "Afterschool"
-- When "Afterschool," the impressive debut feature from the young American director Antonio Campos, first appeared on the festival circuit last year, it got described in various quarters as the first important movie of the YouTube generation. I fully understand how obnoxious that sounds -- and I'm eager to steer you away from such cliché snap judgments. While it's true that Campos uses such elements as cellphone videos, online porn clips and camcorder footage supposedly shot by the film's characters, those things are narrative tools or flavoring ingredients, and never the movie's point. If anything, "Afterschool" tells an archetypal story of prep-school alienation, reminiscent of both "Catcher in the Rye" and "Portrait of the Artist as a Young Man."

While I can imagine that some viewers will find "Afterschool" chilly or off-putting, it's both a supremely controlled exercise in form and tone and an intriguing exploration of the ways new technology intersects with age-old questions of dominance, control and individuality, particularly in the school setting. You'd have to call Rob (Ezra Miller), a sophomore at a fictional East Coast boarding school called Bryton, the protagonist of "Afterschool," even though he remains unreadable to us, and to the other people at Bryton, for most of the film. During a phone call home, early in the movie, Rob tells his mother that no one at Bryton likes him, and that he doesn't think he's a good person.

That's about the only clue we get, and it's none too clear: Rob certainly isn't the most popular kid at Bryton, but he isn't a Trench Coat Mafia outcast either. He gets along OK with his dissolute drug-dealer roommate, Dave (Jeremy Allen White), and Amy (Addison Timlin), who volunteers to be his partner in audio-video club, is decidedly cute and drops hints about her desire to lose her virginity. It's true that Rob likes to watch some pretty disturbing online porn -- but, hey, you know, kids these days. Rob is shooting video alone in a Bryton corridor when he witnesses a pair of legendary seniors, twin sisters and frequent customers of Dave, come reeling out of the girls' bathroom, one of them already unconscious and the other bloody and screaming.

We see the twins' overdose through Rob's viewfinder, in an extreme long shot, and although the events appear straightforward, the rest of the movie builds up an ominous ambiguity that suggests Antonioni's "Blow-Up," or the video-obsessed work of Michael Haneke. Officially, Rob doesn't know these two girls, and that's what he tells the cops. He doesn't tell them that he's been asking Dave to introduce him to the twins, who are the dominant butterflies of Bryton's social scene, and he doesn't say that, like almost every other student at Bryton, he suspects that Dave sold them contaminated cocaine he picked up in New York.

There is a mystery here, of sorts, about exactly what it is that Rob's camera captures -- and about his detached, peculiar reaction to seeing the two stricken girls -- but the deeper mystery of "Afterschool" is harder to put into words. Campos moves the camera only rarely and with deliberation, creating a series of confident, off-center images that capture the details of Rob's world: fluorescent lights, white walls, untucked shirts, the backs of people's heads; the legs and cleavage (but not face) of an attractive English teacher; the faux-Anglo elegance of Bryton, which can't quite mask the sub-rosa warfare between upperclassmen and newbies, teachers and students, the administration and the wealthy parents it serves.

Maybe one of the film's questions is whether this school, which so spectacularly failed the two girls, can do anything for Rob, as he sinks further into inarticulate depression and rage after the incident. It's a question with an obvious answer, unfortunately; the best we can hope for is that he limps out of Bryton heavily medicated but alive, either by graduating or being expelled. (It hardly seems to matter.) Campos' clearest statement, in this powerful breakthrough film, comes in the video tribute to the overdose twins that Rob shoots and edits: It's ambiguous, unadorned, full of hesitant moments and long takes. It depicts the school's headmaster (Michael Stuhlbarg, also the star of the Coen brothers' "A Serious Man") as a pompous buffoon and the students as totally baffled about what to say or think. It's absolutely terrific. School authorities hate it, of course, and have it reedited to fit the bill: maudlin and conventional sentiment, set to piano music. As Campos sees it, it isn't just that nobody at Bryton, Rob included, understands exactly what happened. It's that nobody wants to know.

"Afterschool" is now playing at the Cinema Village in New York, with more cities to follow. It's also available on-demand via IFC In Theaters, on many cable-TV systems.