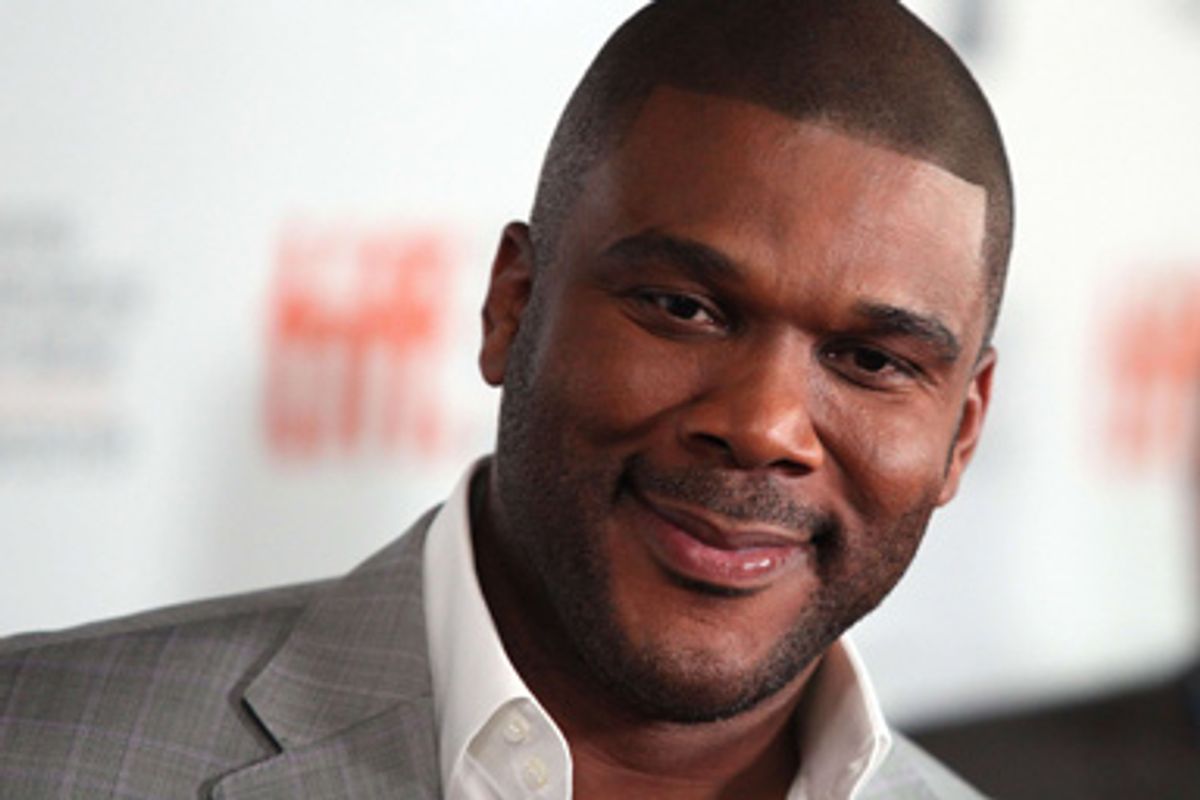 He’s a one-man brand – an actor, writer, director and producer with a string of hit movies, a successful syndicated sitcom, and a best-selling book. His characters are divisive, his projects controversial, and his income and influence make him one of the most powerful individuals in entertainment. On Saturday, Tyler Perry, who executive produced the Oscar-buzzed forthcoming movie "Precious," spoke on his Web site of being something else -- a survivor of physical and sexual abuse.

“I'm tired of holding this in,” he began. “I don't know what to do with it anymore, so, I've decided to give some of it away.”

Perry has in the past conceded a “rocky” relationship with his father, Emmitt. In September, he told CNN he’d like to talk to Chris Brown because both of their mothers have been in “abusive” relationships. Now, however, inspired after an early screening of "Precious" (based on Sapphire's graphic, brutal novel "Push"), he has decided to come forward with more details of his early life.

On his Web site this weekend he wrote about the mother of a childhood playmate. “I was at the front door trying to get out, when she came in and laid on the sofa and asked me if I wanted the key … She put the key inside of herself and told me to come get it, pulling me on top of her.” He wrote about his father “mercilessly” beating him “until the skin was coming off my back.” He wrote about a man from his childhood church who’d died recently, and the family asking for help paying for the funeral. “I quickly said no, but I wish I would have said yes," he said. "There is something so powerful to me in burying the man that molested me. I wish I would have dug the grave myself.” He wrote of his father attempting to molest a neighborhood girl.

It’s a brutal, heartbreaking, unflinching litany of more pain than any child should ever endure. And in the end he said, “I have to take on the responsibility of forgiving all of those people. I owe it to that little boy that I was and, more than that, I owe it to the man that I am … Forgiveness has been my weapon of choice. It has helped to free me.”

The response on Perry’s message board was immediate and overwhelming -- an outpouring of support and a devastating number of similar tales. On and on it goes, for hundreds of posts: “I was sexually abused by my father and my aunt.” “Mine was spousal abuse.” “I do remember things that I just have not told anyone, and it's hard, because I don't think anyone will believe.” “What's a little molestation when it comes from your own older sibling right? I haven't mentioned this to anyone and I constantly try to push it to the far corners of my mind to escape it.”

Though other celebrities, notably "Precious" producer Oprah Winfrey, have come forward in the past with their own stories of childhood abuse, Perry is unique. He’s easily the most famous man to talk about being molested, and he’s forthright about being abused by both a male and a female. Though accurate data is hard to come by, the Lucy Faithfull Foundation estimates approximately 15 percent of sex abusers are women.

Perry’s revelations are certainly well-timed to the opening of a movie whose themes of physical abuse and incest make it a potentially tough sell. And his forthrightness doesn’t make his “patriarchy in drag” track record with Madea and his other female characters any more enlightened or sensitive.

It does, however, remain the boldest, bravest act of his career. It’s inspiring a dialogue among his fans and fellow survivors, one that can be summed up by the poster who wrote, “No secret is worth your soul. There are so many children, young adults and adults hiding behind these secrets.” Perry, a deeply religious man, describes himself today as “grateful.” For the people who read his words and see something of themselves in a message of survival and near unfathomable forgiveness, the same word applies.