Bill Ayers jokes: "I ghost-wrote 'Dreams From My Father.'" Conservative bloggers: "We knew it!" 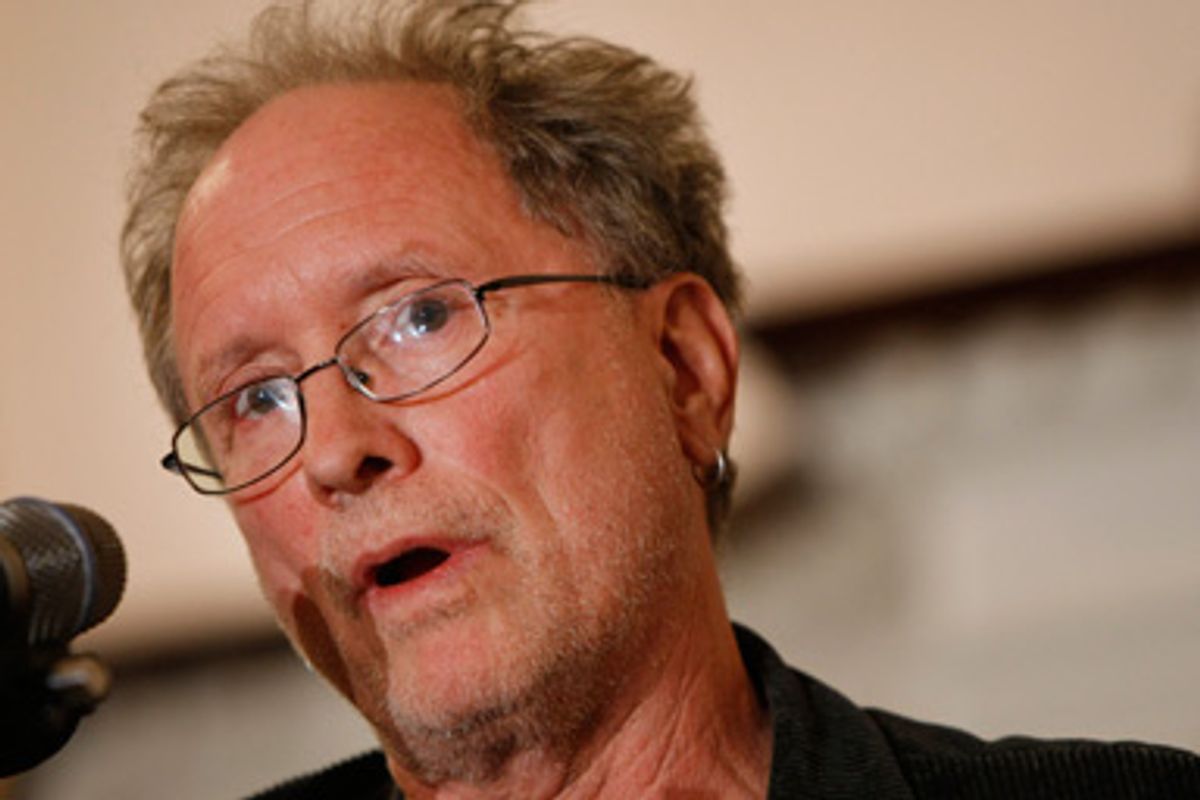 William Ayers speaks about his two books to an audience at the All Souls Church, Unitarian in Washington, Monday, Nov. 17, 2008.
--

It’s the question tearing the nation apart: Who really wrote Barack Obama’s first book, "Dreams From My Father"? You see, only Obama-worshiping sheeple think that the president would have been capable of penning that memoir. No, it must have been someone else. Someone close to Obama -- a guy in the neighborhood perhaps. Someone who also writes books. You see where this is going, don’t you? Bill Ayers wrote "Dreams From My Father." There's no other explanation.

This theory seems to spring up every few months, gain a minor following in the more credulous pockets of the right-wing blogosphere, and then die down a bit. Well, today it’s back once more, and with its strongest piece of "evidence" yet, the Ayers-as-ghostwriter camp has gained a whole pile of online attention, and they even got credence from people like the National Review's Jonah Goldberg.

Here’s what happened: A conservative blogger by the name of Anne Leary ran into Ayers buying coffee in an airport. Recognizing him, she started talking to him in what seems to have been a rather unfriendly manner. Leary identified herself as a conservative blogger and took Ayers’ photo, presumably to prove the encounter happened, and shortly after, he dropped this bombshell:

Then, unprompted he said--I wrote Dreams From My Father. I said, oh, so you admit it. He said--Michelle asked me to. I looked at him. He seemed eager. He's about my height, short. He went on to say--and if you can prove it, we can split the royalties. So I said, stop pulling my leg. Horrible thought. But he came again--I really wrote it, the wording was similar. I said I believe you probably heavily edited it. He said--I wrote it. I said--why would I believe you, you're a liar.

He had no answer to that. Just looked at me. Then he turned and walked off, and said again his bit about my proving it and splitting the proceeds.

A few bloggers just didn’t have the willpower to resist bait that tantalizing. At Examiner.com, James Simpson speculated that the stress of mounting evidence of his crimes cracked Ayers’ otherwise steely communist discipline, causing him to spill the beans. Powerline’s Scott Johnson weighed the evidence and decided that Ayers was probably joking. Still, he noted, “I think it's fair to say that Ayers is a good [ghostwriter] candidate.”

Most prominently, the National Review’s Goldberg, who had previously dismissed the theory, wondered if he should reevaluate. Wrote Goldberg:

If it pans out, that is to my mind a very big story. Stay tuned. But I do think I should revise my earlier pooh-poohing of Jack Cashill's effort to prove the Ayers-Obama connection. A while back, a close friend of mine (and a pretty famous person in NR land) harrangued me about how I didn't give Cashill's argument enough attention or consideration and that it makes a pretty persuasive case. This friend then walked me through it for a while and I was impressed.

Meanwhile, at Townhall.com, Carol Platt Liebau asked, “One has to wonder why no one in the MSM [mainstream media] ever thought of simply asking ‘Professor’ Ayers the same question. Will anyone in the MSM bother to follow up?”

Funny thing -- someone in the MSM went and did that. The National Journal asked Ayers about the book over the weekend.

When he finished speaking, we put the authorship question right to him. For a split second, Ayers was nonplussed. Then an Abbie Hoffmanish, steal-this-book-sort-of-smile lit up his face. He gently took National Journal by the arm. “Here’s what I’m going to say. This is my quote. Be sure to write it down: ‘Yes, I wrote Dreams From My Father. I ghostwrote the whole thing. I met with the president three or four times, and then I wrote the entire book.’” He released National Journal’s arm, and beamed in Marxist triumph. “And now I would like the royalties.”

After seeing that piece, Goldberg wrote a sparse update, with the above quotation and the comment, “It sounds like Ayers is jerking some chains.”

Who says lefties have no sense of humor?

Update: The Daily Beast e-mailed Ayers looking for comment, and got this response from him: "You've all lost your minds. Best of luck in the twilight zone.”