The MSNBC host dedicates his entire show to healthcare reform -- but did he help the cause? 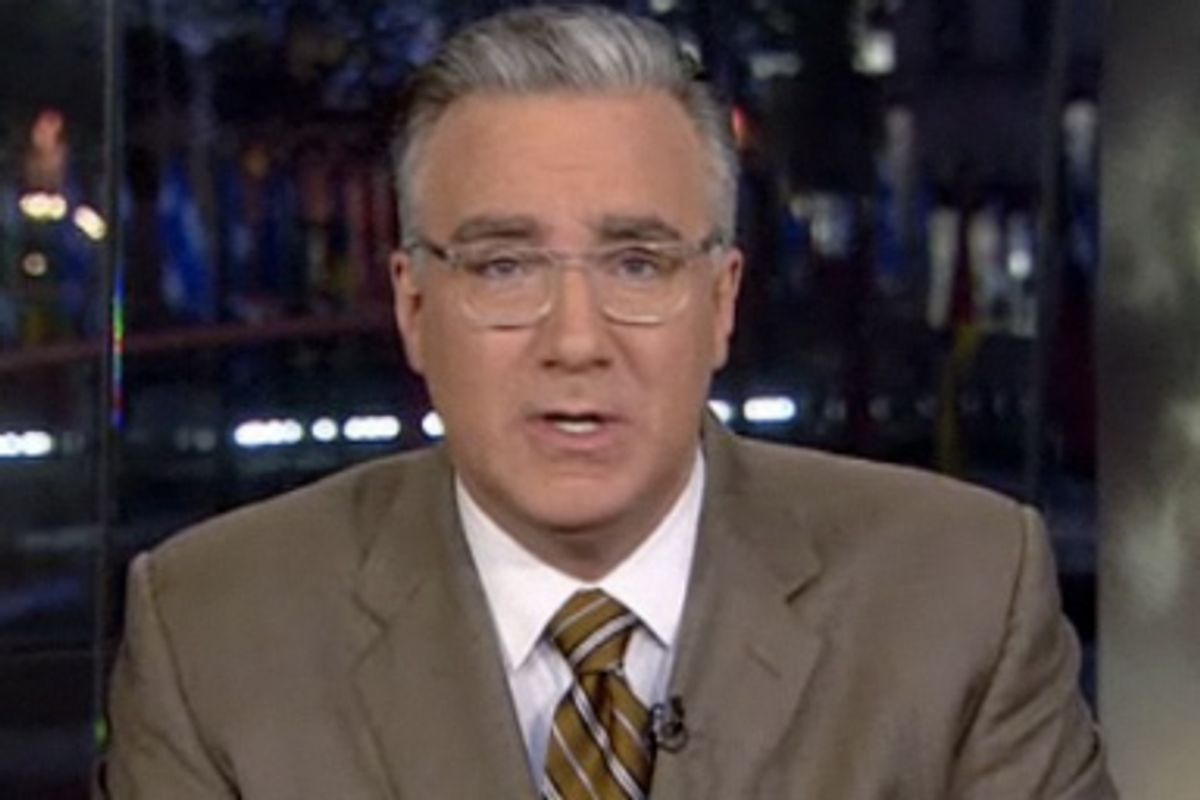 Keith Olbermann wants you to listen to him.

That was, essentially, the message of Wednesday night's "Countdown." The entire hour was dedicated to a "Special Comment" -- Olbermann-ese for an editorial -- about healthcare reform. But the point didn't seem to be to pass reform legislation; the point appeared to be to chastise everyone involved in it, on either side, and to declaim about the nature of the system. Where Olbermann could have explained what the legislation would do -- and taken on the myths against it -- instead he spent his time making solemn pronouncements. The very title of the show predicted it would all be a bit over the top: "Healthcare Reform: The Fight Against Death."

"I do not want to yell," Olbermann began. "I feel like screaming, but everybody is screaming." Fair enough, though the screaming appears to have tapered down significantly over the last six weeks. Never mind that. Looking more melodramatic than usual, Olbermann introduced the show by noting that since Aug. 23, when his elderly father fell out of bed overnight, he had "interacted daily with our American healthcare system." The experience was chilling: "I have experienced with growing amazement, and with multiplying anger, the true state of our hospitals, our insurance businesses, our hospitals, our pharmacies."

Of course, millions of Americans already experience that state; that's why polls show, notwithstanding the vehement opposition to reform over the summer, the public is still open to the idea. Trying to relate to viewers, Olbermann kept relating details about his father's illness -- potential kidney failure, dehydration, an agonizing 24 hours stuck by his bedside.

The story was sad. But Olbermann's sudden sense of wonder at a broken system seemed misplaced somehow. The problem isn't that people don't know how messed up things are; the problem is that a handful of lawmakers appear to be afraid to do anything about it. And for Olbermann to go on and on about his father's case -- which, by the way, seems to be going well, thanks to Olbermann's money and his father's insurance -- didn't seem to do much to help the cause of passing reform. There are plenty of people whose experiences with the healthcare system argue for reform, but the Olbermann family's mostly seemed to be a tale with a happy ending.

In between personal segments, Olbermann diagnosed what he felt were the problems with the reform effort. Take the public option. Its trouble, Olbermann insisted, is its name. "Political speak," Olbermann said. "It is legalese. It is the ego of the informed strutting down the street and saying, 'Look at me, I talk smart.'" (Perhaps not the most cutting insult, coming in the middle of an hour-long monologue.) Instead, Democrats should have called it "Medicare for all," he said. Except the public option would not be Medicare for all. Only people whose companies don't provide insurance, or some small businesses that can't afford private plans now, would even have the choice to enroll in a public insurance plan. And anyone who signs up with a public plan would have to pay a larger monthly premium than they do for Medicare. (Correction: this post originally said Medicare recipients don't pay a premium at all.)

Olbermann knew all that. Calling the public option Medicare for all "might not be literally true, but instead of terrifying, it would be reassuring," he said. Explaining how it would work -- or why the Senate Finance Committee is resisting putting it in the bill -- might have been a more productive use of his time.

The "Special Comment" took on all sorts of issues that didn't appear to have much to do with the healthcare debate. Olbermann engaged in a rhetorical battle with Winston Churchill, who had opposed national health insurance in Britain after World War II (and, Olbermann said, lost his government for it). He won the fight, for what it was worth, by digging up a Churchill quote from the 1930s where the former British prime minister insisted government had a right to provide for people's well-being. But what was the point? Churchill is dead; the healthcare reform plan isn't remotely modeled on Britain's National Health Service; the only people who think it is are the conservative opponents of reform. The same went for Olbermann's references to 1840s Manchester, or his lengthy discussion of corporate-owned life insurance, the point of which seemed to be that corporations are greedy. (Breaking news.)

Insurance companies, rightly, came in for a special lambasting. "We must recognize the enemy here," Olbermann said. "It is an enemy capable of perverting reform meant for you and me into its own ATM." But again, Olbermann mostly ignored what's actually happening, in favor of preaching to the choir, rather than explaining the situation. He told viewers not to think of doctors or pharmacists as their enemy, but how many do? "The time has come to realign this battle here so that it is not just us against the entire medical establishment," he said. Most of the medical establishment -- including doctors and pharmacists -- is still on board with reform, and many industry groups don't even oppose a public option the way insurance companies do. And he couldn't help going overboard here, either. "You shall not crucify mankind upon a cross of blue," Olbermann said, paraphrasing William Jennings Bryan.

By the end of the hour, Olbermann had stopped declaiming and come up with something that might be able to do something about it all. His initial impulse was to call for an insurance strike, he said. But that would just make the problem worse. So instead he asked viewers to join an effort by the National Association of Free Clinics to sponsor clinics in five cities -- Little Rock, Ark.; Butte, Mont.; Las Vegas; Baton Rouge, La.; and Lincoln, Neb. -- represented by Democratic senators who could vote to stop a GOP filibuster against healthcare reform.

It was a call to action, and it could help bring about change. If only you could say the same about the rest of the show.