Critics' Picks: The comedy of Asperger's

As Abed on "Community," Danny Pudi is overeager, offensive, exasperating -- and hilarious 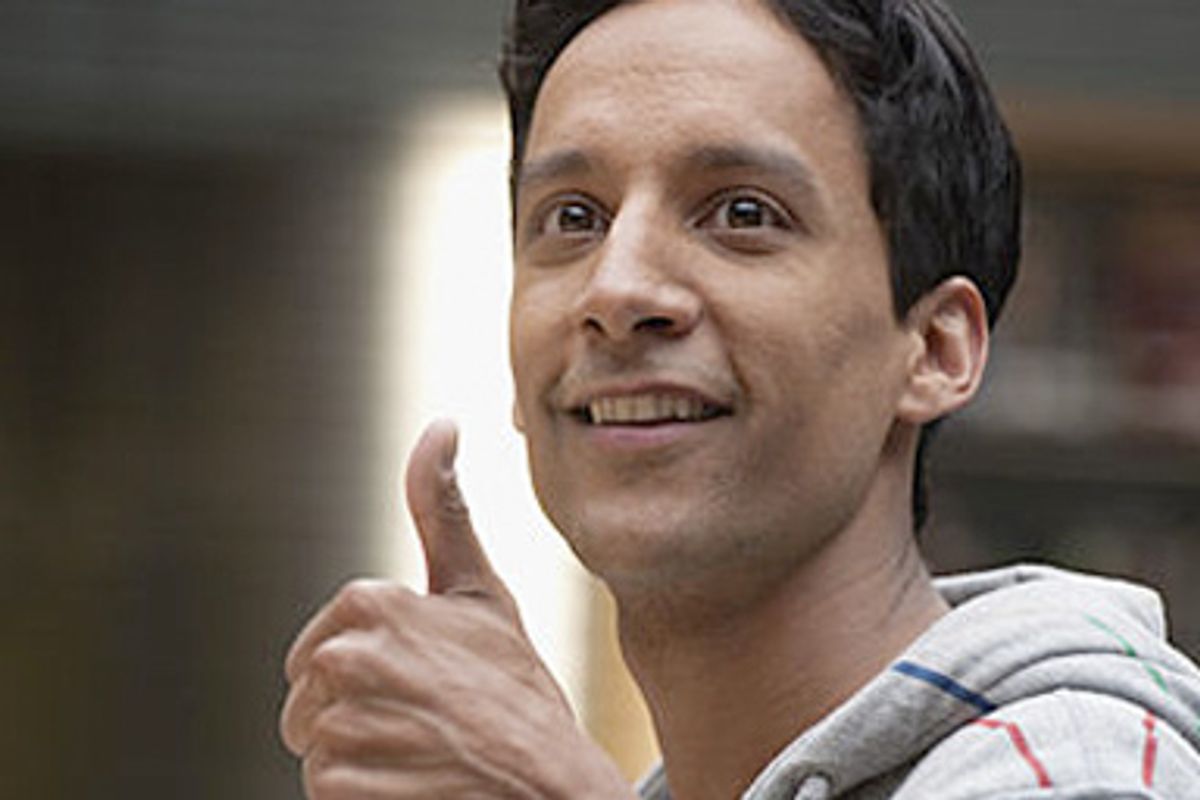 Even among the misfits of Greendale Community College, Abed stands out. As Danny Pudi plays him on NBC’s blissfully warped “Community,” Abed is overeager, socially awkward and almost always inappropriate. He has, as one character tells him, “a disorder” he might want to look up. More explicitly, it would appear Abed has Asperger’s, a condition better known to smirking denizens of Greendale as “assburgers.”

In just three episodes, Abed has evolved from a potentially cruel punch line into a nuanced, fascinating and, thank heaven, still hilarious character, one who observes that documentaries are “like real movies but with ugly people.” His frequent cluelessness is a rich source of comedy, but he keeps the upper hand by being the source of the joke instead of the butt of it.

Last week, Abed, spurred by a classmate, took an introductory filmmaking class. His new obsession threatened to alienate everyone in his life, particularly his conservative, immigrant father. But in a witty scene with just the right amount of pathos, Abed showed his dad his short film -- a weird, dark little take on his mother’s abandonment. He had, movingly, found a way of expressing himself. And then he said something offensive.

The pleasure of Pudi’s performance is the way he lets Abed be as utterly exasperating as he is bright and talented. He’s not the huggable romantic hero of “Adam”; he’s just another goofus in the ensemble. Watch Pudi rap in Spanish or try his hand (and foot) at crunking, and behold the joy of an actor being funny without making fun.