Storytime: Children tell their own tales

Want to hear a really good story? Turn off your TV and turn toward the nearest 4-year-old

By Introduction by Daniel Handler 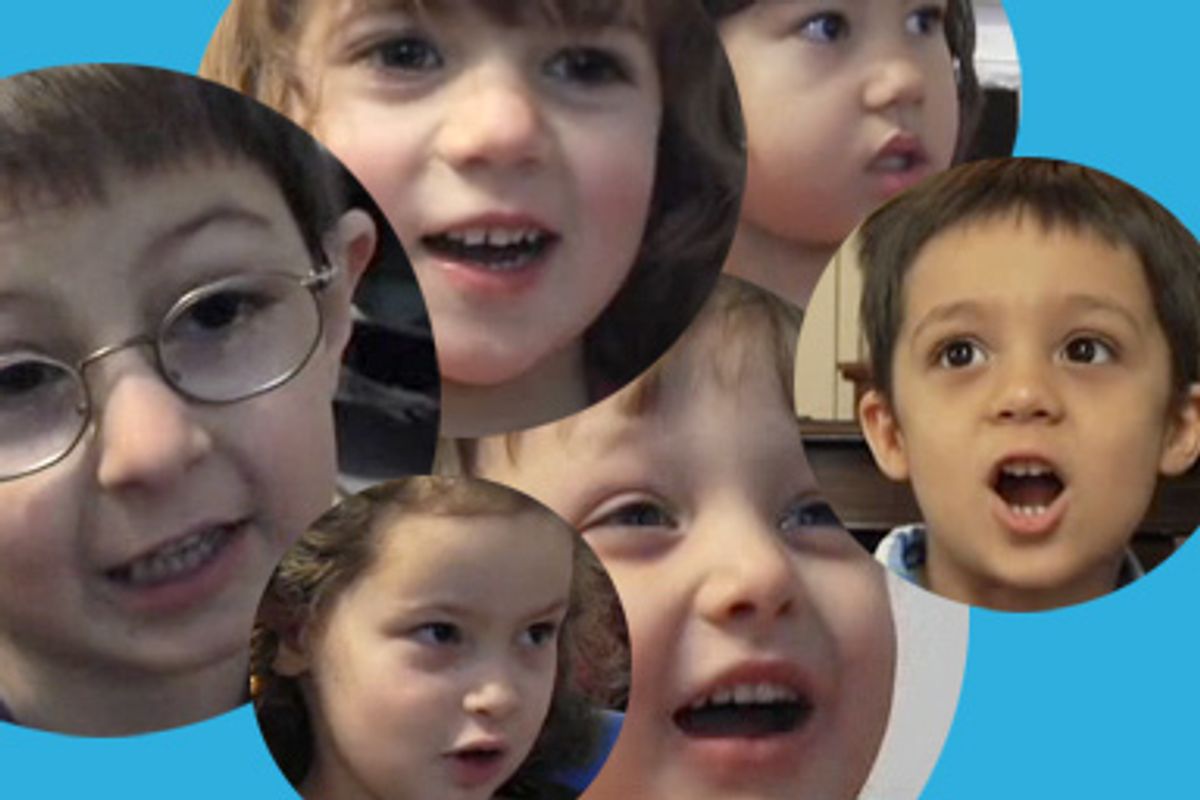 The kids from Storytime
--

As a children's author, I am often accused of being a child at heart, and while my standard reply -- "Are you saying that my wife is a pedophile?" -- tends to silence my attackers, there's something about the charge that sticks, as many a party will find me in the backyard chatting with its youngest guests. I swear to God (i.e., Beverly Cleary) that I’m not there because I subscribe to the specious and lunkheaded notion that children are unspoiled spouters of true wisdom. (Let's mothball that idea, next to the one that African-Americans are inherently rhythmic and Latinas can't be on the Supreme Court.) I'm merely looking for the most interesting conversationalists. If I could find an adult icebreaking with "Last night I dreamed I was a horse" or "Tree frogs have big eyes," I'd drink with them instead.

Conversation, of course, is the stuff of life -- stories and ideas, refracted out loud through the mind of the individual, an always unreliable but nevertheless illuminating prism. Since its founding, Salon has provided a space for much scintillating conversation, but curiously its contributors have been almost overwhelmingly adults. This is a surprising exclusion, as children are the only people who could afford to live on what Salon pays, and a sad deficit, as there are many young people whose cultural commentary has all the startling acumen of Glenn Greenwald, the imaginative enthusiasm of Joan Walsh and the far-flung baffle of Camille Paglia. (Don't believe me? That's probably because you're in the living room talking about real estate.)

At long last this state of affairs has been improved, and the kids' table, with its fierce arguments, hysterical jokes and messy desserts, has been dragged into Salon's salon. Storytime is a brave feature in which young people interpret the world, in the pixelated medium of Web video. Much of the commentary here is literary in nature, which makes sense, as children are the most well-read cross section of the population. (A 5-year-old of my acquaintance can reread a novel -- "Naked Mole Rat Gets Dressed" is a recent favorite -- five times in a sitting. I'd like to see Laura Miller try that with "Middlesex.") But their remarks, like those of any great critic, from Stephanie Zacharek to Ruben Bolling, often stray into moral inquiry, aesthetics, selective summary and even the vast, Proustian territory of autobiography. It is fascinating to behold, a most welcome addition to any site that seeks to reflect the world's reflections.

So why not stop reading this -- you probably already have -- and see for yourself? Take a look at people whose ideas you may have overlooked, if only because you were looking over them. Listen to what is being thought about giant pigs and trickery and things that are like a human and a fish. See how your own literacy and philosophy stacks up against that of individuals who will likely outlive you and will soon enough find themselves at your sorry age, sighing at the world we've left them. Some of it you will not understand. Some of it, as with Garrison Keillor, will leave you sputtering with what, at a distance at least, might look like indignation. But Storytime will not cease to entertain and engage. There are some in the audience who will doubtless say they find the whole thing cute. To which I say: Aww. Adults say the darndest things.

Salon interviewed several students at Little Missionary’s Day Nursery, known as "Little Mish."  We asked each child to tell us a story, and what follows are some of our favorite responses: familiar tales, imagined epics and a hefty dose of nonsense. The videos were filmed and produced by Caitlin Shamberg.

Nehru: "And then he shooted the princess!"

Alice: "They didn't recognize Cinderella. They kind of did, because of the hair."

Mayim: "It was a very cool shell. We bringed it home. I put it in the refrigerator."

Broderick: "Because they wanted their toys!"

MORE FROM Introduction by Daniel Handler