Nativism is dangerous to our health

Swine flu doesn't discriminate. Universal healthcare coverage should cover everyone -- including the undocumented 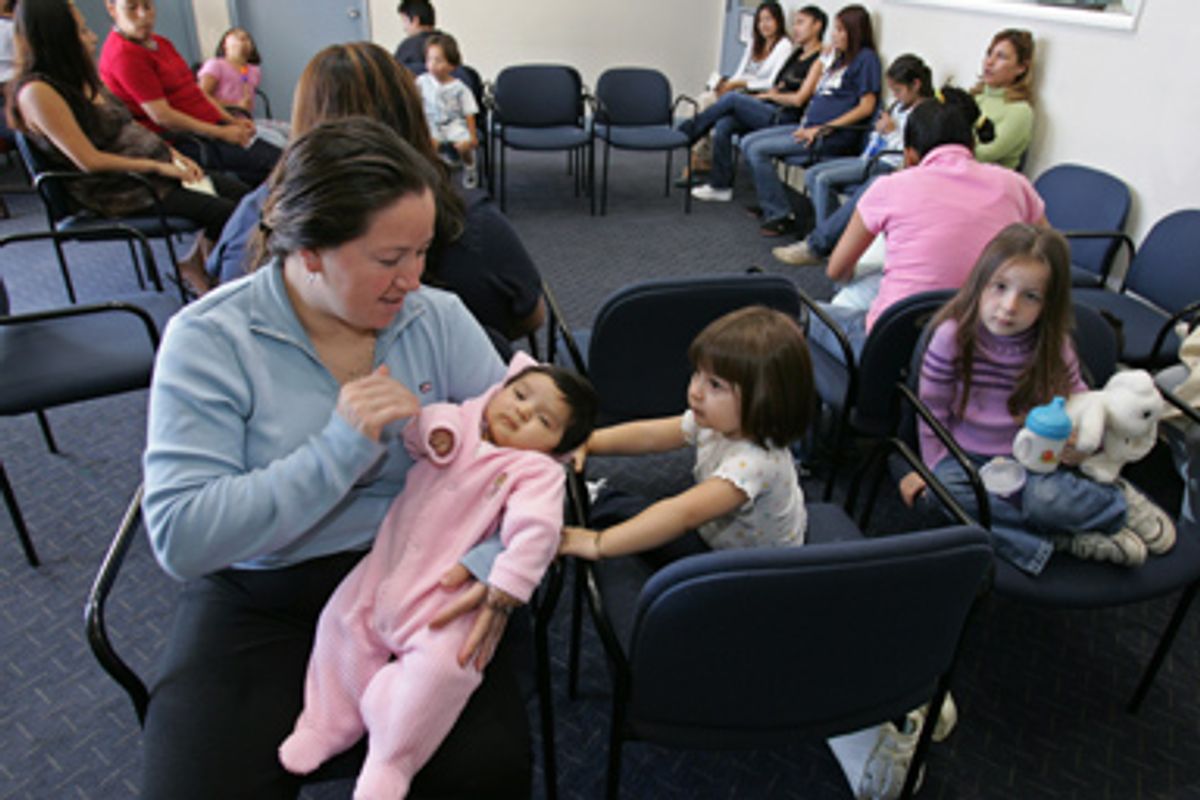 Of all the wingnut mythology surrounding healthcare reform, nothing has stirred greater fury or louder denials than the suggestion that government might somehow provide insurance to America's undocumented workers and their families. "You lie!" screamed Rep. Joe Wilson as the President told Congress that his plan would provide no coverage to them. "No, we don't!" replied the Democrats, who scrambled to make sure that the undocumented are excluded by statute.

Yet as the nation prepares for a possible swine flu pandemic this winter, we are learning that the firm determination of both parties to deny medical care to people without papers is actually quite flaccid. Even the most hysterical immigrant-bashers seem content to allow the government to vaccinate immigrants against the H1N1 virus (unless, that is, they happen to be among the right-wing chorus that suspects vaccination itself to be a nefarious socialist plot). Even they seem to realize that viruses don't discriminate on the basis of citizenship -- although they wrongly tried to blame last spring's first outbreak of swine flu on the Mexicans among us.

Rather timidly, President Obama has suggested that the children of illegal immigrants might have to be considered an exception to the rule, since they will inevitably come in contact with the offspring of legal citizens. He didn't explain how unvaccinated and infected adults would avoid contact with their own children, or how they would avoid passing the virus on to the people they serve in the businesses and industries that employ them by the millions. And of course, the Centers for Disease Control is wisely ignoring such invidious distinctions and is now urging everyone, regardless of status, to get vaccinated as soon as the medication is available.

That everyone tolerates the current emergency exception, regardless of ideology, reveals much about the furious resistance to healthcare for the undocumented. Public health experts and many health economists have always considered that bipartisan opposition to be stupid as well as cruel. Not only would we protect ourselves and our children from communicable diseases more effectively if everyone had access to insurance and regular care, regardless of status, but we might even be able to reduce the rising cost of insurance (and diminish the attractiveness of hiring illegal workers).

So let us consider the strange moral perspective of the nativists and the politicians who serve as their echoes. According to them, it is wholly permissible to let the "illegals" and their children suffer from illness and even die prematurely, so long as their condition poses no threat to the rest of us. To those who consider healthcare a human right rather than a privilege of wealth, this is obviously an outrage. But even those who reject the ideals of solidarity and Scripture suddenly worry about their neighbors when a cough or a sneeze, on a bus or in a restaurant, can threaten them and their families.

The problem with that easy moral exception is that the effects of persecution don't fade away so conveniently. When the same people who have been trying to round you up and put you and your family in a detention camp abruptly put on a smiley face and urge you to come in for a vaccination -- promising not to place you under arrest this time -- they have no credibility.

More to the point, many cases of serious communicable disease, such as flu or tuberculosis, tend to be discovered by doctors during routine examinations, or when patients show up complaining of symptoms that seem unrelated. So protecting public health is accomplished far more effectively when everyone has insurance coverage and receives regular preventive care.

Among the most ironic aspects of the debate over truly universal coverage is that allowing undocumented workers to buy into a public option or an insurance exchange system would almost certainly reduce costs for everyone. That's because illegal workers actually tend to be younger and healthier than average, and because many of them return to their home countries before they become old enough to make major demands on the health system. (The same principle applies to Social Security, a system supported by contributions from undocumented workers who never draw any benefits from it.)

In other countries, most notably under France's excellent system, the public is smart enough to protect itself from disease and compassionate enough to protect all within their nation's borders. Too bad we only seem able to achieve that level of wisdom when we think we have glimpsed the apocalypse.