Video: A crowd of protesters with wildly diverse aims clamors for the president's ear in San Francisco 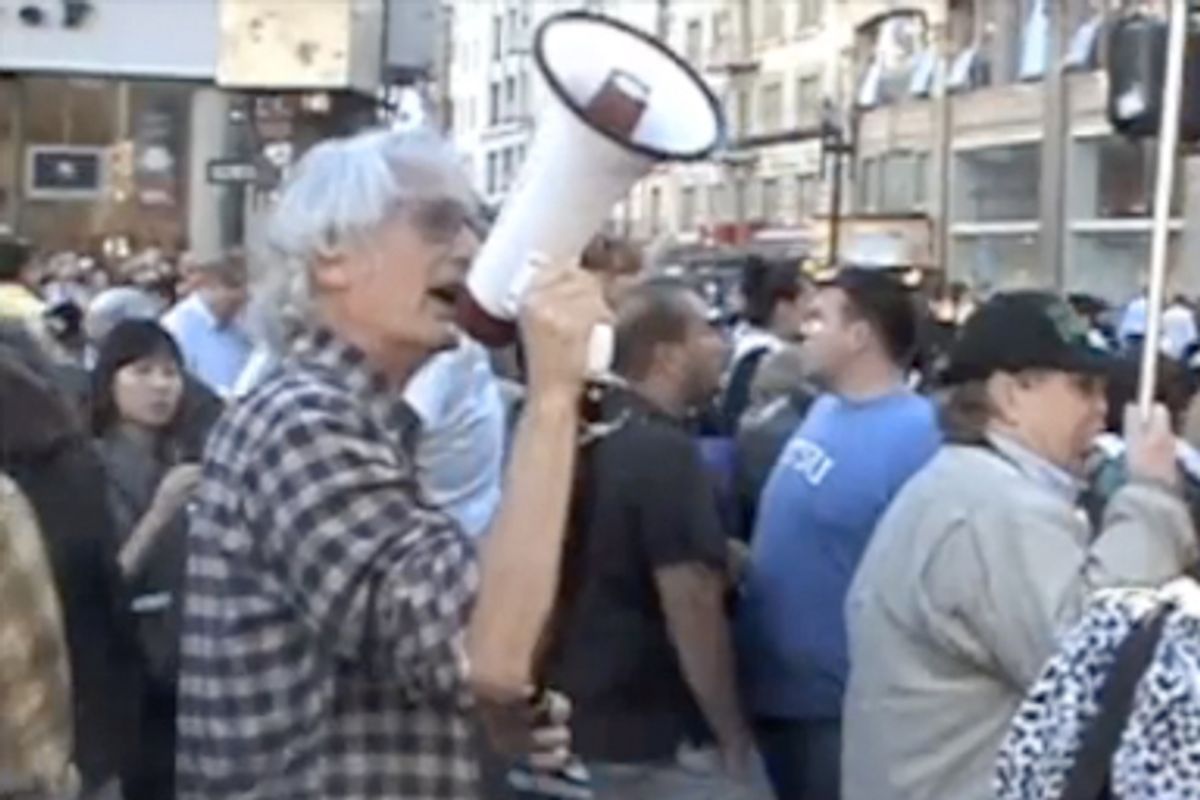 About 700 protesters gathered in front of the Westin St. Francis Hotel in San Francisco's Union Square Thursday, where President Obama spoke at a private fund-raiser.

About two-thirds of the demonstrators could be described as coming from the left side of the political spectrum. Demands included military withdrawal from Iraq, putting an end to healthcare reform and increasing intergalactic diplomacy.