Why Wall Street reform is stuck in reverse 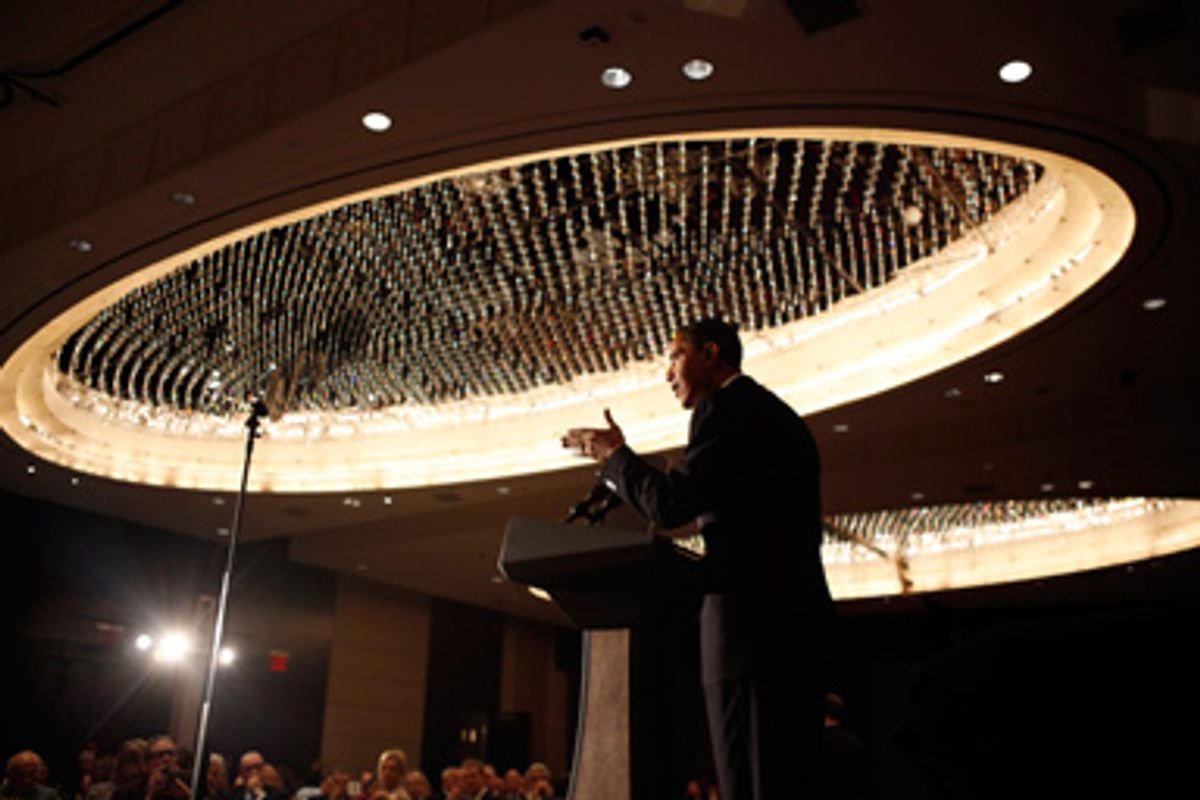 At a conference in London, a Goldman Sachs international adviser, Brian Griffiths, praised inequality. As his company was putting aside $16.7 billion for compensation and benefits in the first nine months of 2009, up 46 percent from a year earlier, Griffiths told us not to worry. “We have to tolerate the inequality as a way to achieve greater prosperity and opportunity for all,” he said.

Eight months ago it looked as if Wall Street was in store for strong financial regulation -- oversight of derivative trading, pay linked to long-term performance, much higher capital requirements, an end to conflicts of interest (i.e. credit rating agencies being paid by the very companies whose securities they're rating), and even resurrection of the Glass-Steagall Act separating commercial from investment banking.

Today, Congress is struggling to produce the tiniest shards of regulation that would at least give the appearance of doing something to rein in the Street.

What happened in the intervening months? Two things. First, America's attention wandered. We're now focusing on health care, Letterman's frolics, and little boys who hide in attics rather than balloons. And, hey, the Dow is up again. The politicians who put off Wall Street regulation for ten months knew that the public would probably lose interest by now.

Second, the banks keep paying off Congress. The big guns on Wall Street increased their political donations last month after increasing their lobbying muscle. Morgan Stanley's Political Action Committee donated $110,000 in September, for example, of which Democrats got $43,000.

Official Wall Street PAC donations are piddling compared to the tens of millions of dollars that Wall Street executives dole out to candidates on their own (or with a gentle nudge from their firms). Remember -- the Street is where the money is. Executives and traders on the Street have become the single biggest sources of money for Democrats as well as Republicans. And with mid-term elections looming next year, you can bet every member of Congress has a glint in his or her eye directed at the Street.

That's why the President went to Wall Street to raise money Tuesday night, gleaning about $2 million for the effort. He politely asked the crowd to cooperate with reform -- “If there are members of the financial industry in the audience today, I would ask that you join us in passing necessary reforms" -- but those were hardly fighting words. It's hard to fight people you're trying to squeeze money out of.

Which is the essential problem.

Ken Feinberg, the President's "pay czar" came down hard on executive pay yesterday, for those banks still collecting money under TARP, as well he should. But Feinberg isn't trying to pass new financial reform legislation, and TARP no longer covers several of the biggest banks with the highest pay and bonuses -- although they're still getting subsidized by the government with low-interest loans.

Wall Street and the Treasury want us to believe that the TARP money will be repaid to taxpayers, but Neil Barofsky, the special inspector general keeping watch over TARP, said yesterday that just 17 percent of the TARP money has been repaid, and “[i]t’s extremely unlikely that taxpayers will see a full return on their investment." Later he told a reporter that it's unlikely "we'll get a lot of our money back at all."

Brian Griffiths, the Goldman international adviser who told us inequality is good for us, doesn't know what he's talking about. America is lurching toward inequality once again, led by the financial industry. The Street is back to where it was in 2007, but most of the rest of us are poorer than we were then -- largely due to the meltdown that occurred because Wall Street overreached. The oddity is that we bailed out the Street, including Griffiths and his colleagues, but apparently won't even be repaid.

And now that Griffiths et al. know his firm and the other big ones on the Street are too big to fail, he and his colleagues will make even bigger gambles in the future with our money.