Don't be surprised the media elite sided with Fox

Washington reporters know that Democrats complain, but Republicans get even 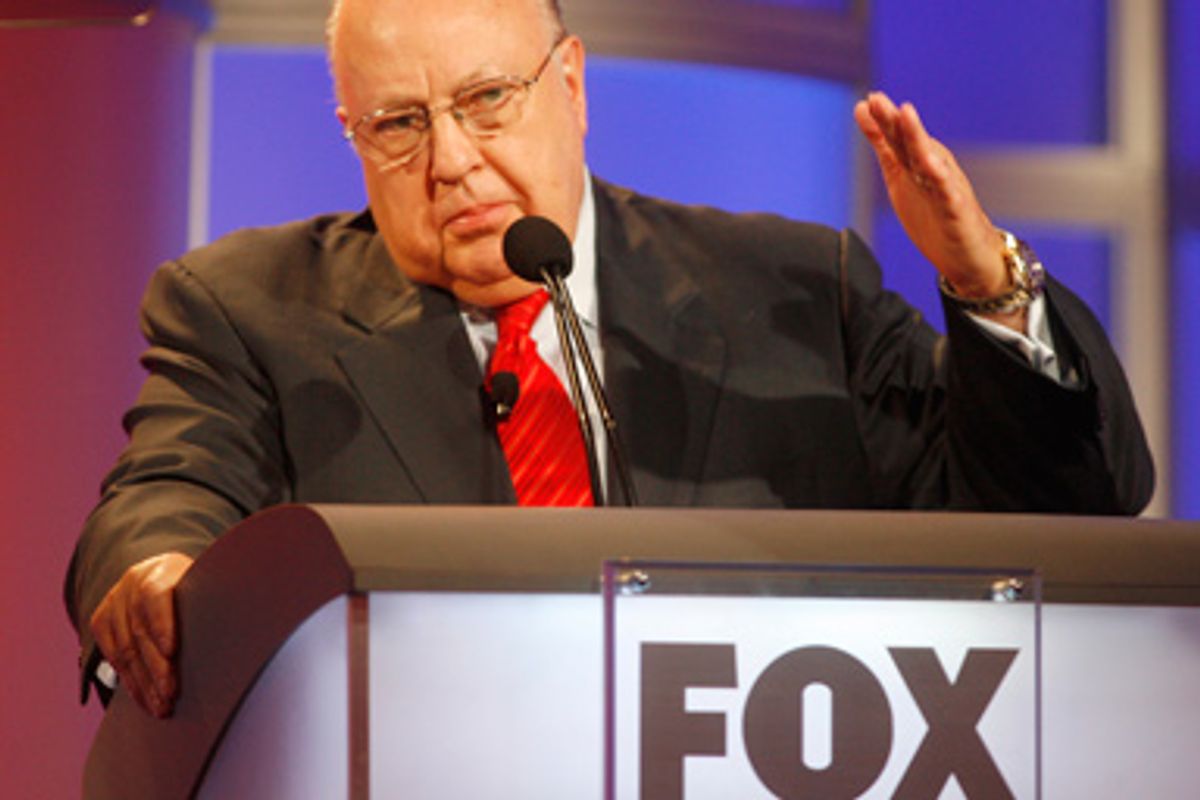 Nobody should be surprised to see the nation's esteemed celebrity news media align with Fox News against the White House, although even a cynical observer like me found the unanimity mildly shocking. Don't they remember what journalism is supposed to be?

Supposedly, the press regulates its own behavior; in reality, that's been a joke for two decades. "Claiming the moral authority of a code of professional ethics it idealizes in the abstract but repudiates in practice," I wrote in 2003, "today's Washington press corps has grown as decadent and self-protective as any politician or interest group whose behavior it purports to monitor."

Today, even the fig leaf has been removed. A "journalist," so-called, is anybody paid by a media organization to enact the role on television.

The Obama administration's basic charge against Fox News is undeniably true: The network functions as the propaganda wing of the Republican Party. Fox openly organizes and promotes partisan political events such as April's "Fox News Tea Party." Its coverage of congressional "Town Hall" meetings reflected not a single individual supporting healthcare reform, as documented by Media Matters for America. Not one. Fox portrays every perceived setback for the Obama White House as a "victory" for "Fox Nation."

The point's neither complex nor subtle. In this country, journalists don't sponsor or participate in partisan political events. Maybe in Venezuela or China, but in the United States, no. Explaining to the New York Times, deputy White House communications director Dan Pfeiffer said, "We simply decided to stop abiding by the fiction, which is aided and abetted by the mainstream press, that Fox is a traditional news organization."

Yet neither the Times nor most "mainstream" pundits evaluated the claim on its merits. Most pretended not to grasp the White House's point, and then went straight to the aiding and abetting. Many invoked the ghost of Richard Nixon. Why, to criticize Fox, claimed the Washington Post's Ruth Marcus and Charles Krauthammer, was downright "Nixonian."

NPR's Ken Rudin recalled "what Nixon and Agnew did with their enemies list." So did CNN's Anderson Cooper. Rudin subsequently apologized for the "boneheaded" comparison; Cooper didn't.

Meanwhile, Nixon's Oval Office tapes are the gift that keeps giving to historians like "Nixonland's" Rick Perlstein. "Bob, PLEASE get me the names of the Jews, you know the big Jewish contributors of the Democrats," Nixon begged aide H.R. Haldeman. "Could we please investigate some of the (bleepbleepers)?"

Look, here's the deal. Where Democrats are concerned, journalism's vaunted ethical code quit functioning as anything but camouflage during President Clinton's first term. Out of scores of examples Joe Conason and I documented in "The Hunting of the President," the easiest to explain briefly may be a 1995 ABC "Nightline" broadcast in which a creatively edited video clip was used to insinuate that Hillary Clinton lied about "Whitewater" legal work.

After excising the words "I was what we called the billing attorney" from the first lady's remarks, ABC's Jeff Greenfield suggested that concealing that very fact explained "why the White House was so worried about what was in Vince Foster's office when he killed himself."

The phony quote then showed up everywhere: on CNN, in New York Times editorials, Maureen Dowd's column, etc. William Safire used it to predict Mrs. Clinton's indictment. After all, as Newsweek's Michael Isikoff wrote, "It is Foster's suicide that lends Whitewater its aura of menace."

Ancient history? Maybe so. But there was Jeff Greenfield on CBS News last week (he's worked for everybody), making the obligatory Nixon comparison and assuring Katie Couric that "if Fox is feeling any pain from the White House's stance, it's crying all the way to the bank."

As do they all.

See, while Fox News acolytes remain convinced of "liberal media bias," the reality is that celebrity journalists rarely, if ever, get hurt for abusing Democrats. Mistreat a name-brand Republican, however, and ...

Democrats complain; Republicans get even.

Hence "mainstream" political journalists, who cower like beaten dogs for fear of ending up on Fox boss (and Nixon alumnus) Roger Ailes' own enemies list, haven't had to fear the Obama White House. Last week's collective cringe makes it abundantly clear how badly they'd like to keep it that way.