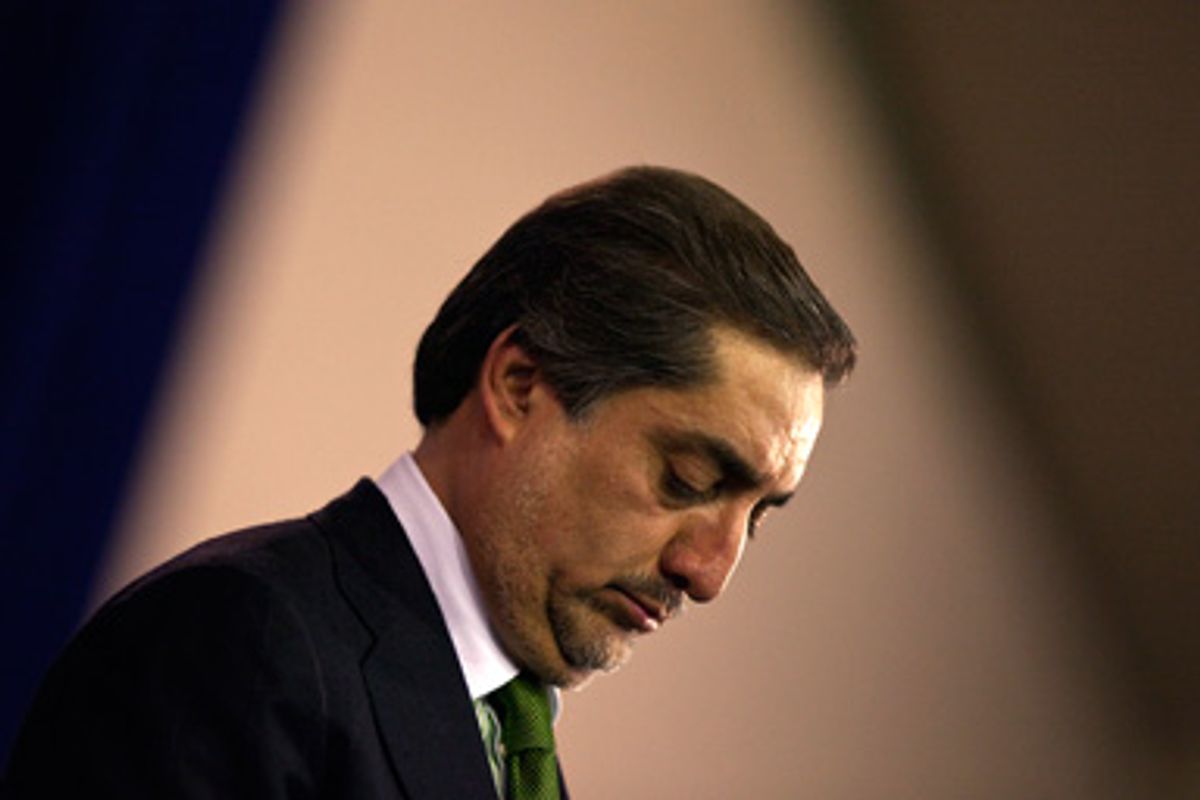 Abdullah Abdullah announced Sunday morning that he has withdrawn from the second round of Afghanistan's presidential election on the grounds that the same local officials, appointed by his rival, incumbent Hamid Karzai, will supervise the runoff as winked at massive fraud in the first round. He said that the election cannot be transparent or honest.

Secretary of State Hillary Clinton implausibly maintained that Abdullah's withdrawal will not affect the legitimacy of the Afghanistan presidential election.

Since President Obama had put off making a decision on his Afghanistan policy until he saw the results of the planned November 7 runoff, Abdullah's decision puts Washington in an awkward position. Abdullah is said to be seeking to postpone the runoff until spring, 2010, which would much extend the period of instability. In contrast, Clinton seems to be crowning Karzai the winner by virtue of Abdullah's withdrawal. But the Karzai presidency has been badly if not unalterably wounded by the ballot fraud practiced in August, and of which the retention of the same electoral commission would guarantee a repetition.

The reason Clinton is so eager to insist that Karzai's election is legitimate despite its obvious illegitimacy is that Abdullah's withdrawal puts paid to the idea that there is a plausible Afghan government partner for US counter-insurgency. There is not.

Biden may or may not win the argument in Washington. But there is now no doubt that he should win that argument. Sending another 40,000 troops into Afghanistan to shore up a Karzai government that tried to steal the election and demonstrated so little accountability that the officials who winked at the fraud are still on the electoral commission-- that is an absurd proposition.

Eric Garris points out that Afghan woman Member of Parliament Malalai Joya was interrupted on the US CNN when she referred to the US presence in Afghanistan as an occupation, but when she went on CNN International she was treated respectfully and allowed to speak. Actually, that the US and NATO are militarily occupying Afghanistan is recognized by the UN security council and is a simple fact of international law.