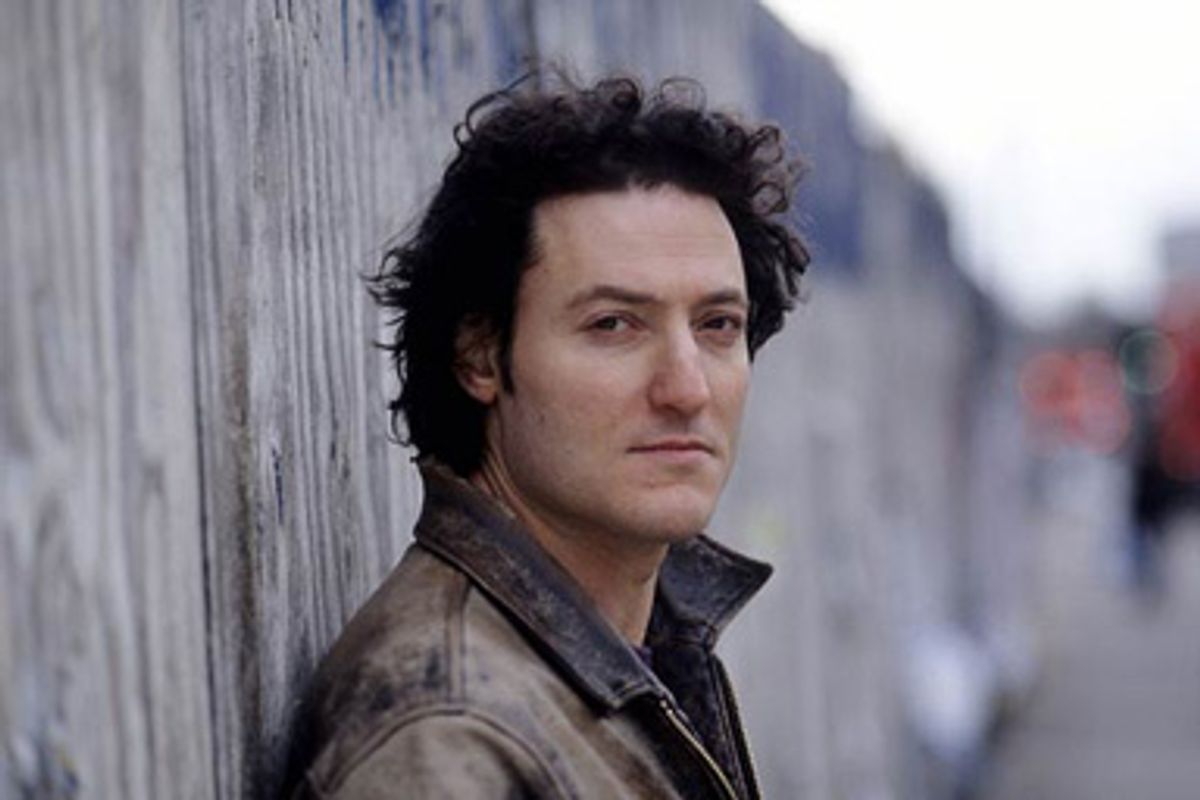 During the early fall, publishers release the highest concentration of books by established writers -- many of which, incidentally, turn out to be disappointing, like this year's offerings from John Irving and Philip Roth. As a result, it's easy to miss fine novels by relative newcomers (who are also less tempted than the big names to phone it in). Tobias Hill's impressive "The Hidden," published last month as a paperback original, is a case in point. Hill, a British poet, novelist and short story writer, likes to take subjects conventionally associated with airport thrillers -- murder mysteries, quests for ancient treasure, conspiracies -- and crack them open to probe for more succulent literary meat. "The Hidden," set on an archaeological dig at the site of ancient Sparta, circles around the suspicious activities of some of the dig's team while dissecting the broken inner life of a young man who wants nothing more than to be let in on their secret.

Ben Mercer, an Oxford scholar, comes to Greece to escape a wrecked marriage; his wife describes him as "a danger to her, body and soul," for reasons not immediately revealed. Running low on money, he gets a job at a greasy spoon in an Athens suburb, where barely submerged resentments between native Greeks and Albanian immigrants seem about to brim over into violence. Then Eberhard, a college acquaintance, turns up at one of his tables and mentions working at an excavation in Laconia, otherwise known as Lacedaemonia, the location of the ancient city-state of Sparta. Although Eberhard tries to discourage him, Ben's imagination has been ignited. The severity of Sparta's ethos has always fascinated him, as has the elusiveness of its material remains. Unlike the Athenians, "the Spartans left nothing behind that reflected their greatness. They had become no more than rumors of rumors in the histories of others ... Each outsider contradicting the next, a chain of Mediterranean whispers."

Archaeologists like to dig stuff up, of course, dragging to the surface of the earth things that have lain beneath it for centuries. Some of those things, Hill suggests, might be better left buried. Having finagled his way into a job at the dig, Ben finds his curiosity further inflamed by a clique among the site's workers, three men (including Eberhard) and two women who form a seemingly impenetrable social unit. Deflecting the friendly overtures of other team members, Ben yearns first to be included and later to know just what this little group is hiding up in the hills.

The story of Ben's gradual insinuation into the clique alternates with the notes he's writing "towards" his thesis. The theme of these notes drifts from the enigma of the Spartans, whose refusal to speak for themselves permitted a thousand stories about them to flourish, to ruminations on the connection between love and ruthlessness (exemplified by the unparalleled unity of the Theban Sacred Band, a military force made up of 150 homosexual couples), to, finally, the riddles posed by his new friends. He begins an affair with one of the women and joins the group on a midnight jackal hunt, but never feels as if he's penetrated to the heart of their mystery.

What's really going on with Eberhard & Co. turns out to be just barely plausible ... well, maybe not quite that, but what Hill does with it and the ancient history it invokes is hypnotic. The policies of the Spartan elite -- who annually declared war against the captive majority of their population (called helots) so that these serflike non-citizens could be murdered at will without any loss of honor -- feeds into questions of modern-day political expedience, extremism and the power of fear. What crimes can be justified in the pursuit of a noble ideal? Odd anecdotes -- about a discarded doll ripped open to reveal a music-box "heart" and a fetal chicken found in a cracked egg -- mirror disturbing discoveries at the site and in a cave, which in turn echo the descent into the underworld made by so many mythical heroes. Do monsters await in the bowels of the earth, or in ourselves?

Novelists have been attempting this sort of thing since John Fowles' "The Magus"; what distinguishes "The Hidden" is both a clarity of purpose (the resolution is not excessively coy or ambiguous) and radiant prose. Hill's style is the opposite of the description-clogged, obscurantist verbiage that most poets produce when turning to fiction. Instead, he brings to this novel the kind of metaphor so good you don't savor it so much as shiver with instantaneous recognition. "There was a delicacy to his sanity he had never acknowledged before," he writes of Ben at one point. "It was as frail as water tension." How is it, I thought after reading this line, that we don't already compare the stability of a fragile mind to the thin skin of water that keeps a teardrop together?

A pity then, that -- no doubt due to the expediencies of paperback publication -- "The Hidden" shows signs of lax editing (the novel could easily lose 30 pages and be strengthened by the cuts) and sloppy copyediting (multiple typos and unconverted British spellings like "realise"). Still, the same criticisms could be leveled at Irving's interminable "Last Night in Twisted River," a book that evidences far less thought and artistry. In a season of high-profile novels, "The Hidden" is in danger of living up to its name, and that would indeed be a crime.