Why Dilbert is doomed

The jobs of tomorrow are not what you'd expect 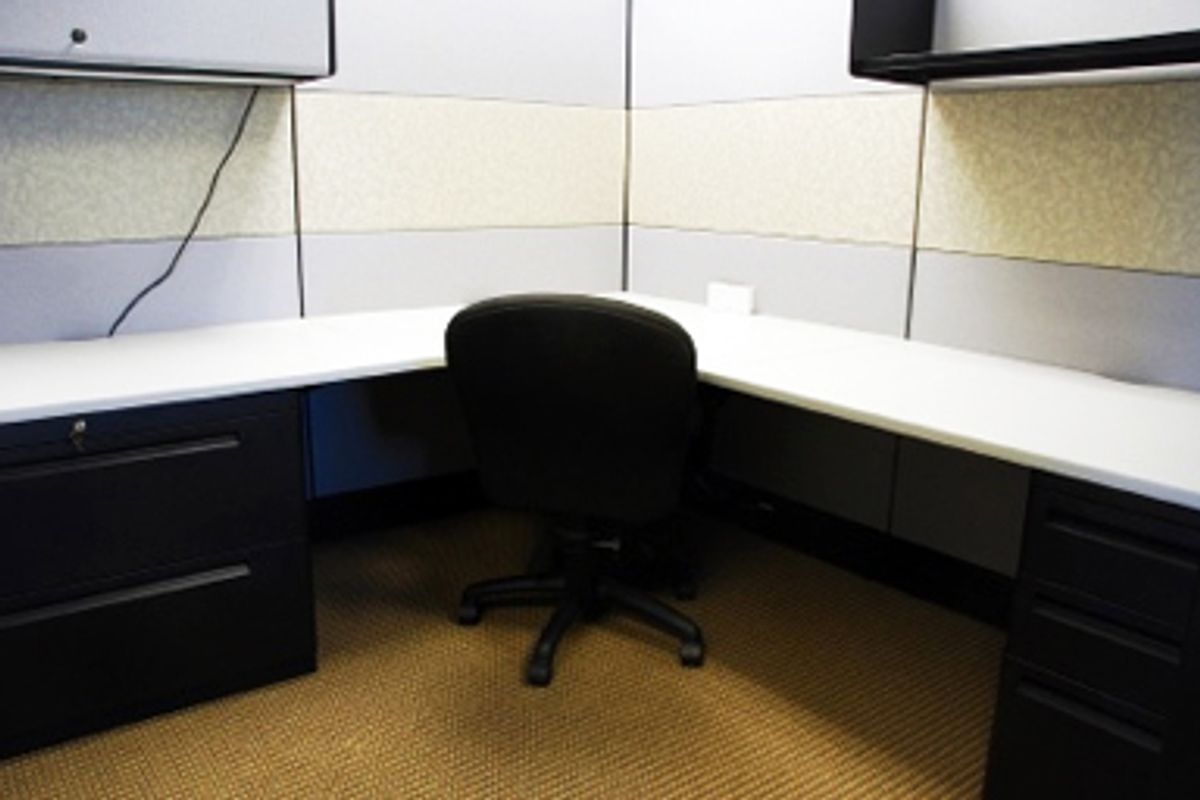 Where are tomorrow's jobs going to come from? The question is more urgent than ever, with official unemployment hovering around 10 percent and with nearly one in five Americans unemployed, if you count part-time workers who want full-time jobs and people so desperate that they have given up looking for work entirely.

Most popular discussion about jobs focuses on the effects of offshoring of manufacturing jobs to China and other countries, many of which, like China, manipulate exchange rates and use subsidies to promote their industries. Combating predatory trade practices and rebalancing global trade by means of higher U.S. exports is important, in the short and medium term. But in the long run technologically driven productivity growth is the most important factor in shaping employment in the U.S. and every country in the world.

Productivity growth substitutes machinery or more efficient techniques for physical labor (engines) and mental labor (computers). Even if the U.S. had a completely closed economy, over time inventors and investors would figure out ways to replace people with machines.

Since the beginning of the industrial revolution more than two centuries ago, sectors that have adopted labor-saving machinery have shed labor to other sectors. The mechanization of agriculture and mining -- "primary production" -- freed up labor for factories. Increasing productivity in the "secondary production" like manufacturing, by allowing one person with advanced technology to do the work of dozens, freed up workers who were then employed in "tertiary production" -- office work and business services that support primary and secondary production. Thus the evolutionary progression, from yeoman farmer to factory worker ... to Dilbert in his cubicle.

With the ruthlessness of Skynet in "The Terminator," computerization in the tertiary sector is now committing mass Dilberticide, replacing receptionists with automated phone systems and travel agents with services like Priceline. The emptying of the cubicles won't result in permanent mass unemployment, the present prolonged crisis notwithstanding. As it has always done in the past, labor will shift from more mechanized to less mechanized sectors. But what will those jobs be?

We already know the answer.

The most numerous and stable jobs of tomorrow will be those that cannot be offshored, because they must be performed on U.S. soil, and also cannot be automated, either because they require a high degree of creativity or because they rely on the human touch in face-to-face interactions. The latter are sometimes called "proximity services" and they include the fastest-growing occupations, healthcare and education.

Most job growth in the last decade has been concentrated in three sectors: healthcare, education and government, mostly state and local government. Since the recession began, healthcare has added 559,000 jobs. Even more remarkable, the average monthly gain of 22,000 jobs during 2009 has been only slightly lower than the average increase of 30,000 jobs a month in 2008.

Last July, in a study titled "Preparing the Workers of Today for the Jobs of Tomorrow," the Council of Economic Advisers predicted that between 2008 and 2016 employment will decline in manufacturing, retail and wholesale, business and financial services and other sectors. Public-sector employment will remain steady, and there will be growth in transportation and utilities and construction. The greatest job growth, according to the White House, will be in the health and education sectors. Healthcare-related jobs make up seven out of the 20 fastest-growing occupations, and 14 out of the 20 fastest-growing jobs. The fastest-growing occupations are home health aides and registered nurses.

The aging of the boomers accounts for only 10 percent of the growth. The rest comes from increasing demand. That's because productivity growth in agriculture, construction and manufacturing has greatly reduced the cost of food, shelter and appliances. In the U.S. and similar nations, the freed-up income tends to be used on quality-of-life goods, of which healthcare is the most important. So-called ambulatory healthcare services, defined as healthcare provision for people who do not need to be hospitalized, form the fastest-growing part of the healthcare field. This underlines the point: As other expenditures are reduced, Americans are spending more income on non-emergency healthcare, a superior good that makes it possible to enjoy the other goods of life all the more.

It's true that the U.S. needs to reduce unnecessary health cost inflation. Paradoxically, however, a more efficient healthcare sector is likely to hire more, not fewer, people, if tasks that are now carried out by highly paid doctors are allowed to be performed by nurses and home health aides. Two Stanford economists, Robert E. Hall and Charles I. Jones, have predicted that even if healthcare is delivered in the most efficient possible way, Americans are likely to seek to devote "30 percent or more of GDP on health by the middle of the century."

The healthcare sector as a whole should not be considered a drag on the real or productive economy. On the contrary, while employment in manufacturing is declining overall, employment in pharmaceutical and medicine manufacturing in the U.S. is expected to expand. In the words of the economist Robert Fogel, "Just as electricity and manufacturing were the industries that stimulated the growth of the rest of the economy at the beginning of the 20th century, healthcare is the growth industry of the 21st century. It is a leading sector, which means that expenditures on healthcare will pull forward a wide array of other industries, including manufacturing, education, financial services, communications and construction."

Another widespread myth holds that most Americans need to go to college in the future. In reality, most of the fastest-growing jobs, including those in healthcare, do not require a four-year bachelor's degree. According to the Council of Economic Advisers: "The categories with some education required beyond high school are growing faster than those not requiring post-secondary schooling. The growth is not solely among occupations requiring bachelor's degrees; occupations that require only an associate's degree or a post-secondary vocational award are actually projected to grow slightly faster than occupations requiring a bachelor's degree or more." The appropriate public policy response is not necessarily to send more Americans to expensive four-year colleges, particularly if that means crippling burdens of personal debt in the form of student loans. We need to expand the vocational training provided by the community college system.

None of this means that we don't need world-class scientists and engineers, or that we don't need to rebuild our manufacturing export industries, or that we don't need to hire people to design and build up-to-date infrastructure and energy systems. High-tech agriculture, manufacturing and infrastructure and related business and professional services will remain essential to economic dynamism. But thanks to ever smarter machines, fewer and fewer people will work in the primary (field), secondary (factory) and tertiary (office) sectors. Most of the job growth will be in the "quaternary" sector of healthcare and other qualify-of-life services.

Dilbert's days are numbered. Look for Dilbert Jr. at the nursing station.