An Obama aide anonymously accuses Anthony Weiner of being a coward and not "manning-up." 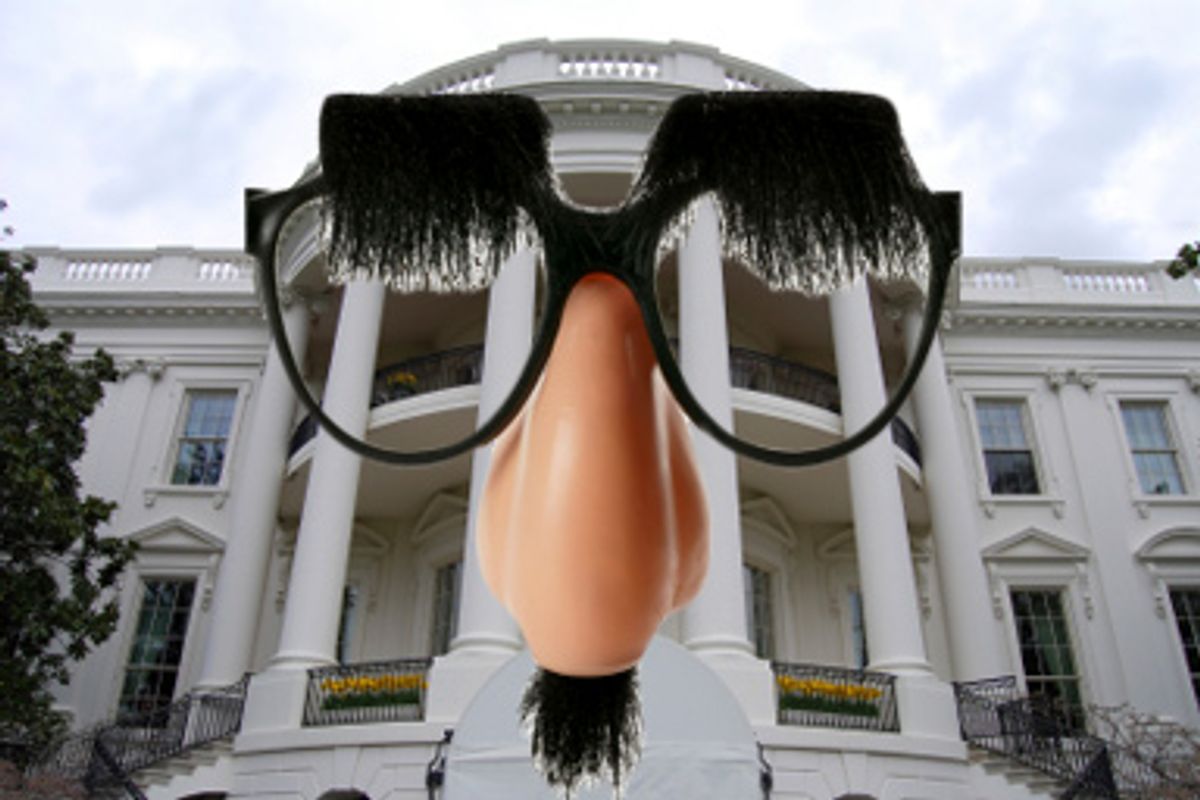 From Ben Smith's Politico article on the surprisingly narrow victory by Michael Bloomberg in the New York mayoral race:

Bloomberg’s meager five-point win left Democrats pondering what might have been if New York’s Democratic donors hadn’t turned their back on Thompson, if its politicians had worked for him, and most of all if President Barack Obama had offered anything more than the lamest words of praise.

"Maybe one of those Corzine trips could have been better spent in New York. Who knows?" remarked New York Rep. Anthony Weiner, who weighed his own run for mayor, referring to the White House’s devout attention to the New Jersey contest.

"Maybe Anthony Weiner should have manned-up and run against Michael Bloomberg," shot back a White House official, who attributed the night’s results across the board to anti-incumbent fervor.

A White House official who is too cowardly even to attach his own name to his comments -- who has to hide behind Politico's permanently extended fetal wall of anonymity in order to criticize a member of Congress -- simultaneously accuses Anthony Weiner of being a coward and failing to "man-up."  I've written extensively on what the promiscuous use of anonymity says about Beltway journalism, but the unwillingness of so many of the most powerful political officials to speak for attribution reflects how deceitful, manipulative and -- most of all -- fearful they are.  Beltway mavens love to deride "bloggers" for writing anonymously, but at least even anonymous bloggers create pseudonyms that enable ongoing accountability; moreover, many of those anonymous bloggers are just ordinary citizens, with no power, who are too vulnerable to write under their real names.  But powerful political officials who will spew insults and criticisms only while protected from accountability are just frightened and weak.  The fact that one of those cowards, in this case, has to hide who he is while boldly accusing Weiner of being a coward -- the same Weiner who is willing to step up and criticize Obama with his name attached -- is unintended irony so extreme it's hard to express.

One other note:  isn't it interesting how Washington elites love to condemn as authoritarian dictators certain political leaders in other countries who try to repeal term limits in order to stay in power (see Venezuela and Honduras -- but not Colombia), yet here we have one of America's richest oligarchs using his bottomless personal wealth to repeal a voter-enacted term-limit referendum, and then using that same wealth to win a third term and stay in power, and that's treated as a glorious expression of American democracy?  Indeed, it was not all that long ago when Broderian trans-partisan fetishists were holding up that same oligarch as the ideal presidential candidate who would finally and single-handedly vanquish America's messy and unpleasant political disputes.

UPDATE:  The New York Times has a discussion of the meaning (or lack thereof) of last night's election.  My contribution is here.