The mayor was a heavy favorite going into Election Day, but the race was much closer than expected 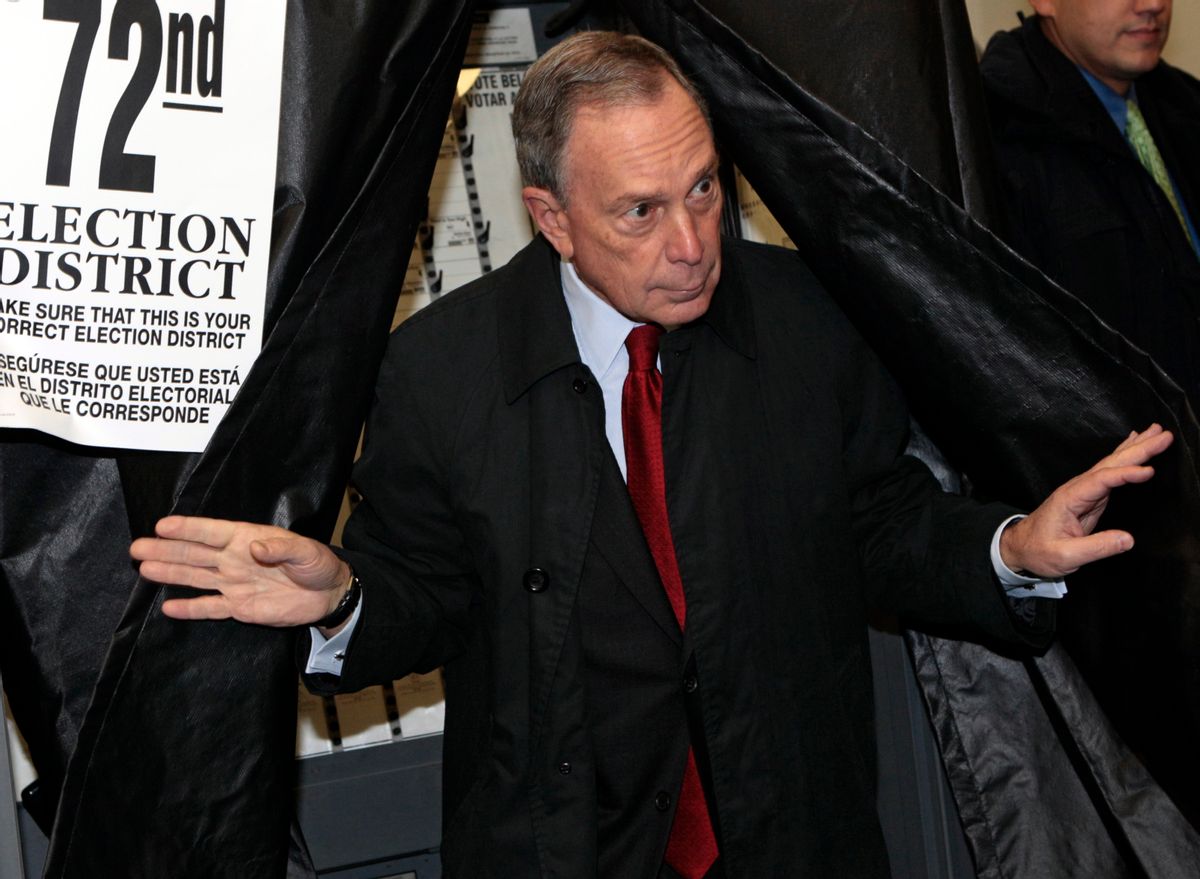 The New York Times has declared a winner in its hometown's mayoral race: Incumbent Mayor Michael Bloomberg, who's running for his third term. The paper wasn't the only outlet to call the race -- earlier on in the night, NBC News reported a call for Bloomberg from the firm that conducted exit polling in the city and gave the incumbent the check mark on its Web site.

Thing is, though, that the results are looking much closer than anyone had expected. As of this post, with 63 percent of precincts having reported, Bloomberg's at 49 percent, leading Democrat Bill Thompson by just under two percentage points -- about 13,500 votes.  So now NBC has withdrawn that check mark and is again calling the race a toss-up.

If Thompson does manage to win, it'd be a pretty stunning victory. Bloomberg has always been the strong favorite in the race, with Democrat Bill Thompson almost an afterthought. Even President Obama, who's been close to Bloomberg, gave his fellow Democrat only a cursory endorsement -- and seemingly a grudging one at that.

Update: After a few hours of confusion, it looks like the result will be the one everyone had predicted. Though the race ended up being much closer than expected, Bloomberg has been re-elected, according to the Associated Press. Other outlets are following the AP and calling the race for Bloomberg as well.