The Blue Dog Dems are in danger

If Congress doesn't go after unemployment, some conservative Democrats are going to lose their jobs 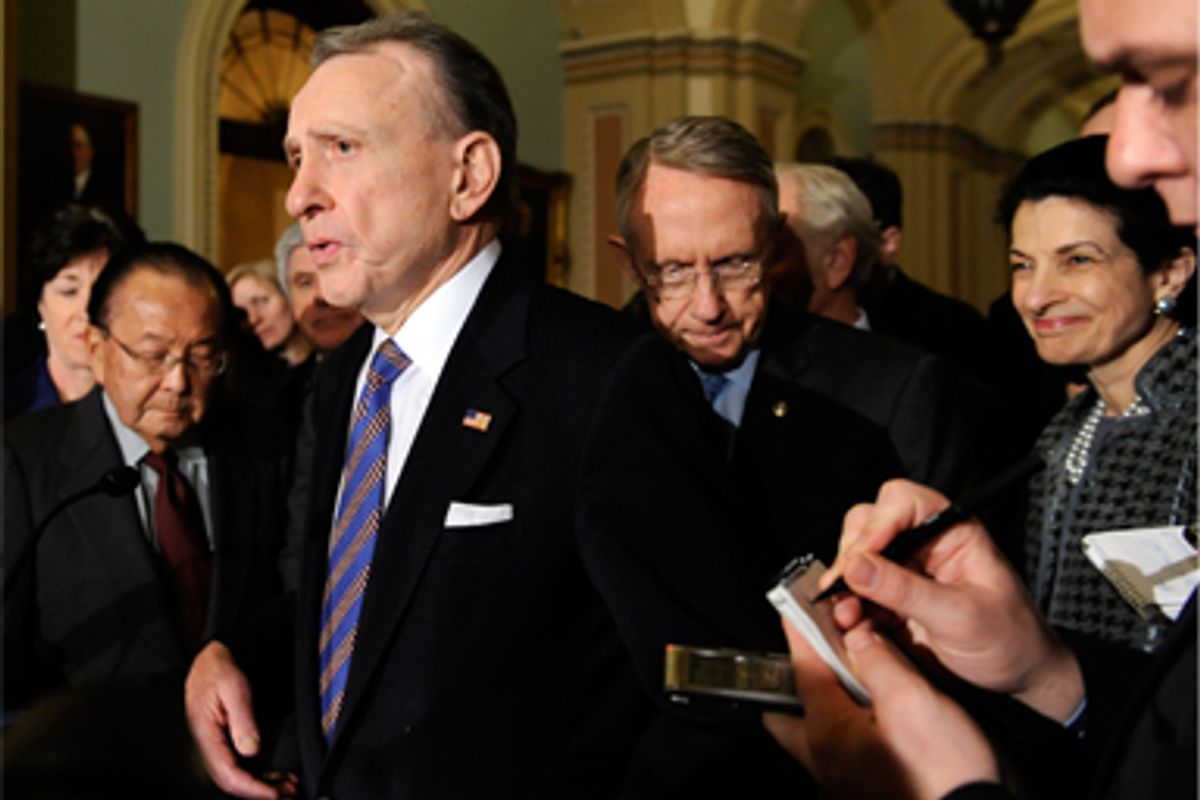 The administration's biggest economic mistake so far was to badly underestimate last January how bad the employment situation would become by fall. As a result, it low-balled the stimulus -- settling for a plan that, while avoiding even worse job losses, didn't go nearly far enough.

Obama has to return to Congress, seeking a larger stimulus.

Yes, I know. We're already in the gravitational pull of the midterm elections (look at the bizarre attention given to gubernatorial elections in New Jersey and Virginia, and even to a congressional election in the 23rd district of New York, as supposed harbingers of voter behavior a year from now!) so it will be even harder to round up the needed votes from Blue Dog Dems fretting over the deficit. And you can forget the Republicans.

And yes, I know: Only about half the current stimulus has been spent, so it will be awkward to make the case that we need a larger one.

But here's the problem. Everything else on the table -- a new jobs tax credit, more loans to small businesses, more help to troubled homeowners, another extension of unemployment insurance, another round of subsidies to first-time home buyers -- are small potatoes relative to the importance and likely effect of a larger stimulus. Some of these initiatives may do some good, but even combined they'll barely make a dent in the growing numbers of jobless Americans.

Meanwhile, the states are slicing their budgets, laying off workers and ratcheting up taxes. That's because state tax revenues are falling off a cliff, and almost every state is barred by its constitution from running a deficit. That means the states are actively implementing an anti-stimulus plan.

Let's be clear about this. The national rate of unemployment will almost surely hit 10 percent; we'll know Friday whether it already has. This is more a psychological and political threshold than an economic one (it doesn't include everyone who's too discouraged to look for work, or working part time who'd rather be working full time, or working fewer hours in an ostensible full-time job, or otherwise fully employed but being paid less; the Bureau of Labor Statistics' payroll survey, also due Friday, provides a more accurate picture). But it nonetheless represents a degree of hardship this country hasn't seen in decades.

Public approval of Obama’s handling of the economy has slipped to 46 percent in an Oct. 30-Nov. 1 CNN poll, from 59 percent in March. Remember, Obama was elected in part because the public didn't have confidence in McCain's ability to manage the economy. In exit polls last November, almost two-thirds of voters listed the economy as the nation's top issue. If the job numbers don't start moving in the right direction, not only will Obama's poll ratings continue to drop but congressional Dems will all be in trouble.

That should be Obama's selling point to the Blue Dogs. He should tell them the economy needs a bigger stimulus in order to show improved job numbers by the mid-term elections. And he should make sure they understand that they're more politically endangered next November if the the job numbers aren't moving in the right direction by then than if they vote for a larger stimulus now.