Fort Hood, written on the body 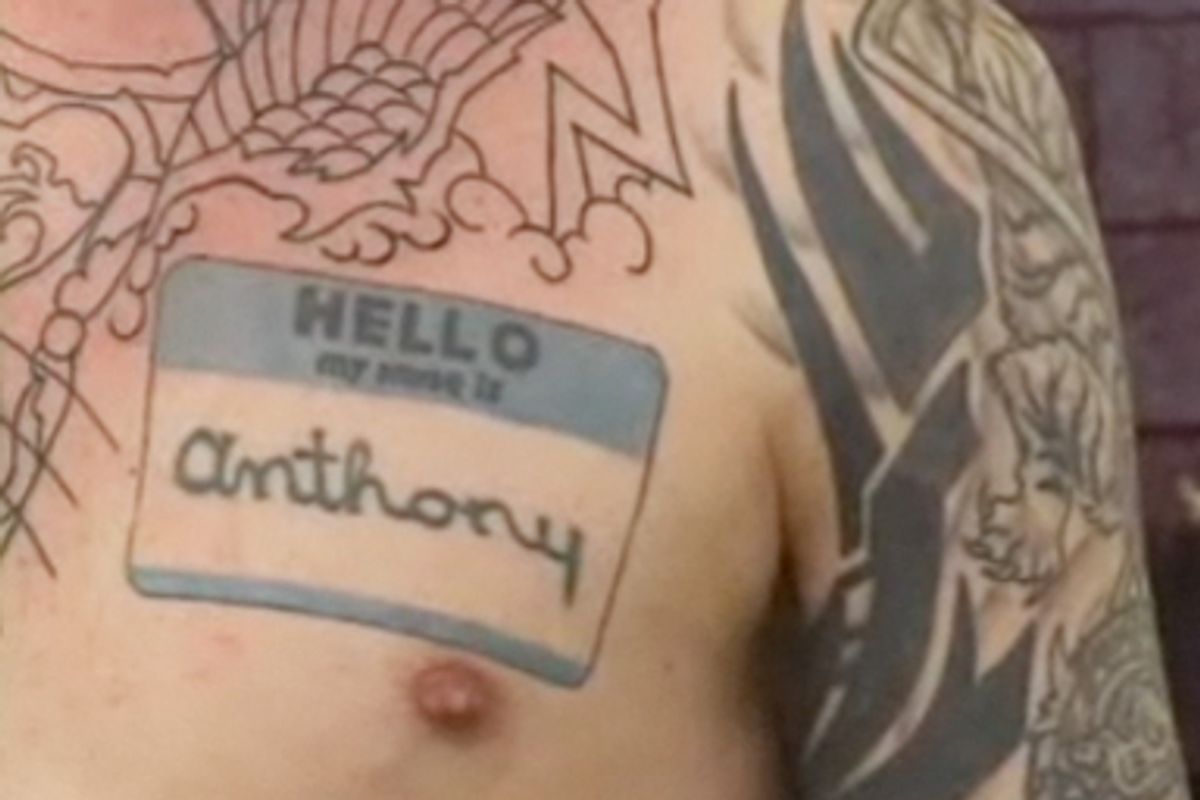 Still from "Tattooed Under Fire"
--

"This is Fort Hood, and it goes on for miles and miles and miles." Director Nancy Schiesari's riveting documentary, "Tattooed Under Fire,"  about the River City parlor in Killeen, Texas, and the soldiers who patronize it, was already being hailed as one of the great unreleased films of the year when it finally got picked up to air this month on PBS. But in a grim piece of poetic timing, suddenly the world is looking to understand how the largest military base in the country could become the site of one its worst mass murders, an attack that left 13 dead and 30 injured.

Much will be written in the days to come of the mind-set of the alleged Fort Hood shooter Maj. Nidal Malik Hasan, a psychiatrist who counseled military personnel and was reportedly distressed over his own imminent deployment. Though Schiesari's film predates the horrifying violence at the fort yesterday, it reveals a military culture rarely seen. By following both returning and deployment-bound young soldiers and the stories told on their bodies, she gets under their skin.

Maj. Hasan had worked as a psychiatrist at Walter Reed for six years, where he allegedly received a poor performance review, before transferring to Fort Hood in July. So when River City's senior tattoo artist Diamond Glenn says, "The ones that came back unscathed physically still have serious psychological issues, which from what I hear, are hardly being addressed at all, if at all. They're just putting them back on the street," he's speaking of a trauma factory that Hasan was intimately familiar with. "They're kids," Glenn says. "They're babies."

Watching clips of the film now, seeing young, fuzz-headed men and women describe their motivations for getting inked with caskets and corpses, one begins to get a feel for the intense experiences that become fodder for their body art. One solider gets an hourglass flying through a storm. Another gets a Norse tree of life extending into the underworld. A patron who's served already in Iraq and is heading back says, "I had two friends burnt up in the back of a Bradley. Like, melted into the structure of the Bradley. You look on the news, some poor soldiers got blown up. Some poor other guy, who knew them, had to scrape what was left of them out of the inside of the vehicle." Then there's Travis, who explains his career path as, "It was either go to jail or go to war, so I picked to go to war." He gets a fetus in a blender, because "He's fixing to get all chopped up and chewed up and turned to mush, and I guess there's a possibility of that happening to me."

Shot around Fort Hood between 2005 and 2008, "Tattooed Under Fire" isn't a retroactive explanation for the shootings of Thursday. But Schiesari's film is unnervingly prescient in its depiction of the stress and anguish of military duty, of the horrors of war even in the relative comforts of home. As one soldier explains, "The more times I go over, the more of Iraq's going to come back with me."

The film will begin airing on PBS stations starting Nov. 8. It airs on Texas's KLRU, which co-produced the documentary, at 9 p.m. Tuesday, Nov. 10.