If he really cared about women's health, Hadassah's new cause, he'd get out of the way of healthcare reform 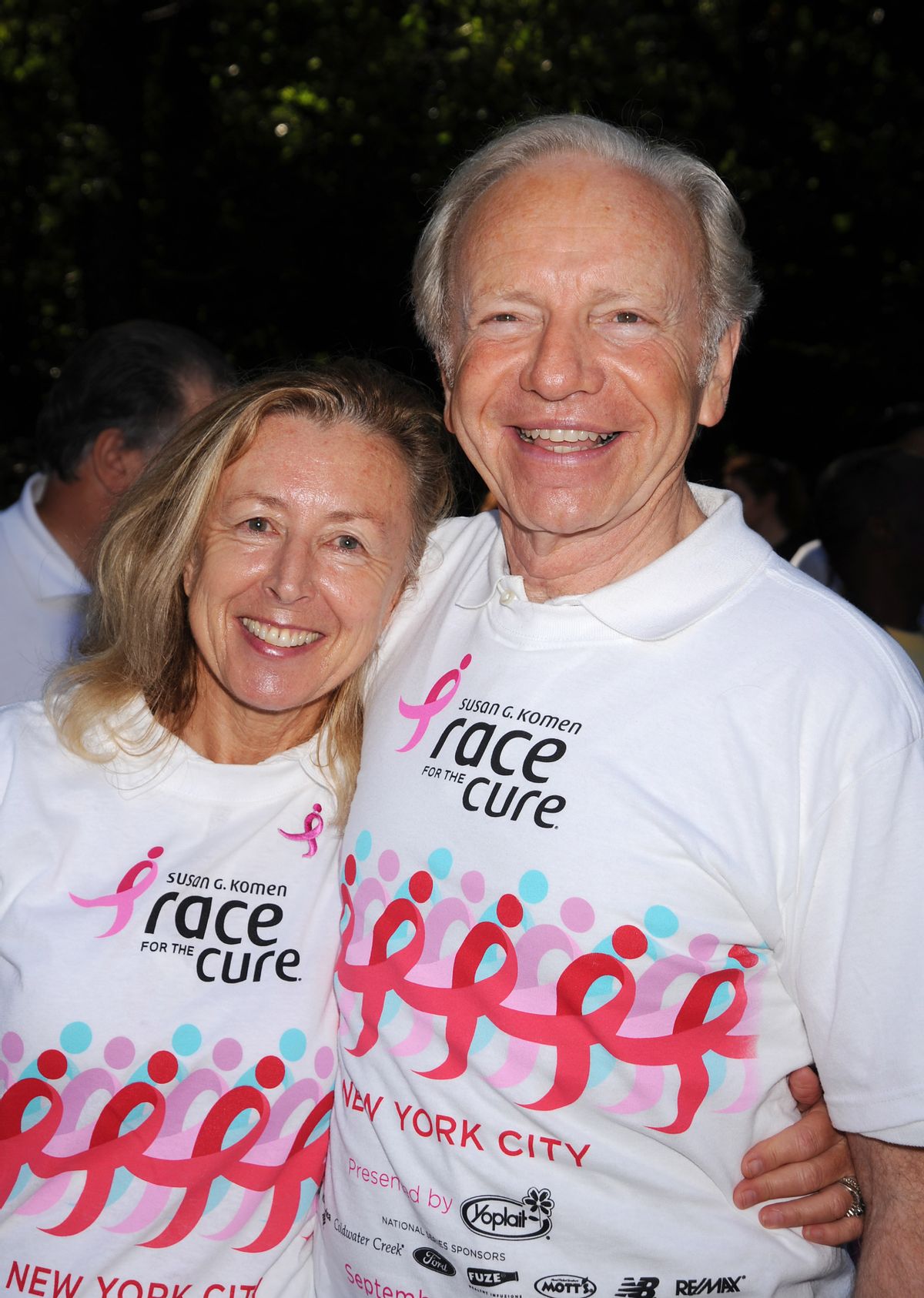 When Joe Lieberman announced his threat to filibuster against any healthcare reform bill that includes a public option, it was natural to suspect the influence of his wife, Hadassah, and the insurance-pharmaceutical-lobbying complex that employed her for decades. But perhaps the problem is that the Connecticut senator isn't listening to her -- or the organization she now represents -- as attentively as he should.

Hadassah Lieberman has long billed herself as an advocate for women's health, even when her corporate career scarcely justified that description. But in her current position as a "global ambassador" at Susan G. Komen for the Cure, the world's biggest breast cancer charity, the senator's wife is indeed serving a worthy cause.

According to a Komen official, her role as a global ambassador includes "speaking engagements, networking in the public and private sectors, and direct engagement in the areas where we work," as well as supporting the efforts of the organization's "Global Promise Fund," which raises money to support Komen's efforts around the world. (Last summer she co-hosted a fundraising lunch at the Republican National Convention that raised eyebrows.) The same spokesperson indicated that Hadassah Lieberman is "not an employee" of Komen, meaning that she isn't paid, although her husband's 2008 Senate financial disclosure shows that she received "more than $1000" from the charity.

But whatever Hadassah actually does for Komen, the question that women might ask is whether she brings its important messages home to Joe. Has she explained, for instance, that thousands of uninsured and underinsured women die every year because so many don't get timely preventive care or treatment for their cancers? Has she pointed out that healthcare reform is of special importance to women, cancer patients and cancer survivors? Did she tell him why her organization is demanding the same health insurance reforms -- such as guaranteed provision of coverage and elimination of preexisting condition limitations -- that his Republican allies are determined to prevent?

The easiest way for Hadassah to educate Joe on these matters would be to direct him to the Web site of the Komen Advocacy Alliance, which outlines the benefits of healthcare reform for breast cancer patients and survivors. Without taking a position on the public option, Komen decries the fact that 46 million Americans have no insurance and clearly endorses guaranteed and affordable health coverage for all. During the congressional recess last August, the organization urged its supporters to lobby hard for universal coverage and strong regulation of the insurance industry.

Healthcare reform, argue the Komen advocates, must require the insurance companies to "offer health insurance to everyone even if they are waging an expensive battle with cancer," and to make sure that they "cannot charge higher premiums because of a person's preexisting condition or current health status," or drop coverage "if someone becomes seriously ill and must renew any policy as long as the policyholder pays his or her premium in full." Aside from stopping the public option, these reforms are precisely what the Republicans hope their friend from Connecticut will help them to kill.

When Lieberman appeared on "Face the Nation" last Sunday, he reiterated his position that stopping reform altogether would be better than passing a bill with the public option. "Nothing is better than getting that," he  said. "We ought to follow the doctors' oath and say, 'First, let's do no harm.' "

But doing nothing is doing grave harm, as the ladies at Komen would sharply remind him. "Early detection is the key to survival," notes their healthcare reform site. "When breast cancer is detected early, the five-year survival rate is 98 percent" -- but "those who are uninsured or underinsured are more likely to skip potentially life-saving cancer screenings." The National Breast and Cervical Cancer Early Detection Program, which serves such women, lacks enough funding to screen 80 percent of them -- and even for women with insurance, co-payments can discourage screenings that would save lives. That is why the Komen position paper insists that insurers "must cover services like mammography and Pap smears with little or no cost-sharing for patients," in contrast to the Republican position that would allow the insurance companies to eliminate such mandates.

Like any supportive husband, Joe Lieberman shows up at Komen events, such as the organization's Race for the Cure in Manhattan last September. No doubt he thinks that breast cancer is bad and that his wife's work against it is good. But his current pandering to the insurance and drug lobbies -- which used to pay her -- cuts directly against the work she is doing today.

Ironically enough, Hadassah Lieberman was out of the country, on a working trip with Komen founder Nancy Brinker, when her husband started barking about a filibuster. (Even more ironically, she was traveling in Israel, a nation that has enjoyed a European-style universal healthcare system for many years, partially subsidized by American taxpayers and supported by politicians of all parties.)

Now that she's back in town, perhaps Hadassah will do something that could help women far more than any photo op or speech (and far more than anything she did when she worked for Hill & Knowlton, Apco Associates or Pfizer). She needs to tell her husband that if he cares about women's health, he will get out of the way of healthcare reform.