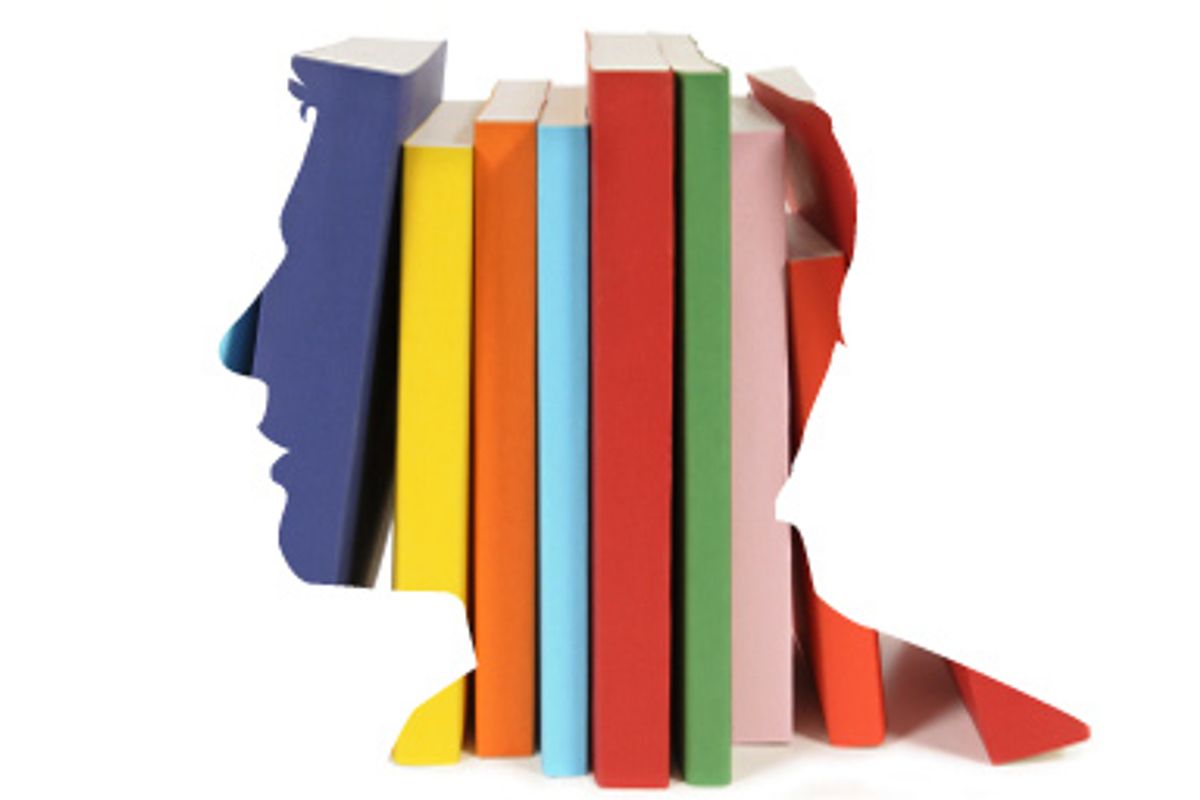 When the editors of the trade publication Publisher's Weekly announced their list of the 10 best books of the year on Monday, outrage flared across the Internet: Not a single book by a woman made the cut. Comments on P.W.'s Web site likened the list to "a flier tacked to the wall at a men's club," and the fledging feminist literary organization WILLA (Women in Letters and Literary Arts) set up a wiki page inviting visitors to add titles to a list of "great books by women" published in 2009.

And of course there was a Twitter hashtag (#fembooks) for those who wanted to express their displeasure in real time. Tweeters pointed out that women buy the majority of books sold in the U.S. and usually make up about half of the authors on any given New York Times Bestseller list. Others complained that classic novels by men get trumpeted as "must reads" while those by women are often pooh-poohed by male readers as "not to my taste." Charlotte Abbott, a literary journalist, floated the idea of an American version of Britain's Orange Prize, which goes to the author of the year's "best full-length novel in English." (American novelists are eligible for the Orange Prize; Marilynne Robinson won it last year for "Home.") That suggestion was greeted with a mixture of enthusiasm and worries about "ghettoization."

What's at issue isn't sales or even access to readers; this is an argument about prestige and critical recognition, an argument best articulated by the novelist and critic Francine Prose in a 1998 article for Harper's magazine. Prose detected a greater reverence for books by men among the nation's literary and critical establishment, which includes reviewers, prize committees and the institutions that bestow grants. She blamed this on a widespread if seldom-stated assumption that "women writers will not write about anything important -- anything truly serious or necessary, revelatory or wise."

Explaining P.W.'s list, editor Louisa Ermelino wrote, "We wanted [it] to reflect what we thought were the top 10 books of the year with no other consideration ... We ignored gender and genre and who had the buzz. We gave fair chance to the 'big' books of the year, but made them stand on their own two feet. It disturbed us when we were done that our list was all male." Yet, according to Miami Herald blogger Connie Ogle, Ermelino sounded less apologetic when quoted in a press release, characterizing the list as not "the most politically correct."

Anyone who's ever had to compile such a list -- and admittedly, there aren't many of us -- will feel an awkward sympathy for the P.W. team. Two years ago, while settling on Salon's picks for the year's best works of fiction, we wound up with five novels by men. This dilemma precipitated a lot of soul-searching, only partially soothed by the reminder that most years the majority of the books on our fiction list are by women authors. Should we swap out one of the titles by a man for another we liked less, simply because it was by a woman? The WILLA wiki implies that the editors of P.W. simply didn't bother to read books by Lorrie Moore, Margaret Atwood or Alice Munro when selecting their list, but that's highly unlikely. Chances are that they (like me) didn't think the Lorrie Moore novel and many others posted to the wiki were up to snuff. Something similar happened at Salon when it came to the fiction of 2007. In the end, unable to find books by women that we liked better than those five novels, we opted for honesty, which we consider the critic's first responsibility.

Without tipping our hand, I'll merely say that it's unlikely Salon will suffer the drubbing P.W. has endured when we run our own 10-best list in early December. But every year we do face a ticklish question: Is it the right thing to gerrymander your list in order to counteract real, long-standing cultural biases, even if that means lying to your readers? What is a 10-best list, after all, if not a record of the books we enjoyed most over the past 12 months? If you insist on a list that's ideally representative of gender, race, class, nationality (i.e., including at least one translation), publisher size (small as well as large), fame, length (short story collections as well as novels), region, genre and so on, you can easily wind up with, say, a list of nine books you kinda like and maybe one you truly love. That's a tepid dish to serve up to readers, and not likely to inspire much enthusiasm, either.

On the other hand, few things are more subjective than judgments about how "great" any given book is. Those real, long-standing cultural biases mentioned above live in the heart of every critic to one degree or another, and we'd be shirking our duty if we didn't try to account for them. Writing off such qualms as mere "political correctness" is, in its own way, just as dishonest as exaggerating your admiration for a book simply because its author is female, or dark-skinned, or from a far-off nation. I don't doubt that P.W.'s editors are entirely sincere when they say their list reflects their unvarnished preferences. Still, the fact that those preferences can't encompass one woman author among 10 books (fiction or nonfiction) picked from the 50,000-plus titles they claim to have sifted through suggests that their horizons might need a bit of deliberate widening.

Fortunately, most years bring enough good books that we're able to choose from a fairly diverse array of candidates. If we adore two novels (or histories, or biographies) to about the same degree, we do take factors like an author's gender or the size of the book's publisher into account -- the same way we try to maintain a mix of literary tones and moods, from the slim, intensely personal memoir to the majestic and well-footnoted doorstop. The key question remains, is the quality of our final list diminished by those decisions, or enriched by them? We like to think that, like us, most readers appreciate some variety in their literary diets.