"Precious" in the age of Obama 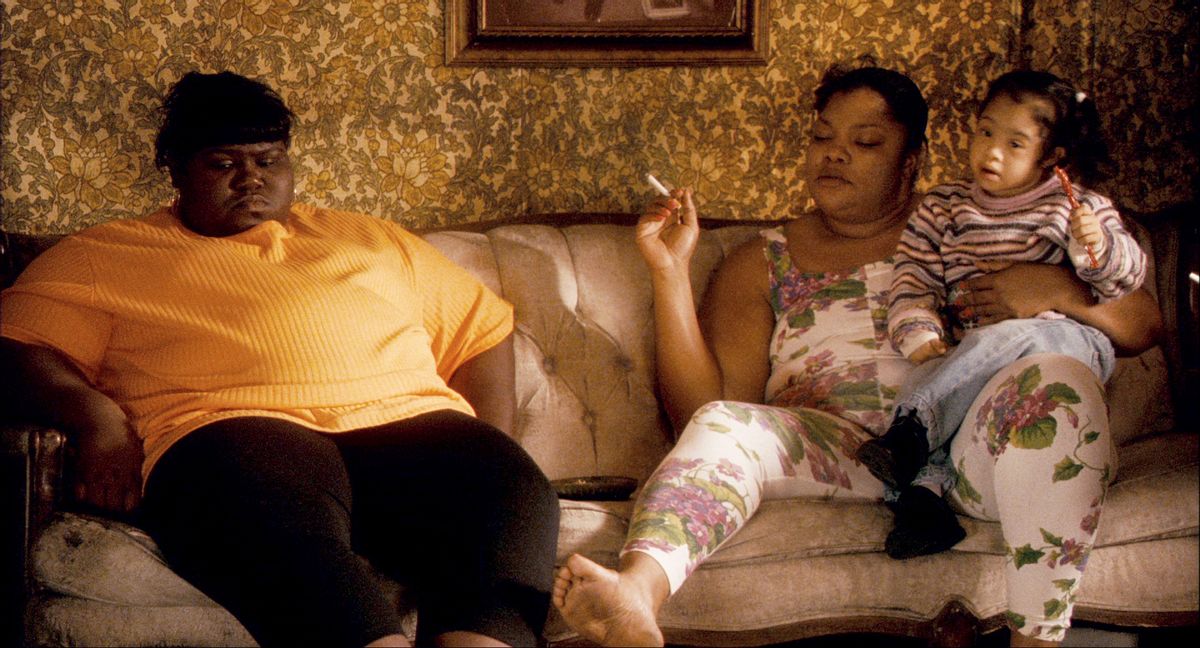 As a black woman, I had one overwhelming reaction to the trailer for "Precious": horror. Watching the unflattering images pile up in the space of a minute -- hugely overweight teen, crazy welfare mother, illegitimate babies, an especially bleak-looking Harlem -- my political alarms went crazy. I glanced uneasily around the almost exclusively white West L.A. theater and thought: Boy, they've done it this time. Noble "Precious" looked to be one more brick in the wall for black folks, something that would bury ever deeper a more nuanced reality that never makes it to the big screen.

And I was right about one thing: They have done it this time. But not at all in the way I imagined. Far from being some exploitative spectacle for whites, the hard-hitting tale of "Precious" is a film for blacks and a challenge to drop our own emotional armor and embrace a real-life story we have been minimizing for a long time -- that of a big, black, sullen-faced, illiterate girl who lives in the depths of the ghetto and in all likelihood will stay there. She is the bogeywoman not just of white society but of black society, too, especially for a middle class that's been trying for years to rescue its "negative" racial image from the likes of Precious. But while we in the real world preach community ad nauseam, it's girls -- and boys -- like her who remain at the bottom of the well. In making the bottom dweller eminently human, the movie forces blacks to assess their own humanity. And I found myself squirming in the seat more than once.

Of course, my squirming speaks to how comfortable we've all gotten with set paradigms in black film. Hollywood has long favored comedies or "urban" dramas, both of which mine the deprivation and depravity of the ghetto for entertainment (a phenomenon I call "ghettotainment"). Movies like "Menace II Society" and "Barber Shop" sit comfortably atop the Netflix queues of a multicultural audience. And at the opposite end of the spectrum are the uplifting dramas, stories of dignified black folk overcoming oppression and/or segregation, movies often set in a distant, racist past -- "Glory" or "Remember the Titans." But "Precious" is jarring, because it breaks all these rules. The movie is about racial oppression, but it's modern; its protagonist is inner-city but a female, not an archetypal gangbanger or would-be criminal; though she perseveres, Precious is clearly a victim, not a victor.

Perhaps the best thing about "Precious" is how it dismantles the well-honed defense mechanisms of the black audience. As viewers, we tend to be ready commentators, snickering at our own pain; we make fun of these on-screen moments because they're frequently so unconvincing. Movies, among other things, have taught us not to take ourselves seriously. But in drawing black pain so specifically and unsentimentally, "Precious" makes those cavalier attitudes impossible. When Mo'Nique snaps, "Shut the fuck up!" for the hundredth time or Gabourey Sidibe, the remarkable actress in the title role, tearfully confesses to her own sense of nothingness, the largely black audience I sat with was silent; I could feel a rare chill of recognition. In one of the film's most heartbreaking moments, Precious stands on the cold sidewalk with her new baby, looking longingly through the window of a church at a gospel rehearsal in joyous full swing. It's rare to see a black church portrayed as impotent. But it isn't a condemnation so much as an illustration of her isolation -- our isolation.

The truth is that all blacks harbor a bit of Precious inside them. To one degree or another, we have all lived her, been her. Who hasn't looked in the mirror and wanted "better" hair, less body mass, lighter skin, more confidence, more assurance that we're worthy? Who hasn't lashed out in anger at a world that we know holds us in subtle and not-so-subtle contempt? Who among us hasn't retreated behind an emotional mask in order to get by? Precious is a fully realized character but also a metaphor representing blacks at our lowest psychological ebb, a place we've always feared because we know it has the potential to swallow us whole. We tend to refer to that low ebb via statistics -- rising levels of depression and suicide -- but those are sociological abstracts that keep black people at an emotional distance from each other. "Precious" unceremoniously closes that gap. And just in time for the Obama era, which urges us to believe in the president as a symbol of success for blacks everywhere. Role model? Not hardly. To Precious, Obama is only another light-skinned black fantasy boyfriend with a dazzling smile and good hair.

It's perhaps not surprising that this project comes to us from Oprah Winfrey. Yes, she is the queen of love-yourself affirmation, but she's also a dark-skinned black woman with a history of weight problems. She is also a lightning rod for political controversy. When Stephanie Zacharek's review of "Precious" ran last week, some commenters groused about Winfrey's involvement, complaining that she too often mined the depressing territory of rape and degradation in projects like "The Color Purple" and, I suppose, "Beloved." But this is nonsense. Why should Oprah or anybody else in Hollywood have a quota for certain stories? How many harrowing Holocaust or violent mob stories has America embraced with fresh enthusiasm for each telling? (It's worth remembering that few Oprah fans supported the ambitious "Beloved," probably because slavery itself was unending sexual degradation that nobody wanted to stomach -- not even for one movie, even one with Oprah in it). Even more intriguing but less discussed is the involvement of Mo'Nique, the plus-size actress/comedian who plays Precious' Joan Crawford-like mother, Mary. Mo'Nique has graced several covers of Essence magazine and is rightly considered a touchstone of black female empowerment. Her no-holds-barred performance as the black woman of everybody's worst nightmares carries a certain risk -- will people think this harridan is the "real" Mo'Nique? Such are the questions of authenticity that dog every black film, whatever it is.

I give even bigger props to the film's co-producer Tyler Perry. Unlike Oprah, whose tastes run to the literary, Perry has become famous making simple stuff -- broad cross-dressing comedies and black family drama with overtly Christian messages of hope and redemption, movies that are really more propaganda than art. Those movies may top the box office, but they don't do much to humanize black folk or expand our story. But Perry has shifted gears with "Precious," at least temporarily. Maybe he'll even stay on this courageous course, something that is the polar opposite of crowd-pleasing pablum like "Why I Got Married" and "Madea Goes to Jail." But "Precious" proves you don't always have to choose between artistic and commercial success; the film's first opening weekend was record-breaking. It's a sign how much we needed to tell this story. And, perhaps, how many stories there are left to tell.