Answers to some of the big questions out there, from abortion coverage to the public option, and more 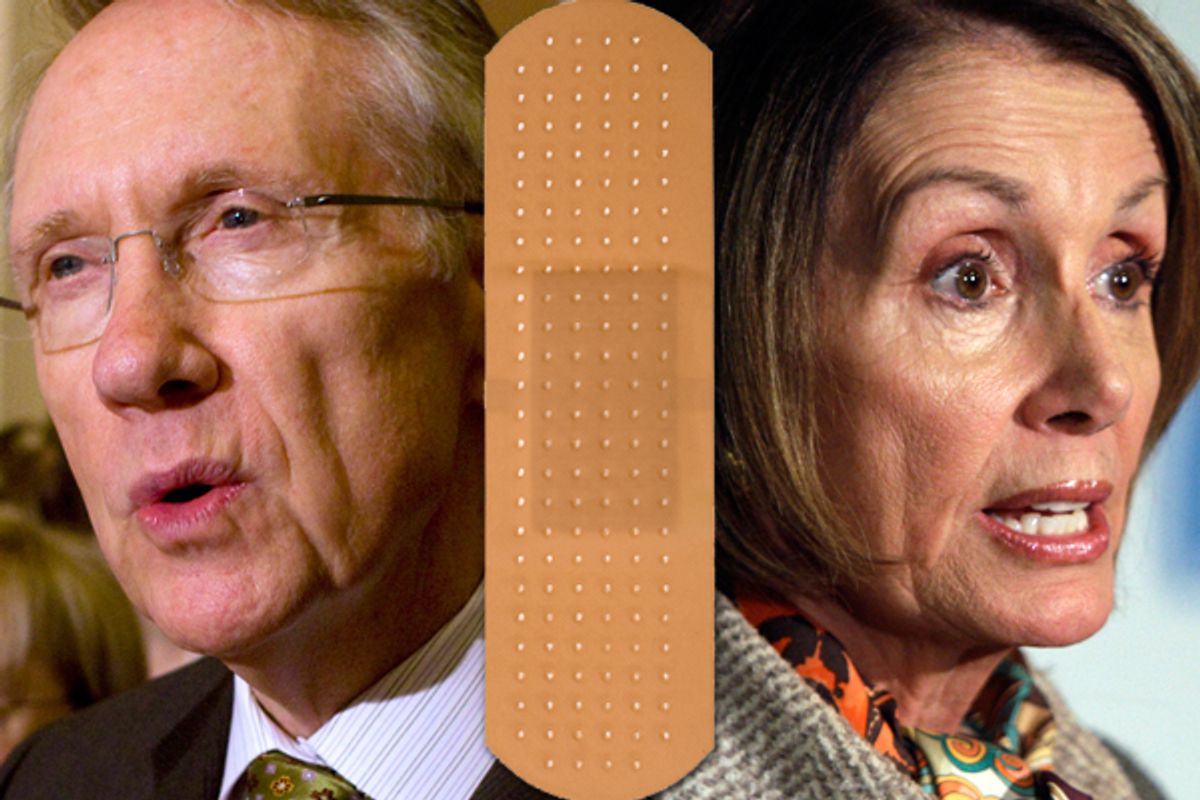 With the House having approved its version of a healthcare reform bill on Saturday, Democrats in Congress are now closer to passing major reform than they've been in decades. That doesn't mean they're truly close, though -- there are still a lot of issues to be ironed out, and a fair number of potential obstacles that could arise to derail the whole process.

The public option remains a major stumbling block, for one thing, and the issue of coverage for abortion, which has been simmering under the radar for some time now, finally exploded with the addition of the Stupak amendment to the House's legislation.

All this can get pretty confusing, even for people paying close attention. So Salon has put together the list below, addressing some of the most common questions out there, from what kinds of restrictions the Stupak amendment places on abortion coverage and whether it will be in the final bill, to the public option's chances and the current timetable for getting a bill signed.

1. What's the deal with the Stupak amendment? Why is it in the bill?

The Stupak amendment, which has been a target for criticism from the left this week, restricts coverage of abortion, expanding an old prohibition on federal funds being used to pay for abortions. A late addition to the House bill, the amendment is in the legislation because, simply put, the bill would have gone down to defeat without it.

Democrats had long maintained that their proposals didn't provide taxpayer money to pay for abortions, but the right had been alleging that wasn't true, and that was enough to scare some moderate members, not to mention energize the pro-life Democrats in the House. The abortion issue had caused a stalemate in the House, and could have led to further delay in getting the bill passed, but Speaker Nancy Pelosi wanted to get it done over the weekend; thanks to the Stupak amendment, she did.

Pelosi has taken a fair amount of heat for agreeing to allow a vote on the amendment, which she knew its supporters would win, but she didn't have much choice. Majority Whip James Clyburn has said that adding the provision won Democratic leaders 10 votes -- the margin of victory when the House approved the bill late Saturday night was just three votes.

2. What does the Stupak amendment mean for me? Will my insurance stop covering abortions?

Well, there's some debate about that. Opponents, like Rep. Nita Lowey, D-N.Y., or Firedoglake's Jon Walker, contend that it would prevent women from purchasing insurance that covers abortion even if they buy that coverage with their own money. Walker, for instance, pointed to a passage in the amendment that says no funds appropriated in the bill could be used to "cover any part of the costs of any health plan that includes coverage of abortion." The amendment itself, however, is pretty clear that what that's referring to are specific individuals' or families' plans, not a plan or provider generally. (That is, Jane Doe's insurance can't include abortion coverage if she's getting government money to help pay for it, but Blue Cross can offer such coverage on plans not available to people receiving that money.)

Still, the amendment will have the effect of separating women into classes: Those who can afford to buy their own insurance without government help will have the choice of a plan that covers elective abortions, while those who need the subsidies won't have the option. They will be able to purchase separate coverage, but that won't be subsidized, and it strikes many opponents of the amendment as a pointless idea, and with good reason -- that would mean people planning for unplanned pregnancies.

3. How much of this abortion stuff is likely to be in the final bill?

That's a very good question. At this point, it seems inevitable that some sort of abortion restriction will be included if and when the legislation makes it to President Obama's desk. It also seems likely that the exact language in the Stupak amendment won't make the cut.

House Democratic leaders, like Clyburn and his deputy, Rep. Debbie Wasserman Schultz, have said they believe the Stupak amendment will be removed from the legislation when the House and Senate iron out the differences between their bills in committee. Separately, Obama has indicated that he thinks the language needs to be changed. Plus, 41 House Democrats have signed a letter to Pelosi in which they promise not to vote for the final bill if it "contains language that restricts women’s right to choose any further than current law." Beyond that, pro-choice groups and activists are extremely angry about the amendment, and are fighting hard against it. And given the pivotal role the movement plays in the Democratic Party, not to mention the party's reliance on winning a majority of women's votes, it's hard to believe there won't be at least some concessions.

There's an "on the other hand" here, though. First of all, Democrats still need those 10 votes in the House. Then, too, there's the Senate, where Majority Leader Harry Reid can't afford to lose any votes if he's going to defeat a Republican filibuster. Sen. Kent Conrad, D-N.D., a potential swing vote, has said he doesn't believe the Senate will pass any bill that doesn't include restrictions on funding for abortion. Another senator who's been on the fence, Nebraska's Ben Nelson, told Salon he thinks the legislation "should have a prohibition on spending federal money on abortions."

4. Did the House get a public option in the bill? What kind?

The House bill would set up a public option as part of the insurance exchange for people who don't have insurance through their jobs. But it wasn't quite as "robust," to use the word lawmakers like to throw around, as progressives were hoping. The House would force the public plan to negotiate rates for services, medicine and procedures with doctors, drug companies and hospitals the same way private insurers do. The price the plan gets would probably depend in part on how many patients wind up buying into it; the Congressional Budget Office has estimated about 8 million people, which might not be enough to give the plan as much bargaining leverage as progressives wanted.

The more robust version of the public option would have tied reimbursement rates to Medicare, which -- because it covers 45 million people -- has the power to force providers to take lower prices. Progressives wanted the public option to pay 5 percent higher than the Medicare price, which could have saved more money. But just about every industry group -- doctors, hospitals, drug makers and insurance companies -- argued that that would just lead to higher prices for private insurance firms, and in the end, the votes weren't there.

5. What about the public option in the Senate?

That's one of the issues holding up the progress of the Senate's version of the healthcare bill. Reid has proposed a public option that states could decide not to offer, hoping to placate the concerns of some conservative Democrats worried that their constituents will oppose any government-run health plan. (Independent Joe Lieberman, of Connecticut, still says the public option is "wrong" and that he won't vote for any bill that includes one.)

Even some of the strongest supporters of a public option admit they may not have the votes to push it through. "We're still trying to find that level at which the caucus will feel that it's being treated fairly, and it won't alienate any member of our caucus to vote against it," Sen. Ben Cardin, D-Md., told Salon Tuesday. "I don't know how the vote comes out on the floor of the Senate -- I just don't know. I don't know whether we have a majority or not that will support a modified public option. I think it's going to be kind of close."

Still, considering the conventional wisdom for most of September and October was that the public option was dead on arrival in the Senate, the fact that Reid decided to push ahead with even the modified public option was a victory for progressives.

6. What happens next? And when might all of this get done?

The Senate is scheduled to have a bill introduced before the Thanksgiving recess, though lawmakers won't actually get around to debating it until they come back on the Monday after the holiday. One senior Democratic aide says the Senate should be able to pass its version of the legislation by the end of the year "for sure," but meeting Obama's goal of getting the final bill to the White House for his signature by New Year's will take "a lot of luck." Sen. Dick Durbin, D-Ill., the second-ranking Democrat after Reid, said Tuesday that that probably won't happen.

If the Senate does pass its bill, then the White House and Congress will have to come up with a way to merge the two versions. That could lead to a whole new round of disputes and negotiations over abortion rights, the public option and the cost. But at this point, the administration would happily take on that set of worries.