Is your pilot drunk?

Do I have to worry about my pilot showing up under the influence? Plus: A safety milestone goes quietly unnoticed 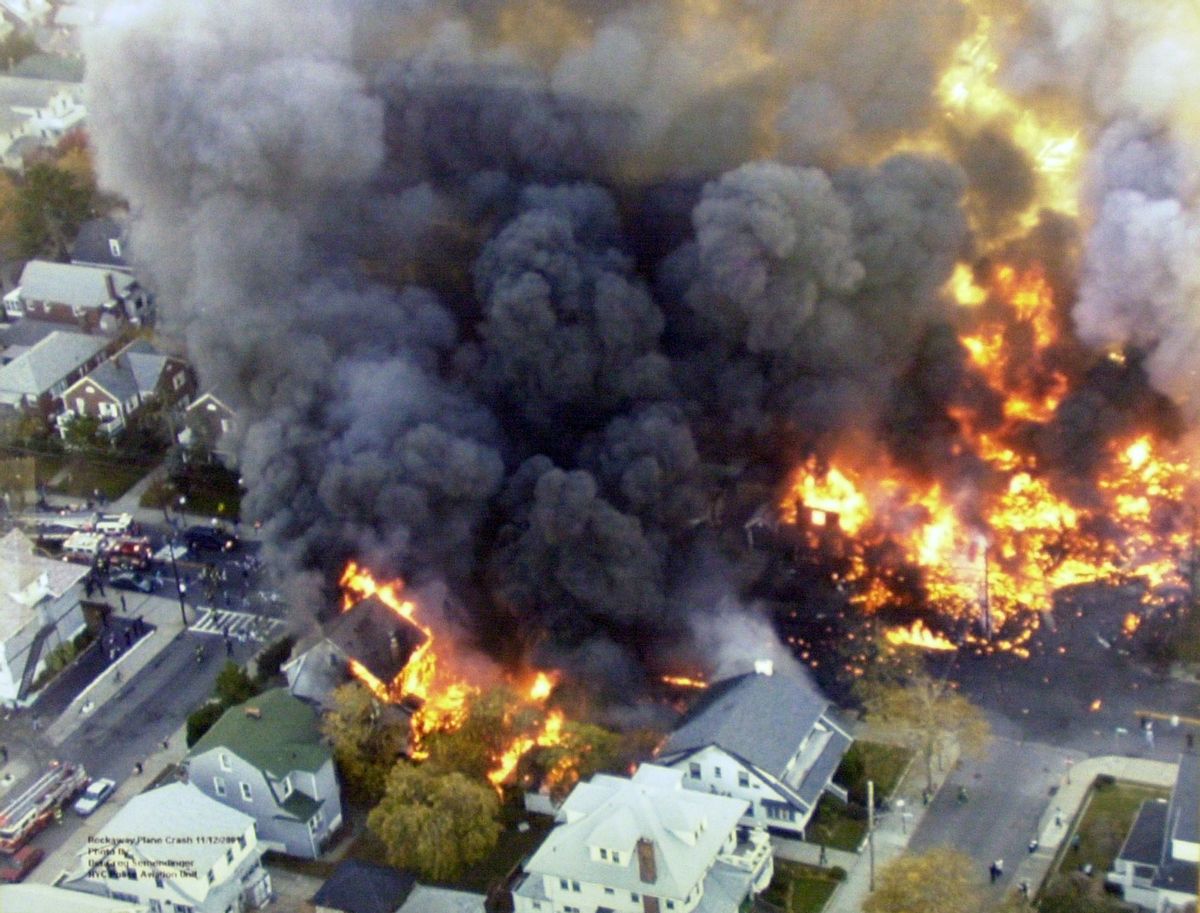 First up, a brief statement regarding the United Airlines pilot detained in London after failing a Breathalyzer test. Erwin Washington, 51, was one of three pilots scheduled to operate United Airlines Flight 949 from Heathrow to Chicago's O'Hare airport when he was detained by authorities who were alerted by another United employee.

For those of us who fly for a living the timing of this couldn't be worse, what with last month's embarrassment of the two Northwest pilots who wandered off course after becoming engrossed in their laptops. Seems it only takes a minor scandal or two to wipe out all of the respect (and sympathy) previously accrued by way of our old friend Capt. Sully.

Believe me, a pilot showing up for duty under the influence isn't going to be held in high esteem by his colleagues. But more important, I need to make clear that although this isn't the first time such a thing has happened, it shouldn't give the traveling public the wrong impression. These rare and isolated incidents are not a symptom of some dangerous and unseen crisis. I understand and expect that passengers will worry about all sorts of things, rational and otherwise. But as a rule, whether your pilots are intoxicated should not be one of them. My own personal observations are hardly a scientific sample, but I have been flying commercially since 1990, and I have never once been in a cockpit with a pilot I knew or suspected was intoxicated.

The Federal Aviation Administration blood alcohol limit for airline pilots is .04 percent, and we are banned from consuming alcohol within eight hours of reporting for duty. Pilots must also comply with their employer's policies, which tend to be tougher. Most airlines impose a 12-hour consumption restriction. Drug and alcohol testing is random and frequent.

This is not something pilots tend to play fast and loose with. Why would they, with a career hanging in the balance? Violators are subject to immediate, emergency revocation of their pilot certificates.

And Britain's regulations are considerably stricter that those of the FAA. The legal limit is set at 20 milligrams of alcohol per 100 milliliters of blood. That's one-fourth the British limit for driving, and equates to about .02 percent blood alcohol level. It's possible for a pilot to be in full compliance with the time restriction and not feel any of the typical signs of intoxication, yet still be in violation. The same can sometimes be said for our own .04.

No, that is not an excuse for Washington or anybody else; I have no problem with a requirement that pilots abide by a higher, more conservative standard than others. If we need to be extremely careful, so be it, that's part of our job. But it's something to think about, and passengers should realize that "flying drunk" isn't as clear-cut, or as wildly negligent as it might seem.

It is also true that more than one airline pilot has been pulled aside after a passenger, Transportation Security Administration guard or other airport worker suspected intoxication, only to be vindicated after testing. Typically in such cases, the papers and TV news hastily report the initial suspicion, but not the eventual results.

Having said all of that, it should go without saying that alcoholism exists in aviation just as it exists in every other profession. To their credit, air carriers and pilot unions like Air Line Pilots Association have been very successful with proactive programs that encourage pilots to seek treatment. This has helped keep the problem from being driven underground, where it's more likely to be a public safety issue.

Not long ago I flew with a colleague who participated in the highly successful HIMS program -- an intervention and treatment system put together several years ago by ALPA and the FAA. HIMS has treated more than 4,000 pilots and records a success rate of approximately 90 percent, with only 10-12 percent of participants suffering relapses.

I asked that colleague if, prior to going into HIMS, he'd ever knowingly flown under the influence. He said, "No."

And I'll leave it at that.

Let's move on, because what I really want to talk about this week is nothing.

And by "nothing" I mean the deafening silence that marked the passing of Thursday, Nov. 12, 2009. That was the eighth anniversary of the crash of American Airlines Flight 587 near Kennedy airport in New York City -- the last large-scale crash involving a major U.S. airline anywhere in the world.

We've seen a handful of disasters involving regional planes since then -- the worst of them being the 2006 crash of Comair Flight 5191 in Lexington, Ky., and last February's Colgan Air tragedy outside Buffalo. But aside from a young boy killed when a Southwest 737 overran a snowy runway in Chicago in 2005, our largest airlines, operating some 10,000 daily flights between them, have been fatality-free. Eight years is a record going back at least to the dawn of the jet age a half-century ago.

Here we are amid what might be called the safest stretch in modern commercial aviation history, but you wouldn't know it listening to the media. Passengers learn instead of frightening-sounding mishaps like that of the United pilot and the totally overblown Northwest incident two weeks ago. Heck, a plane blows a tire and CNN will have its cameras out for live coverage of the touchdown, but I have yet to come across a single mention of the significance of yesterday's anniversary.

No news is no news, I guess.

This eight-year run (and counting) is owed to several things. Better training is not the least of them, along with improved cockpit technology and other aircraft safety enhancements. We have engineered away many of what used to be the most common causes of disaster.

Yes, we've been lucky too. And while I hate to say it, that luck will run out at some point. When the inevitable crash does come, I only hope that somebody besides me takes the time to point out the unprecedented streak that preceded it.

American 587 was an Airbus A300-600 bound from JFK to Santo Domingo, in the Dominican Republic. The plane went down on Nov. 12, 2001, after the first officer, Sten Molin, overreacted to an encounter with wake turbulence spun from a Japan Airlines 747 that had departed moments earlier. Molin's overzealous use of the plane's rudder caused the entire vertical fin to separate. Airborne for less than three minutes, the jet plummeted into the Rockaway section of Queens. All 260 passengers and crew were killed, along with five people on the ground.

The rudder is the large movable surface hinged to the aft edge of the vertical stabilizer -- that is, the tail -- used to control the side-to-side "yawing" motion of an airplane. It is controlled either through the autoflight systems or, if need be, manually through a pair of foot pedals at either pilot's station. Here is a view of the first officer's station of an A300-600.

The voice and data recorders show that Molin commanded a full deflection of the rudder. Fully deflecting a plane's rudder is somewhat akin to yanking a car's steering wheel 90 degrees, so most larger planes, including this one, are equipped with segmented rudders and automatic limiters, reducing the available rudder travel as speed increases. The faster you're flying, the less available movement. Even had the limiting systems somehow failed, Flight 587 was, at the moment of its doom, sufficiently below the speed at which maximum deflection, intentional or otherwise, should have damaged the structure. Pilots call this "maneuvering speed." Barring any structural anomaly, it seems there was no reason for Flight 587's vertical stabilizer to fail.

Except for two things. First, Molin applied maximum pressure rapidly and in both directions, repeatedly swinging the rudder to the left and to the right. A plane's airworthiness certification standards are not based on such unusual, alternating applications of extreme force. Second, the A300's rudder controls are unusually sensitive, and resultant movements, even at low speeds, may be more severe than a pilot intends. In other words, Molin didn't realize the level of stress he was putting on the tail.

Clearly he overreacted, but he didn't have reason to think his inputs were going to rip the tail off, and he was not the only pilot surprised to learn that full deflections below maneuvering speed, however irregular, are risking structural catastrophe.

There also remains the chance that the A300's carbon-fiber tail may have played a role in the accident. Carbon-fiber components are stronger and lighter than traditional metals, but damage tends to occur internally in a way that is hard to detect. And Airbus tails are built to withstand lesser -- though still quite forceful -- amounts of stress compared to Boeing jets.

In 1994 the same plane involved in the accident made an unscheduled landing in the Caribbean after it struck unusually rough air at 35,000 feet. Could this have resulted in a structural weakness, more or less undetectable, needing only the right set of circumstances to manifest itself? The recovered portions of 587's tail were put through advanced CT scanning and analysis, to no significant findings.

Flight 587 was well-known among New York City's Dominican community. In 1996, merengue star Kinito Mendez paid a sadly foreboding tribute with his song "El Avion." "How joyful it could be to go on Flight 587," he sang, immortalizing the popular daily nonstop.

For more facts and findings pertaining to Flight 587, please revisit this 2004 column. And in closing, since everybody seems to be in such a negative and morbid state of mind these days, here's a list.