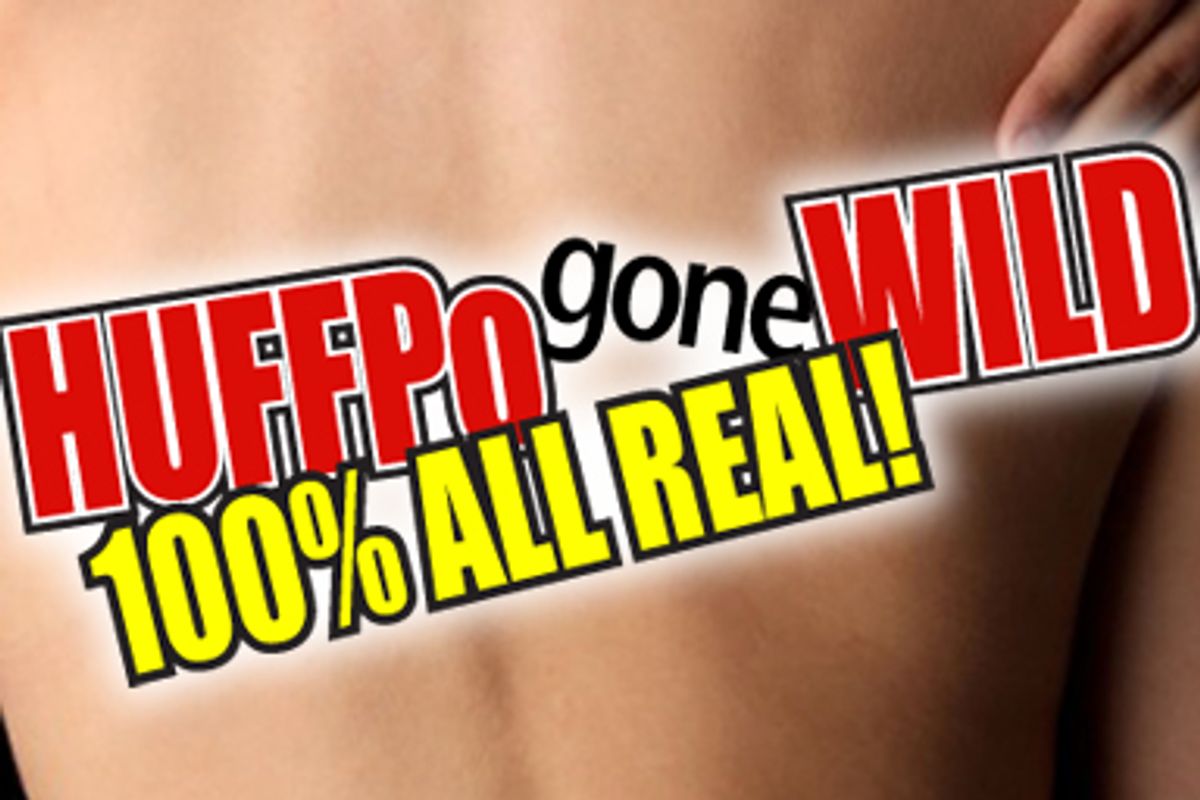 I happen to be an unabashed fan of shameless titillation. And many of us at Broadsheet are also, in the interest of full disclosure, admirers and associates of the Huffington Post. Yet I must put down my Victoria’s Secret catalog and Jell-O shooters for a moment today to ask: What the hell is up with HuffPo’s Celebrity Skin?

Is it weird that after reading through these headlines, it now burns when I pee?

It’s not that we require hard-hitting analysis behind every nip slip. We understand HuffPo is grabbing eyeballs (and whatever other body parts the audience will provide), and that no one clicks on something called “Celebrity Skin” with the expectation of C-Span’s Book TV. We further give props to the HuffPo for offering dozens and dozens of similar "Big News" pages, on subjects ranging from Pirates to Sleep to Women's Rights.

However: For a site founded by an ambitious, intelligent woman (albeit one who made her early reputation calling the women's movement "repulsive" and an attack "on the very nature of woman"), for a site that has attracted a stellar roster of contributors and is an admirable model of innovative social media experimentation, it’s a bummer to watch HuffPo lazily relying on a steady diet of T & A and crotch grabby headlines. It’s just so ... Old Media.

Yes, there are a few males on display here, too. Care to see Faizon Love’s ample posterior? Dying to know that “Rick Springfield To Bare Butt On 'Californication'”? Didn’t think so. Nope, mostly, Celebrity Skin is getting its page views on the backs – and formidable fronts – of women. Women who are more than their hooters, though you might not get that impression looking around HuffPo. If the 838 comments regarding Jennifer Connelly’s see-through dress or the 755 debating the best chest in Hollywood don't make you consider changing the name of your own site to allboobiesallthetime.com, you are far less cynical than I.

The fact that there's currently a counterpoint story from Susan Harrow, author of "Sell Yourself Without Selling Your Soul," stating that,  "I know flashing your flesh sells magazine covers and gets people involved in polls, but I find it discouraging at best" doesn't offer much solace. "If you'd rather people notice your insights than the size and shape of your breasts," she says, " then keep them under wraps -- or at least don't make them front and center." See, it's the stars' fault! They go around waving those things -- what are we supposed to do?

HuffPo, please, we love you. Now put on your shirt and stop trying to make out with us.