The former CNN host sounds like he's running for office -- and if so, he's a GOP nightmare 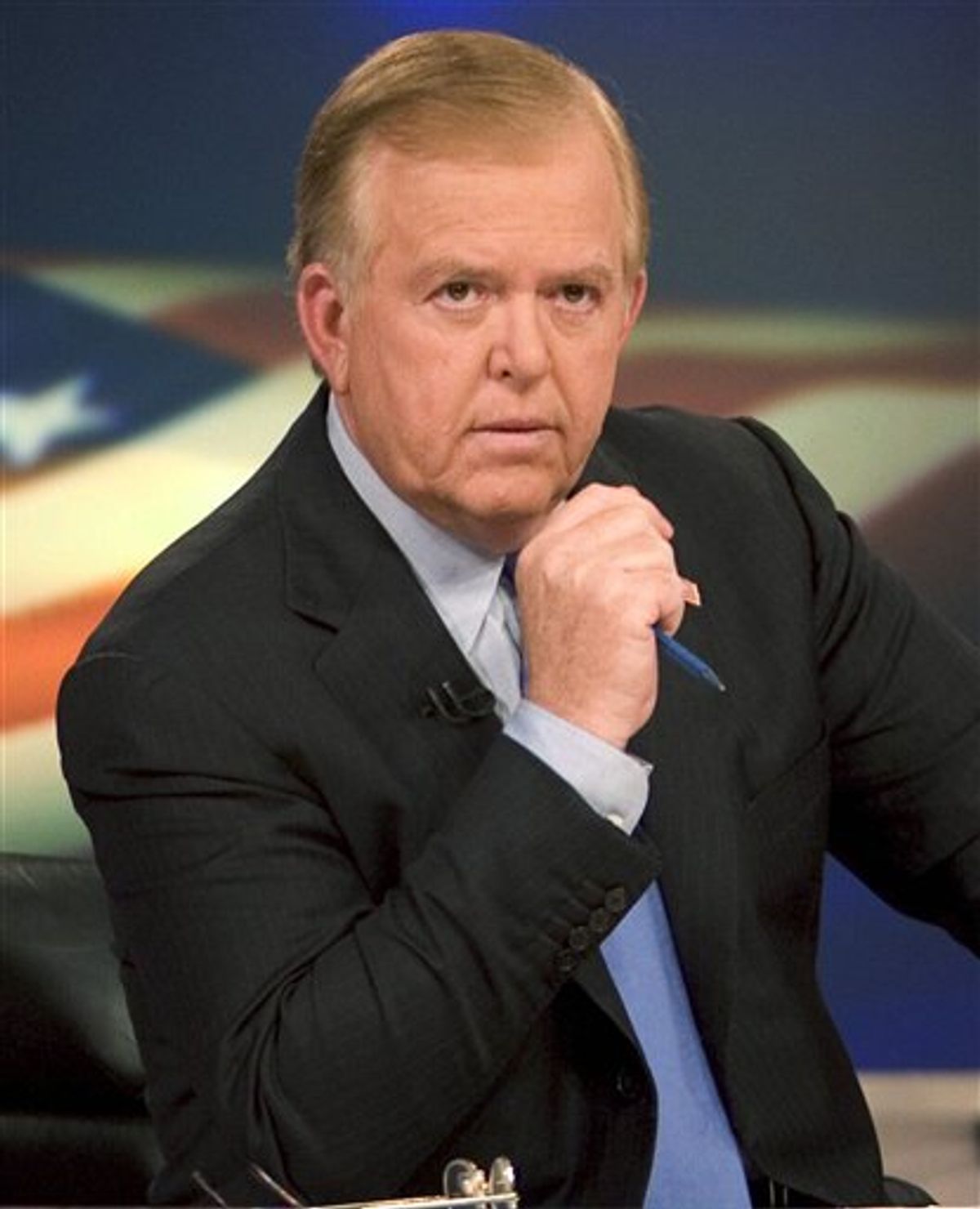 The evening of Nov. 11, when Lou Dobbs formally ended his career in journalism, may mark the beginning of a political nightmare for conservatives. In his departing remarks, he surely hinted at bigger ambitions when he said that "some leaders in media, politics and business have been urging me to go beyond the role here at CNN and to engage in constructive problem solving as well as to contribute positively to the great understanding of the issues of our day."

The next day, in his first radio broadcast after resigning from the news network, he appealed directly to independent voters, whom he said "dominate the registration rolls in this country for the first time," and went on to criticize President Obama as a leader who "focuses on the partisan and racial" in a "21st century post-partisan, post-racial society."

Having observed the former CNN anchor for many years, including a number of recent appearances on his nightly broadcast, I suspect that he may well nurture ambitions to run for president, as reported in the trade press -- and could mount a formidable campaign drawing upon the same resentful remnant that Republicans hope to mobilize in 2012. Except that he probably won't be running as a Republican.

Thanks to the crusade mounted against him by Media Matters for America, Presente.org and  a host of other progressive and ethnic organizations, Dobbs is known most widely these days for his inflammatory attacks on illegal immigrants. Stoking nativist paranoia, he has blamed undocumented workers for problems both real and imaginary, from lost jobs and violent crime to increasing leprosy and conspiracies against U.S. sovereignty. On more than one occasion, he has encouraged far-right suspicions about Barack Obama's citizenship, allowing the "Birthers" to spout their theories on a network that had already discredited them (even on his own program). As those incidents were documented repeatedly and amplified by his critics, the tension between Dobbs and CNN executives inevitably rose toward a breaking point.

But in Lou's own mind, at least, there is more to the Dobbs brand than stoking white fears and resentments. Unlike Patrick Buchanan, a populist who more or less admits that he is a racist and Nazi sympathizer, Dobbs resents accusations of prejudice (and happens to be married to a Mexican-American woman -- with whom he lives on a 300-acre horse farm in New Jersey).

The image that he has crafted for himself over the past several years is "Mr. Independent," an identity that has always seemed more appropriate for a political candidate than a news anchor. Mr. Independent is a star-spangled superhero, dazzling enemies with his ferocious smile as he restores truth, justice and the American Way to a grateful "independent nation." If that sounds like a ridiculous exaggeration, check out his Web site.

It is true that LouDobbs.com provides much of the same right-wing rhetoric available from Rush Limbaugh or Fox News Channel, featuring guests such as Mike Huckabee, Bill Donohue and Frank Luntz. Glancing at the Web site or listening to him on the radio makes Dobbs appear to be a "lifelong Republican," as he has occasionally described himself in the past. He lambastes ACORN, the "national liberal media," Nancy Pelosi, "government-run healthcare" and, of course, Barack Obama, all in the usual frothing style.

Yet there is much about his fundamental outlook that simply cannot fit within the Republican party today -- and in no fewer than three bestselling books, he has poured scorn upon the GOP and its free-market idolatry. His skepticism of open borders has long extended to trade as well as immigration, and he has fervently denounced the corporate greed that led to the outsourcing and offshoring of millions of American jobs. That pugnacious attitude won him the George Kourpias Award for Excellence in Labor Journalism from the International Association of Machinists in 2004. ("We would canonize him if we could," said the union's president as he presented the award to Dobbs.)

He despises corporate lobbyists, complains about corporate tax evasion, and has supported public financing of elections. He blasted the banking and credit card industries for pushing through the bankruptcy "reform" that ruined families while fattening their profits. In the past he has even criticized Republicans for promoting cultural warfare over abortion and gay marriage, although he recanted last September with a groveling address to the Values Voters Summit (another possible signal of an incipient candidacy).

Does the Dobbs catalog of outrage make sense as a political platform? Or is he merely another demagogue who encourages dangerous bigotry without offering any real solutions?

As anyone who has debated him will acknowledge, Lou is smart and informed as well as skillful and telegenic -- all of which makes his pandering to the Birthers and the bigots even more disappointing. But the history of third-party movements in modern American presidential politics, from Ross Perot to Ralph Nader to Buchanan, suggests that those who should fear him most are his fellow conservatives.

Not only would he be capable of splitting at least some of the right-wing "tea-bagger" vote away from the GOP, but he might insist on exposing the most damaging effects of the market idolatry that has hypnotized the Republican establishment. Speaking of that establishment on his morning-after radio show, Dobbs warned against the Republicans as "absent" and "inadequate" in the "contest of ideas and values," while promising to "recommit ourselves" to "a contest of ideas in the open and public arena, unconstrained by notions of orthodoxy or political correctness."