"The End of Poverty?": How the rich steal from the poor

Does a confrontational new documentary try to resurrect Marx for the 21st century? And is that such a bad idea? 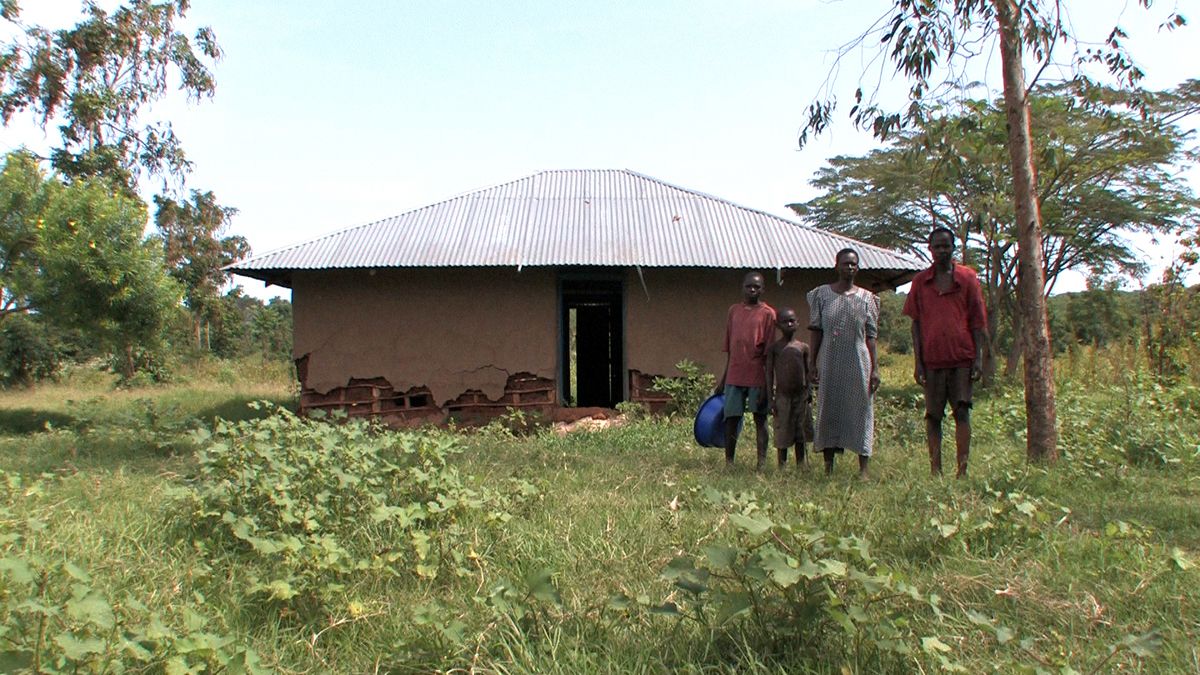 So here's the real question about capitalism, the one nobody really wants to face: Does it create gross inequality as an unfortunate byproduct of its energy and dynamism -- or is gross inequality itself, between rich and poor, between the industrialized North and the underdeveloped South, the principal product of capitalism over the last five centuries?

Philippe Diaz's powerful and upsetting documentary "The End of Poverty?," which weaves together a wide range of talking-head experts and a startling array of ordinary poor people and their advocates from around the globe, casts a strong vote for Option B. Unfortunately, that answer is virtually off-limits in public discussion these days, and is likely to make the film and its French-American director unpalatable to precisely the audiences who should see it and think about it.

It would be easy, and not entirely unfair, to classify Diaz's film as part of the ongoing effort among certain elements of the global left to rehabilitate Marxism, now that memories of the Soviet nightmare have faded. (In fact, Diaz is planning a film about Marx's "Capital," arguably still the most astute study of capitalism ever written.) But that label suggests a dogmatism that is totally absent from "The End of Poverty?" Diaz's interviewees include the Nobel-winning economists Amartya Sen and Joseph Stiglitz, along with such other leading academics as economist William Easterly and political scientists Susan George and Chalmers Johnson. Those people represent a wide range of views (Easterly might even be described as a libertarian conservative), and none of them is likely to start ranting about the abolition of private property or the inevitable triumph of socialism.

"The End of Poverty?" seeks to remind us that the global victory of capitalism over the last 30 years has only brought its flaws into sharper focus. We now live in a world where 20 percent of the population -- that's you and me, bub -- use 80 percent of its resources, where upward of 1 billion people live on $1 a day or less, where 16,000 children die daily from malnutrition and where the people of sub-Saharan Africa, the globe's poorest region, spend $25,000 every minute servicing their massive debt to the rich countries of the North. All those markers of extreme poverty have gotten dramatically worse since the '80s; despite rapid technological and agricultural progress in the developed world, the number of people suffering from chronic malnutrition has roughly doubled in the past 40 years.

Diaz doesn't spend much time addressing the responses of mainstream or neoliberal economists to these phenomena -- essentially: gee, that's too bad! But deregulation, innovation and privatization will fix it all eventually -- and his impressive film would be stronger if he had. Presumably his title is meant to challenge or rebut Columbia professor Jeffrey Sachs, the rock-star economist whose book "The End of Poverty" (with no question mark) argues that a program of massive international aid, mixed with marginal, incremental reforms in poor countries -- can curtail extreme poverty within 20 or 30 years.

It's become conventional to blame the culture and climate of poor countries and poor people, at least in part, for their own plight, as if corrupt dictatorships, ethnic warfare and raw-material economies were somehow intrinsic to Africa and Latin America. In depressing but largely convincing fashion, Diaz's film argues that all those things were the result of a lengthy historical process. Africa's dysfunctional and often anti-democratic regimes definitely aren't helping matters, for example, but they themselves -- along with the dire poverty they can't manage -- were produced by the European and North American powers' relationship to the global South, from 16th-century colonization right through 21st-century globalization.

What's most profound, and also most controversial, in this analysis is the question of how much this pattern of exploitation continues today. Between 1503 and 1660, the precious metals looted from the Americas by the Spanish crown increased the European silver reserves fourfold, funding a massive expansion of imperialism. Today, the World Bank estimates that the developing world spends $13 in debt repayment for every $1 it receives in grants. Exactly how different are these scenarios? Is our affluent, consumer-democracy Western lifestyle only possible because we are, in effect, still stealing from the poorest people in the world?

Of course "The End of Poverty?" can't answer these questions in any adequate or complete fashion. Where it intersects with other drumbeat-of-doom documentaries like "Food Inc." or "An Inconvenient Truth" is in arguing that systematic problems require systematic solutions, and that the basic conceptual model of capitalist economics -- endless and unlimited growth -- is a dangerous fantasy that can only end in disaster. Can this one documentary, with its distinct atmosphere of preaching to the choir, cut through the obscurantist haze that still prohibits frank discussion of this question? That's highly doubtful, but every little step helps.

"The End of Poverty?" is now playing at the Village East Cinema in New York. It opens Nov. 25 in Los Angeles; Dec. 4 in Portland, Ore., San Francisco and Seattle; Dec. 18 in Austin, Texas; and Dec. 30 in Atlanta, Boston, Chicago, Dallas, Denver, Philadelphia and Washington, with more cities and DVD release to follow.

Beyond The Multiplex Documentaries Economics Globalization Movies The End Of Poverty?