The annual cries of religious censorship start right on schedule. Let the war on Christmas begin! 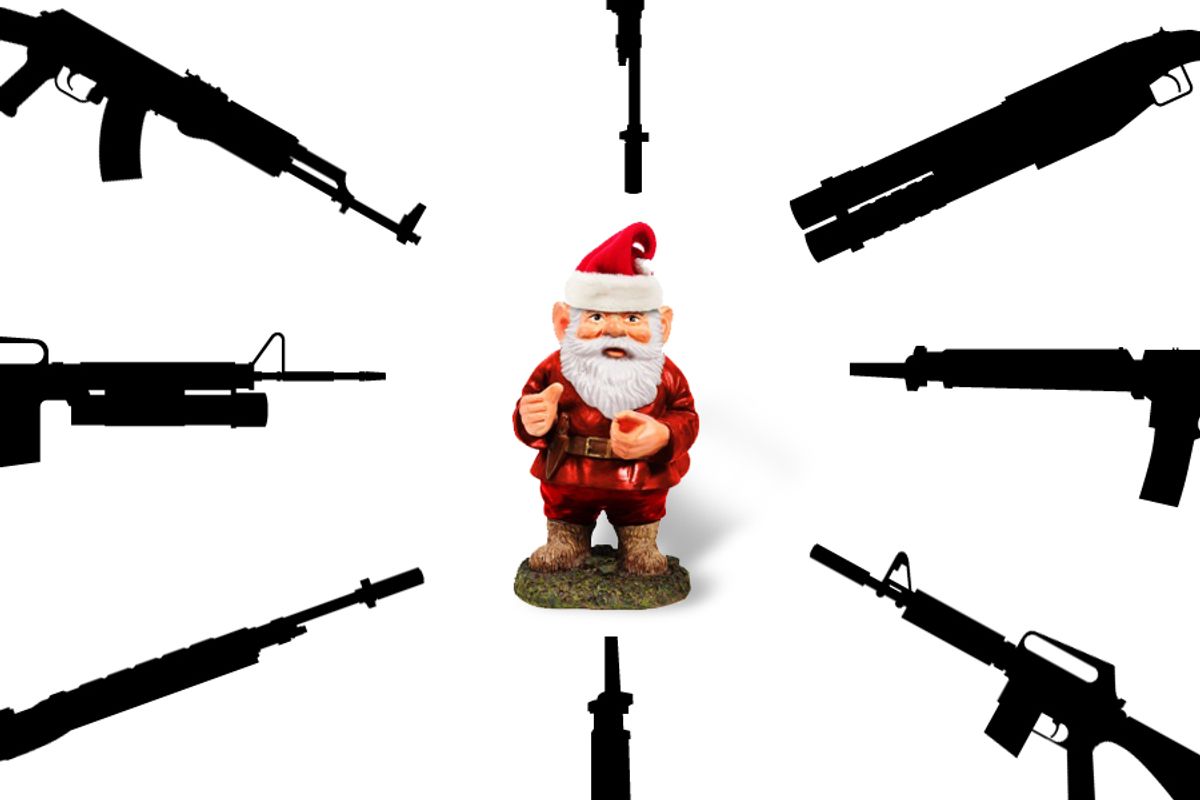 Another holiday season approaches, and along with the jingle jangle of sleigh bells come the inevitable grumblings of outrage at the imagined secular war on Christmas. The American Family Association today has taken up the cause on behalf of the baby Jesus, who would no doubt be horrified that other, lesser celebrations are trying to horn in on the sweater hawking that is reserved for His birthday alone.

In rallying for a conveniently timed two-month boycott of Gap, Old Navy and Banana Republic, the conservative organization claims, "For years, Gap has refused to use the word Christmas in its television commercials, newspaper ads and in-store promotions." The association says the Gap's campaign is "political correctness at best and religious bigotry at worst ... The Gap is censoring the word Christmas, pure and simple."

Let's take a look at the company's incendiary campaign against religious freedom, shall we? Its current spot, which aired about 8,000 times during NBC's must-see lineup last night, starts out with a fresh-faced group of plaid-clad quasi Gleesters in cheer formation. As they toss bodies around, they chant, "Two! Four! Six! Eight! Tis the time to liberate! Go Christmas! Go Chanukah! Go Kwanzaa! Go solstice!"

So except for the fact that the ad mentioned Christmas, and mentioned it first, obviously we have a clear-cut case of religious bias here. Because, God help us, the Gap is telling America to "86 the rules, you do what just feels right … happy do whatever you wanukah!" And I don't know about you, but I always do whatever the Gap tells me I wanukah do.

Gap's other brands, Old Navy and Banana Republic, are indeed subtler, invoking "winter" and "holiday" in their online ads, but others aren't so Santaphobic. Target is touting its free shipping promotion as "Christmas delivered." Amazon has a swirling Christmas tree on its front page. Kmart has a Christmas countdown. And Wal-Mart has a clearly marked Christmas shop.

Dammit, with all this Christmas-themed retailing, where does a person have to go to work up a full head of righteous Christian indignation? Oh wait, don't tell me.

If you want to go for the scariest holiday possibility of all, consider the rumors flying around that the Obamas are ditching a Christmas tree this year in favor of a "holiday" one. Yes, surely the new administration has just been waiting since the inauguration to hold a godless bacchanal at Sodom on the Potomac. Except that the giant evergreen in question is clearly called a Christmas tree on the National Parks Service page,  and the Washington Post has already reported on the first lady's plans for decorating what they like to call the "Christmas tree."

I am having a really hard time feeling oppressed here.