The honey-baked hams of "Chef Academy"

Bravo takes one eccentric French chef, mixes in a room full of colorful show-offs and brings it to a rolling boil 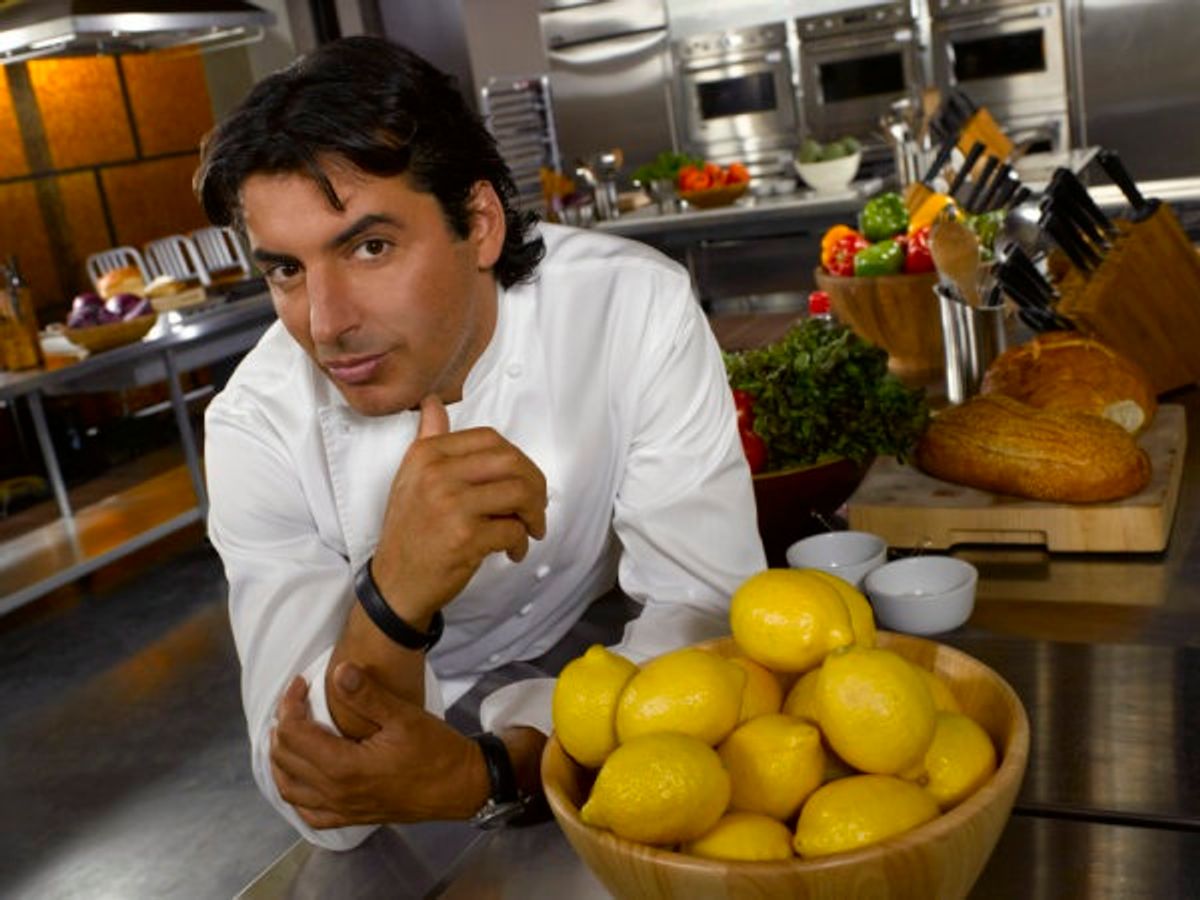 Jean-Christophe Novelli was born to play himself on TV. An acclaimed chef with restaurants in London, France and South Africa, Novelli has movie-star good looks, a thick French accent, a piercing gaze and a real talent for making cooking students feel intimidated, then adored, then unnerved, then undermined. Reality TV loves good-looking, temperamental, outrageous experts, of course -- particularly the ones whose sociopathic urges seem to kick in every time that little red light on the camera flickers on.

And from the opening moments of Bravo's "Chef Academy" (premieres 11 p.m. Monday, November 16 on Bravo) Novelli is dutifully outrageous. He doesn't care that his hammy new assistant Joel once worked for Tori Spelling, but he would like to know if Joel can arrange a meeting with "the biggest star ever," Peter Falk of "Columbo." Joel offers an exaggerated frown for the camera.

But Novelli is sincere. He and his fiancée Michelle Kennedy love "Columbo" and meeting him is their dream. Novelli imitates him, pressing his fingers to his face and saying, "Oh, just one other thing!" "This man is the biggest legend ever in American cinema," he explains.

"Are you sure he's still living?" Joel asks. Is this Joel person a plant? Is Novelli being tortured in the hopes that he'll fire Joel within hours of meeting him?

Sadly, though, Joel serves as a warning of more chafing choices to come: Novelli informs us, quite dramatically, that he must get his new culinary academy up and running quickly. Why -- because the show's production schedule is tight? I hate it when made-for-TV scenarios are treated as important by a reality show's stars. One of the reasons shows like "Top Chef" and "Project Runway" do well is that their premises don't hinge on our suspension of disbelief.

Next, we meet our parade of culinary students: Suzanne (OC housewife eager to play the lovable fool), Emmanuel (hot, charming French guy happy to play the hot, charming French guy), Kup (Navy submarine cook), Kyle, (respectably skilled but slightly pretentious sous chef) and Carissa (aspiring housewife eager to please her future husband and mother-in-law by learning to cook), among others. At first glance, the mix of students makes no real sense: A few of them have been to culinary school, but the rest are amateurs with very little experience.

After the fifth or sixth student tells a joke or makes a cutting remark or otherwise shows off for the camera, it becomes clearer. Like Novelli, they've been chosen for their personalities.

"Chef Academy" will be more of a "Police Academy" for amateur cooks than another "Top Chef," in other words -- and that's sad, because most die-hard "Top Chef" fans would happily watch another hour of that show each week. But this show is like "Hell's Kitchen" meets "Flipping Out." The cast is packed with outspoken oddballs. The interactions between Novelli and his students are cheesy and overplayed. The pace is a little frantic. We're treated to shots of Kennedy marveling at her new L.A. digs. A lot of what we see feels superfluous, like outakes from similar Bravo reality-entrepreneur snoozefest "Blow Out."

And then whenever things get interesting -- Novelli teaches his brand new students a few quick cooking techniques, for example – the camera cuts away, or we're offered a quick montage of similar scenes. This is Bravo, not TLC or Discovery Health, after all. Learning is not in the cards.

What is in the cards, based on the teasers at the end of the show? Angry outbursts, teary breakdowns, moments of triumph and revelry, and lots of Novelli, firing up his temper while the cameras roll. "Chef Academy" looks amateurish and predictable, in other words.

And yet, Novelli was born to make arrogant pronouncements, interrupt, demean, cajole, coax and do bad imitations of "Columbo" on TV. So will we watch?

As "Columbo" himself might say, "I respect your talent, but I don't like anything else about you." In other words, probably.