And the (antisocial) word of the year is ...

The Oxford American Dictionary just isn't that into you 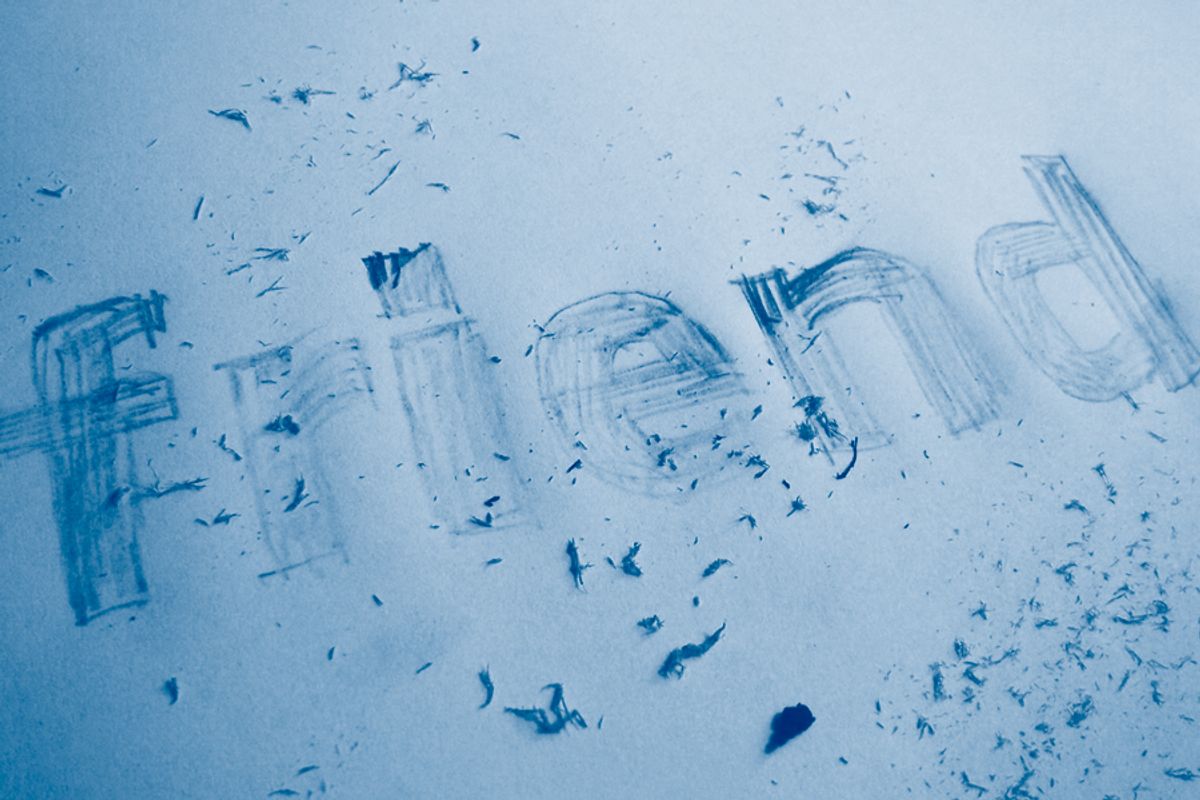 I've done it lots of times. You've probably done it as well. Maybe you've even done it to me. People rarely own up to it, but it happens all time. That's why it's the New Oxford American Dictionary word of the year: "unfriend."

The entry of "unfriend" into the lexicon comes right on time, just a few years behind the great friending gold rush of the late-mid-decade. Perhaps you too were seduced early on by the popularity race that is the amassing of names on MySpace and Facebook. Look at me, world! I know people! And not just that Tom guy, either!

So you'd meet somebody at a party, and the next thing you know, you were faced with the prospect of reading what they ate for dinner, how great the band they just saw was, and the adorable things their kids said from now until the end of time. You came to the quiet realization that you give even less of a rat's ass about the person you shared a locker with in fifth grade than you did back in fifth grade. And unlike  the real world, where your epiphany about such a doomed relationship would lead to weeks of dodgy avoidance techniques, on the Web, you can make somebody go away with one lethal click.

"Unfriend" (and its dictionary-ignored but equally valid sibling "defriend") is a timely and crowd-pleasing choice. The last few years have been a bonanza of do-good, eco-bore terms from Oxford: 2008's "hypermiling,"  2007's equally crunchy, dull "locavore,"  and 2006's snoozy "carbon neutral." "Unfriend," in contrast, is snappy, active and a little mean. It sets a misanthropic tone that's followed through by its runners-up.

A perusal of this year's other Oxford contenders says much about where we are as a culture in this final year of the decade, and it's not a pretty picture, America: "sexting," "hashtag," "zombie bank," "birther," "death panel," "tramp stamp" and "teabagger." (Disappointingly, only one G-rated definition is provided.)  If this were the "$100,000 Pyramid," the category would be "Things that make me want to kill myself."

Oxford, by the way, isn't the only linguistic authority to elevate one word to rule them all. We still await a verdict from Merriam-Webster and the American Dialect Society, which both cruelly  turned a blind eye to "hypermiling" in 2008 and opted for the grim "bailout" instead.

Strictly from an etymological point of view, "unfriend" is an interesting choice. Oxford's senior lexicographer Christine Lindberg notes on the Oxford University Press blog today that "Most 'un-' prefixed words are adjectives (unacceptable, unpleasant) …. but 'unfriend' is different from the norm. It assumes a verb sense of 'friend' that is really not used."

But we all know unfriending when we see it in verby action -- when those Facebook numbers take a little dip after a few bad dates with Mr. Wrong or we broadcast our views on gay marriage and Jeff Dunham to the folks back home. Conversely, we all know what it's like to have someone write something idiotic on our wall and think, "Hiding your news feed just isn't enough." So for all you've done to streamline our online lives, we raise a tiny picture of a thumbs up and salute you, "unfriend." And if our affection for you ever wanes, don't worry, you'll figure it out soon enough.