13. Coming out as a soldier is always brave. Lt. Dan Choi came out on national TV, which is downright inspirational 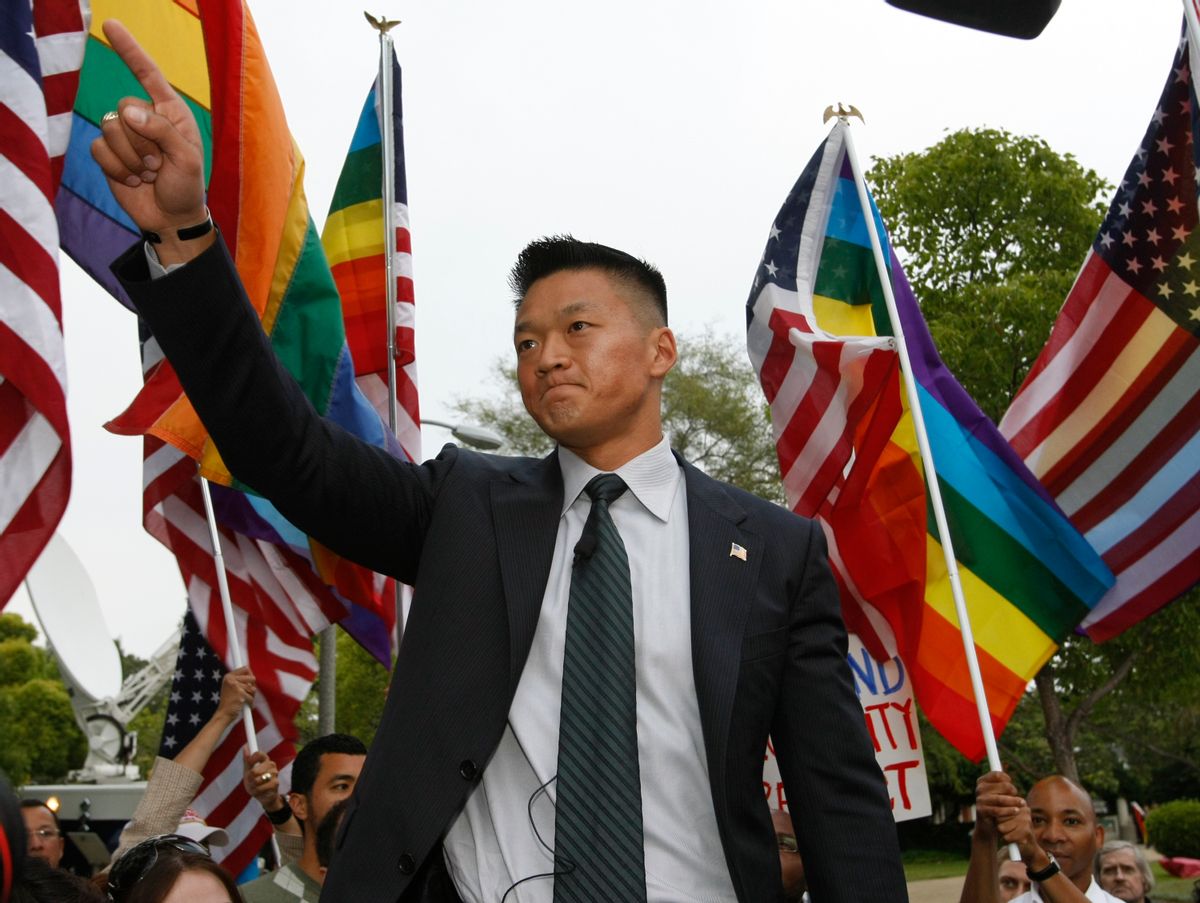 Even under the best of circumstances, coming out as a gay man involves drama. But it's hard to imagine a more dramatic coming-out than that of American infantry officer Dan Choi. Last spring, Choi appeared on "The Rachel Maddow Show" to talk about "don't ask, don't tell" and, over the course of the interview, he uttered the three words -- "I am gay" -- that would end his military career.

It made for captivating television -- partly because Choi jeopardized his livelihood as a lieutenant, partly because he so eloquently and forcefully dismantled the arguments for DADT, and partly because Lt. Dan Choi is a total Adonis. A West Point grad, the Korean-American Choi was an Arabic-speaking linguist who served in Iraq before returning home and joining the Army National Guard. As he told ABC News, it wasn't until he met his first boyfriend and his "first love" that he decided to fight back against DADT. The change of heart led him to help found Knights Out, an organization of West Point alumni in support of LGBT soldiers.

After his "Maddow" appearance, he's unsurprisingly been admonished by the military (the final decision about a discharge is still pending), but he's also become the most visible figure in the fight against DADT -- which is very good news for those of us who believe in his cause and can't stare at his sunken, serious eyes and his square jaw without getting the military-themed vapors.

Sure, he may not have been thrust into the spotlight under the best of circumstances. But given his smarts, undeniable appeal and dreamboat good looks, he's just the spokesman gay soldiers -- and the millions of Americans who support them -- have been waiting for.