Is a trending topic on race automatically racist? 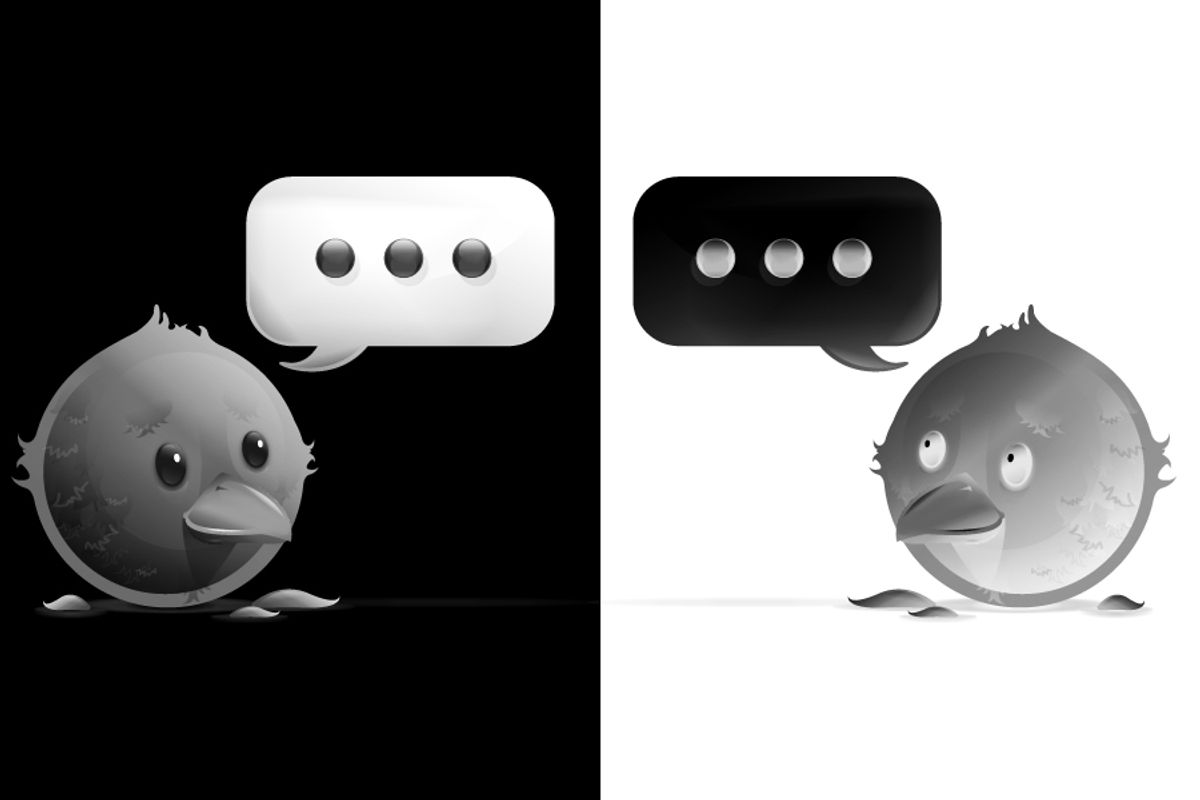 It's the easiest joke in any comic's repertoire: White folks do stuff like this! But black people do it like that! Or, as Homer Simpson once pithily explained, "It's true. We're so lame." It's the humor behind Stuff White People Like and Good Hair. Or, more recently, in the unusually powerful and revealing Twitter trending topics of #whitethoughts and #blackthoughts.

The Internet, for those of us old enough to remember dial-up, was supposed to be the great democratizer.  It wasn't supposed to matter here what color you are. Turns out racial identity doesn't actually go away when you're sitting in front of a keyboard.

That point was illustrated neatly last week on the Awl, when Gawker alum and white male oppressor Choire Sicha wrote a provocative post about racial differences in online style called "What Were Black People Talking About Last Night?"

You can imagine how well that went over.

But Sicha made some astute points. Twitter, he explained, is where we finally really have a chance to mix it up/see how the other half lives. "MySpace and Facebook and (LOL) Friendster didn't have anything to bring different worlds together," he explained. "Your ‘social network' was only yours." But anybody can tweet. Anybody can hashtag their way to glory -- and everybody gets to see what's gaining trending heat. Twitter may be the ultimate online crossover act. And as Sicha pointed out, a new Pew study shows that 26 percent of African-Americans online use status update services like Twitter, as opposed to 19 percent of whites.

Why? Twitter's run by white guys. Its appeals -- its enforced succinctness, its phone-friendliness -- aren't race-specific. And the moment anybody wonders aloud why people demographically use social networking differently, one instantly runs the risk of turning into a lame routine in a basement club. Or worse, a hilariously earnest CNN trend story. OMG black people have discovered the Internet!

On her "But You're a Girl" blog, Adria Richards posed that "I think black people like Twitter because it's fast; you can you can get reactions are other folks instantly," but added the important caveat that "Black people like to get together just like people of all other races."

Of course, wherever people of varying pigments get together, you're pretty much guaranteed an outbreak of ignorance. You don't have to look far or deep on Twitter (or anywhere else on the planet, for that matter) to find astonishing racism. (Currently retweeting up a storm: "I am all for Free Healthcare for Illegal Aliens ... when they are in prison with other CRIMINALS.") But on #whitethoughts and #blackthoughts, mixed in with the idiocy and appalling spelling and copious references to mayonnaise and big booty, there are moments of inspired, crowd-sourced fun. In among the jokey stereotypes, it says something about where we are now when an African-American woman tweets #blackthoughts "Oh crap it's raining....no my haiiirrrrrrrrrr..." while others tweet the #whitethoughts "New Moon Omg23 hrs & 12 mins!" and the sadly true "These Uggs match everything, even shorts!"

Our hair and our boots and movies -- the things we  ostensibly don't bring with us on the Internet -- still define and in many ways divide us. And it says something else that there are plenty of Twitter users of all shades today calling the whole #thoughts trend racist and #notfunny. Some of it is. But looking at race isn't racism. And not all conversation about color needs to serious and political to be meaningful. If it's true that the way to vanquish an enemy is to make it absurd, sometimes the easiest way to defeat our most stinging prejudices is to laugh together at them.