5. Even in failure, Rafael Nadal shows a finesse and charm we can really get behind 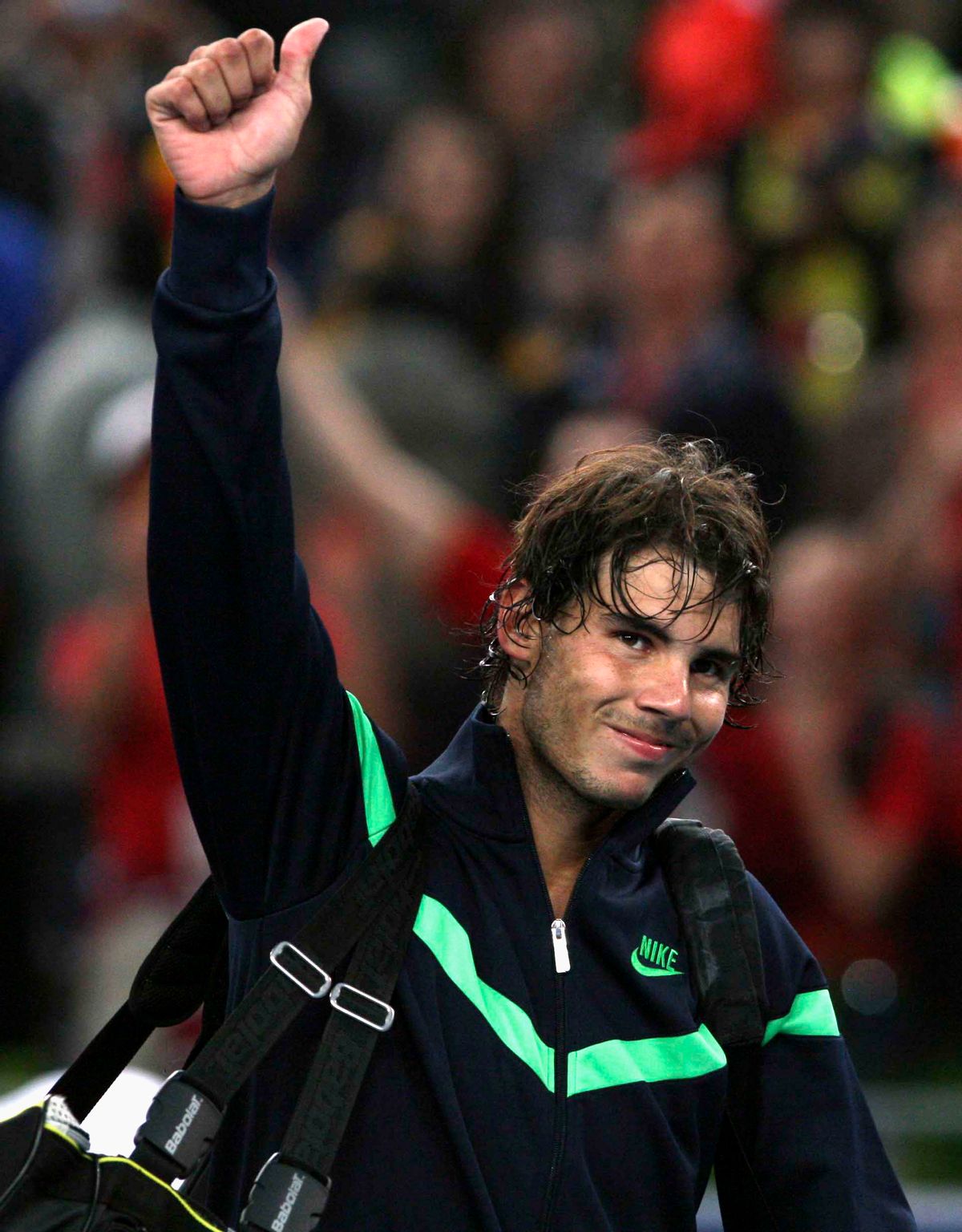 Spain's Rafael Nadal gives Chinese fans a thumbs up after winning over James Blake of the United States in the second round of the China Open tennis tournament in Beijing Thursday, Oct. 8, 2009. Nadal won 7-5, 6-7, 6-3 against Blake. (AP Photo/Elizabeth Dalziel) (Elizabeth Dalziel)
--

Everything about Rafael Nadal -- beginning with his self-described "famous ass" -- just seemed too damn big and overhyped in 2008.

Tennis fans were in awe of his athleticism -- speed and raw power seemed to be all he needed to catch the more refined and elegant Roger Federer -- but purists saw a thuggish player, winning his points with brawn instead of skill. (His serial tic -- grabbing his seat to keep his underwear from riding up that pumped-up caboose -- didn't help.) When he toppled Federer in a remarkable five-set marathon at Wimbledon, it felt less like a win for Nadal than a loss for Federer, who noticeably seemed to crumble under Nadal's constant pressure. As Nadal climbed to No. 1 and the media world joined Team Rafa, we remained unconvinced and uninspired.

But success and failure both agreed with Rafa in 2009. He seemed to grow more comfortable in front of the crowds, in front of the cameras, and with his own game, gradually adding more finesse to his brute power. When he came back to beat Federer in the January final of the Australian Open -- reducing the usually stoic Swiss to tears -- Nadal seemed genuinely dismayed and tried his best to console his rival. Sure, what else was he going to do? But he acted neither surprised nor uncomfortable, simply nodding and smiling as though he understood exactly what Federer was going through. We even liked those riotous neon tennis togs he sported, though they made him seem less the comic superhero Nike intended than an adorably musclebound friend of Hello Kitty. And when he was bounced from his beloved French Open and sidelined from Wimbledon with knee problems -- while Federer again ascended the tennis throne -- he seemed a man disappointed but, unlike so many sulky athletes, at peace with fate.

But what really got us behind Tennis's Great Behind was his charming response to a jarring moment: A fan at the U.S. Open jumped onto the court and rushed him after he won his quarterfinal match. Instead of alarm or annoyance, he seemed to, well -- watch for yourself:

More charmingly, he explained it later this way:

What's better than an easygoing looker with a good sense of humor? Oh yeah: one with that ass.