The winner of Season 6 is announced, and no one cares. Did Lifetime murder Bravo's favorite pet? 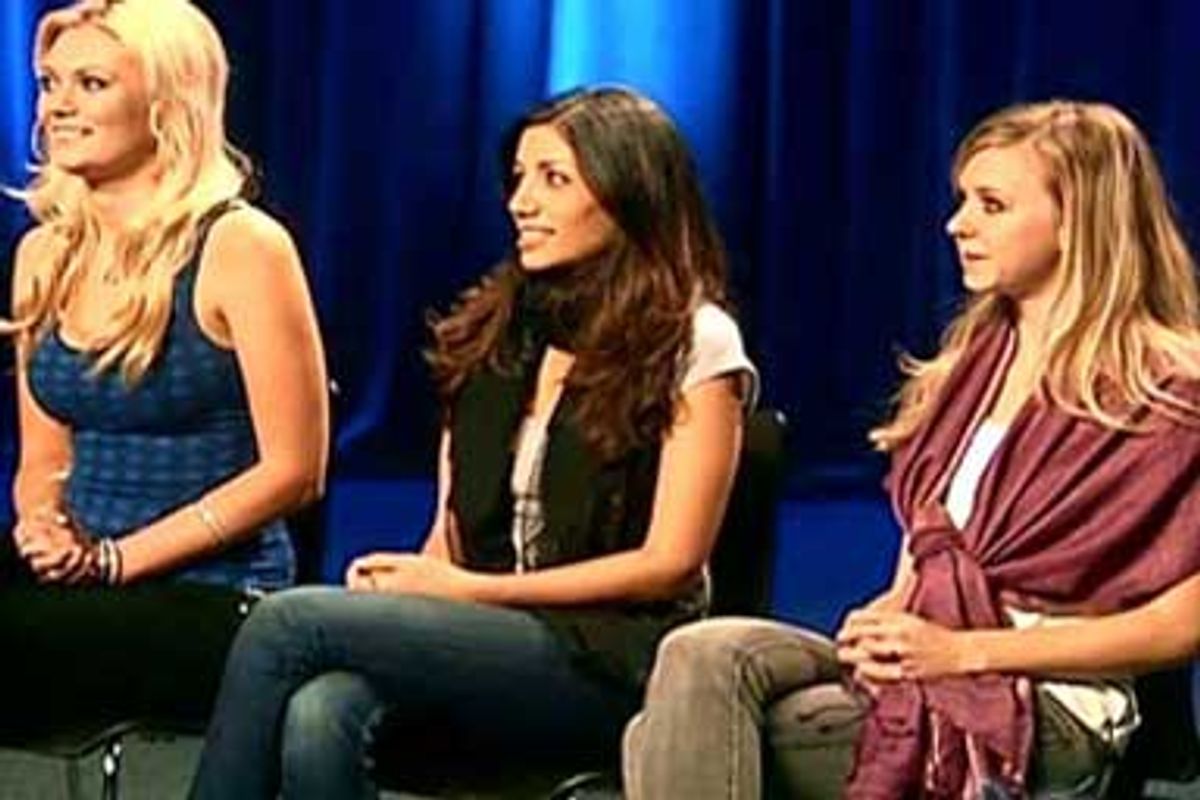 Irina Shabeyeva won last night's finale of "Project Runway," which might've been interesting if it were remotely unexpected, or if someone said something memorable during the entire finale. Instead, we watched the three female finalists titter nervously for a full hour. Their collections were well-constructed, sure, but like the sixth season itself, not all that exciting. Irina is certainly talented, and her work is always impressive, but she's hard to love. We don't really know why, because the show's producers didn't find out for us.

Where were the demented comments and the late-night breakdowns and the mimicry of former seasons? Think of Stella going on about how much she only wanted to work with "leathuh." Think of Santino Rice imitating Tim Gunn. Think of Jay McCarroll doing almost anything. Were the contestants chosen without any regard to their personalities or lack thereof? Or did the producers do an awful job of encouraging spirited talk and then editing it together to form a provocative narrative?

The story of Season 6 was that there was no story. The show switched from Bravo to Lifetime and switched production companies from Magic Elves to Bunim Murray. The show was shot in Los Angeles instead of New York. Michael Kors and Nina Garcia only appeared sporadically as judges, replaced by a revolving lineup of polite, self-conscious substitutes who didn't come close to matching the wit or the razor-sharp teeth of the originals.

In the last hour, Carol Hannah was very sick, which could've been dramatic, but it wasn't. Althea was insulted by Irina yet again, but the exchange passed without much comment. Irina created a smart, balanced collection that was both bold and cohesive, but almost every single piece was black. She was the clear winner, but the judges looked pained to give her the prize. Garcia grumbled that she'd told Irina very clearly that she would need color in her collection, but obviously Irina didn't listen.

Irina just shrugged. Then she won, and the other two contestants shrugged. Cue terrible Lifetime commercial for plastic baggies.