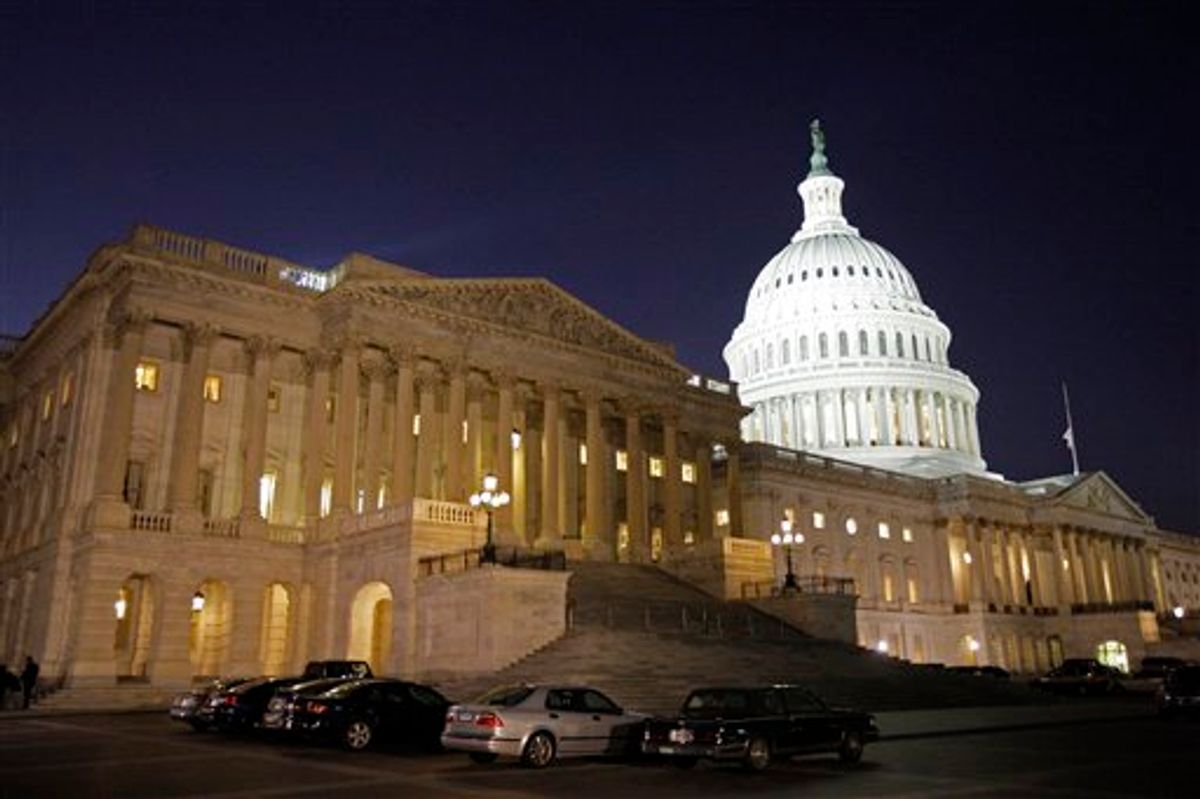 The lights burn inside of the House of Representatives side of the U.S. Capitol late Saturday night, Nov. 7, 2009 in Washington as the health care bill is debated. (AP Photo/Alex Brandon) (Associated Press)
--

It's done: Senate Democrats gathered 60 votes and got their healthcare reform bill through the first test it will face.

All 60 members of the Senate's Democratic caucus stuck together for this vote, a cloture motion that opens debate on the legislation. Similarly, all 39 of the Republicans who voted opposed the motion. Sen. George Voinovich, R-Ohio, was the lone senator not voting.

Actual debate on the bill won't begin until after Thanksgiving, and it won't be easy. Already, two members of the Democratic caucus -- Sens. Joe Lieberman and Blanche Lincoln -- have threatened to support a Republican filibuster if it includes a public option, and more could follow.