The superintendent and his deputy disagree on who knew what, and when, about misplaced remains at the graveyard 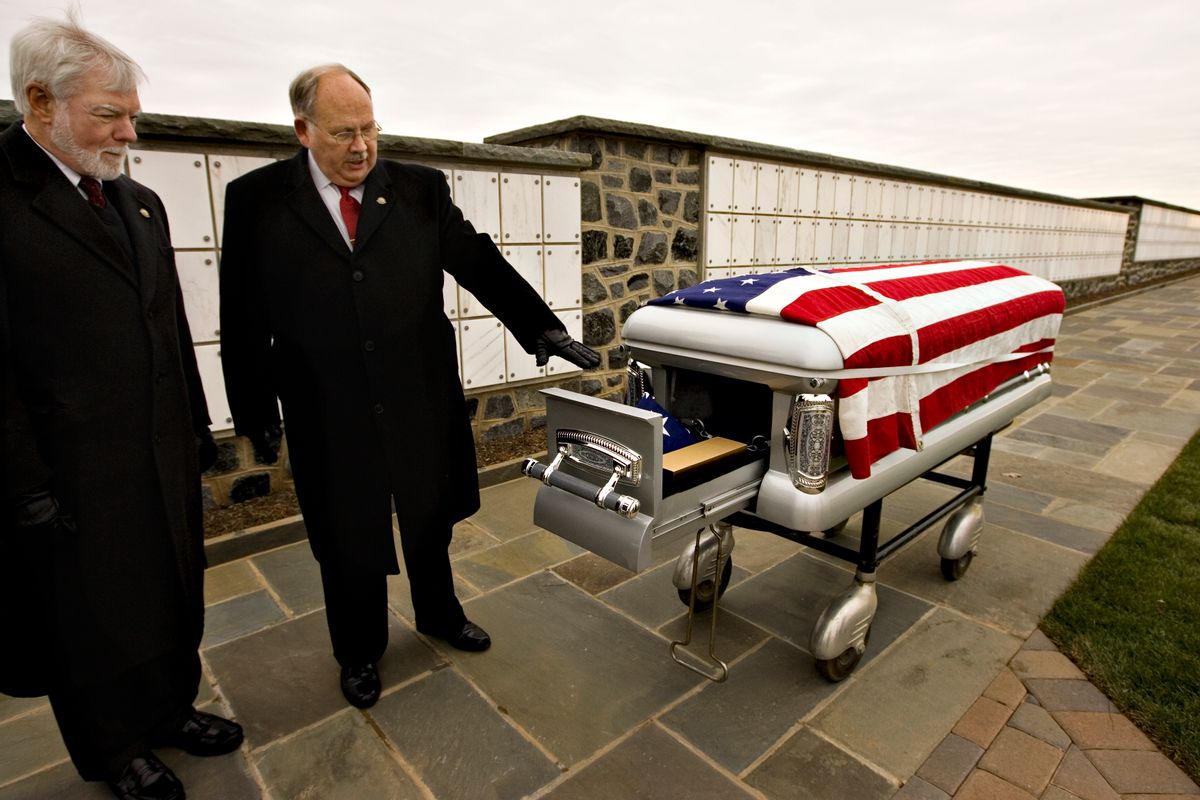 Arlington National Cemetery superintendent John Metzler has told Army investigators his deputy failed to inform him that workers discovered unknown, unmarked remains there in 2003 and kept it covered up for six years, according to a recently released Army investigation.

This is the second time Metzler has claimed his deputy failed to inform him of shocking burial screw-ups at the cemetery since Salon first started exposing the problems this past summer. This time, however, Metzler was under oath and his statement directly contradicts the sworn statement of the cemetery deputy superintendent, Thurman Higginbotham.

The flagrant contradictions mean that either Higginbotham repeatedly failed to inform his boss of serious burial errors at Arlington, or Metzler suffers from a poor memory, or Metzler is lying about what he knew and when he knew it.

On Nov. 13 the Army released an investigation into a Salon article showing the cemetery accidentally discovered unknown remains in 2003 while digging in what was supposed to be a vacant grave. The article showed that the cemetery simply covered the grave up with dirt and grass and kept the whole thing quiet until Salon confronted the cemetery about it on July 20, 2009.

In his sworn statement to an Army officer conducting that investigation, Higginbotham alleges that when he learned of the problem in 2003, he went out and saw the casket in that grave and told Metzler about it at that time. “I did witness a casket in the grave,” he noted. “I also told Mr. Metzler what happened on the same day.”

Notably, Higginbotham added this about his alleged discussion with Metzler back in 2003: “I also informed him that we probably have a thousand or more typographical and missing data errors out there.” He alleges that Metzler then responded that “he did not agree that we had that many.” It isn't clear from Higginbotham’s statement whether those typographical or missing data errors likely translate into more burial mix-ups, or referred to more trivial record-keeping problems.

Metzler remembers differently. In his sworn statement, the superintendent claims that the “site was covered back by staff and not reported to me until 20 July 2009.” Metzler said he first heard about the grave July 20, when Salon alerted the cemetery and the Army.

The Army investigation found that without hard evidence, this disagreement boils down to a "he said, she said" situation. “Based on conflicting sworn testimony, the absence of any written documentation, and lack of eyewitnesses to a conversation that may have taken place between the deputy superintendent and superintendent, the (Army) could not confirm if the superintendent was informed of this discovery in 2003,” according to the report.

This is the second time Metzler has claimed that Higginbotham failed to inform him of burial mistakes at Arlington that would seem difficult to forget. Salon reported on Nov. 1 that last year Arlington accidentally buried an Air Force master sergeant on top of an unrelated staff sergeant already in that grave. The cemetery did not realize the error until May 2008, when the widow of the staff sergeant discovered the master sergeant’s headstone above her husband’s grave.

In that case, Higginbotham admitted through an Army spokesman to learning about that error in May 2008 when the distraught widow complained to the cemetery. Metzler, however, said he never heard anything about it until Salon brought that issue up with cemetery and Army officials on Oct. 23, 2009.

At 62, Metzler is a genteel mustachioed man who served a tour of duty in Vietnam. He’s known for cultivating close relationships with members of Congress and the military. While it is easy to find families of veterans buried at Arlington who complain that the cemetery can be dismissive of their various concerns, Metzler is known to be extremely charming face to face. He lives on the cemetery grounds in housing provided to the superintendent and where he lived with his father, John Metzler Sr., who also served as the cemetery superintendent.

Salon also reported yesterday that this recent Army investigation into the discovery of unknown remains back in 2003 contains statements from workers who told the Army about the discovery of similar, unmarked remains in yet another plot just this year. The Army does not appear to have questioned Metzler about this latest set of mystery remains, according to Metzler’s sworn statement. (Cemetery officials think they know the identity of all the mystery remains now, but continue to resist any effort to dig in the dirt to make sure.)

The officer did ask Higginbotham about this latest error. In this case, however, it was Higginbotham who claimed ignorance. “I do not recall being made aware of this situation or what action was taken by (cemetery) staff that day,” Higginbotham said. Higginbotham added that if he did go out to see those unknown remains this year as he did in 2003, he would have told Metzler. “If the situation required my presence at the site,” he said, “then I would have informed the superintendent.”