My boyfriend is my boss

I'm getting sick of being "the editor's girlfriend" 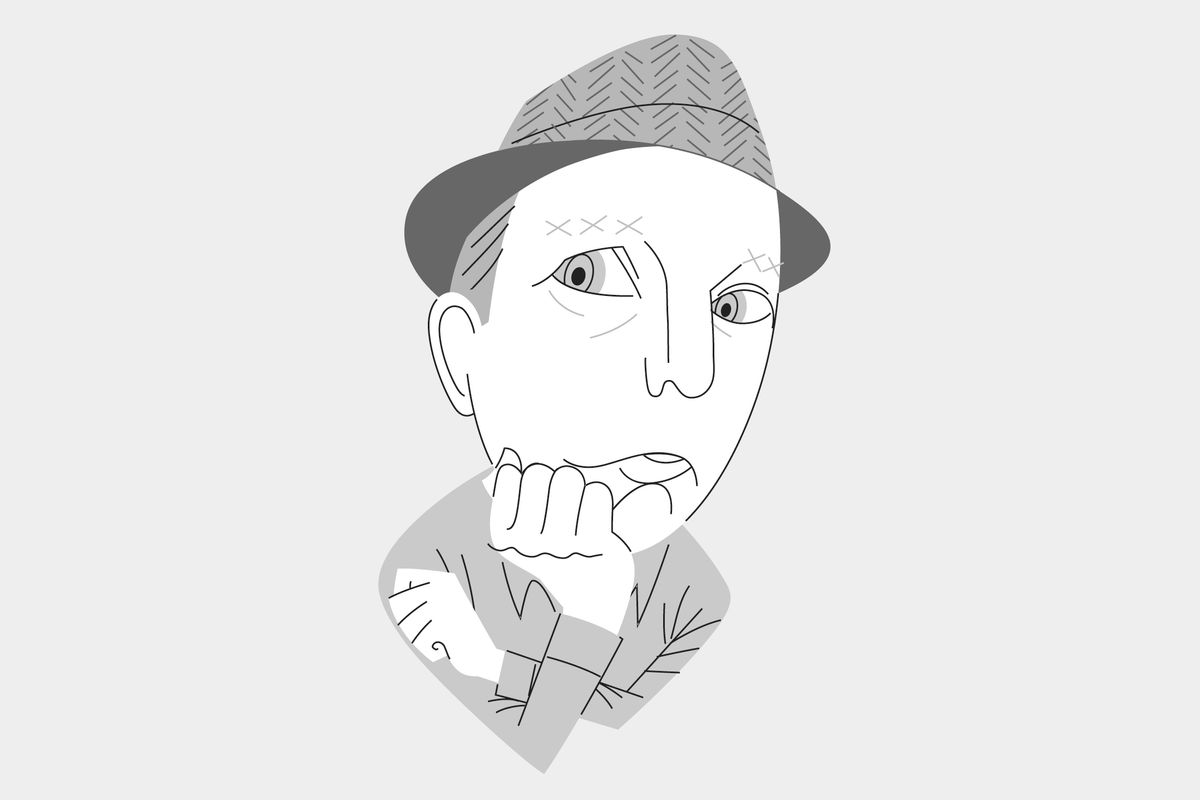 Thank you for your  letters of support over the past few days. I feel gratitude beyond words.

Writing about this illness requires one to feel fully. Evasion turns out to be impossible. Rather than an act of will, truth-telling is forced upon one; where I try, out of habit, to minimize or evade, the way is blocked, as though the road had narrowed and strong guardrails had been placed alongside. It is impossible to do anything but go forward into the face of it.

I am in it fully.

Which gives rise to the wish that one might similarly be in it fully in modes of fiction, poetry, song, etc. -- to be in a realm of the imagination fully as I am in this fact fully. That is something to be sought. That is an ideal to reach for.

One other thing. As I considered whether to make my illness the subject of this column, or to conceal it and go on as if nothing was the matter, the choice was quick. It was definitional. Whatever experience I am given, it is my job to try to understand it and pass it on so that others may take some courage from it. So the decision to "go public" was a no-brainer.

We are still waiting for the doctors to schedule the series of treatments. I will write every day that it is possible to write, and will tweet some of the daily errands and so forth, to stay connected with the many marvelous people around the world who are going through this with me.

And now, let's consider the plight of another!

I'm a college student and a reporter for my university's paper. I'm a good writer -- my work has shown up in publications beyond the university, and since arriving here I've established myself as "one to watch" in the English department. I really don't intend to sound cocky, but I'm not affected with false modesty. I have a lot to learn, but I know I have a knack for this.

I'm in a fairly new relationship of about three months, with a boyfriend who so far has been entirely wonderful. We're both ambitious types with busy schedules and social lives, but we make the time. I think it has been a revelation to both of us just how extraordinary it is to have another person who is truly in your corner.

Here's the problem -- he's my boss. He's two years older and is the editor of the school newspaper, while I'm a staff writer. We met outside of the newspaper, and other people are in charge of how much I get paid and where my articles run. We've had several serious discussions about ethics, during which we emphasized that I'd never, ever ask him to do me any professional favors, and he would never give me any sort of special treatment. The relationship is more public than I'd like at such an early stage -- we've both gotten long personal lectures on ethics from the head of the journalism department, and how he heard about us is anyone's guess.

The thing that bothers me is not the ethical question -- I feel like we're managing that. It's that I'm entirely fed up with being "the editor's girlfriend" and not defined as a reporter in my own right. I have never, ever been the kind of woman who would be defined by a relationship -- it is extremely important to me that I be defined by my own actions and my own work.

I've been doing good work at the paper, and I'm likely to be getting a promotion in the next couple of semesters. But I'm so, so sick of having to hear jokes about my sex life every time one of my stories runs in a prominent place in the paper or I pick up a particularly coveted assignment.

These aren't serious allegations -- the newspaper staff knows that it is not my boyfriend who makes these decisions, and people from outside the staff are only kidding. My friends say to laugh it off, but the fact is that those small successes are things that I earned through a lot of hard work, and the suggestion that I'm somehow trading sexual favors for good assignments truly offends me. I worry that the staff will take me less seriously and that this could endanger my future at the paper.

I know that having a happy relationship and a successful career are not mutually exclusive, but I feel like I'm too young to be dealing with such a minefield. I don't even know whom to talk to about this -- my boyfriend and I are handling it as best we can, but I don't know how to tell him that although I'm pretty attached to being his girlfriend, I'm getting damn tired of being "the editor's girlfriend." I'm not giving up on my work, or on my relationship, I just need to figure out how to reconcile the two.

Her Own Girl Friday

I suggest you try to be a little lighthearted about this. Imagine strutting around campus wearing a T-shirt that says, "I'm sleeping with my boss and enjoying it. You got a problem with that?"

Picture yourself walking amid these yahoos with your head held high. Imagine striking them down with wit and glamour and sophistication. Imagine shutting them up and putting them in their place.

Do you feel better?

Keep going with this. Conjure up an image that makes you feel powerful and proud. Make it vivid and real. Draw some cartoons or make a collage. Create the image of the superhero you are. Inhabit her skin. Name this woman. Give her special powers. Keep her image close to you. Appeal to her for strength and guidance.

And know this: Sexism pervades our culture. The assumption that a woman's achievements stem from her value as a domestic, sexual and romantic companion rather than as a skilled worker is evidence of that sexism.

You know what else exists in our society? Morons. The world beyond your college gates is a nightmare of hulking, mouth-breathing morons. Morons even run newspapers. So be ready. You're going to be encountering a lot of sexist morons.

So that's the sociological part of this.

The other part is psychological: By mixing creativity, sexuality and power, you run the risk of incurring deep psychological wounds if things go wrong. By hooking up with your boss, however much you trust him, you have placed your fate in the hands of someone who may damage you, even if he doesn't mean to.

That is my opinion, but I assume that it is also a fear of yours. If you sense that you are in dangerous territory emotionally, I would agree that you are.

Stuff can happen in such a relationship to shape the rest of your life. Sometimes people make decisions in such circumstances that last for decades. "Oh, he told me I'd be happier if I wasn't writing, so I quit." You know, crazy stuff.

How power, sexuality and creativity combine to damage the psyche is complicated. Let's assume that our emotional responses are rooted in invisible structures formed very early. As a baby, you must be loved unconditionally. You are helpless. You have no vocational skills. You are just a cute, wiggling bundle that eats and shits and throws up and makes noise. You are not a cowboy or a princess. You must be loved and cared for unconditionally. We get older and develop skills, but underneath, our need to be loved unconditionally persists even after we develop great skills and charm and form adult relationships. One area where this need for unconditional acceptance seems to persist most deeply is in the area of creativity. Why is this so?

Could it be because creativity is our one way back to that primal state?

That would be my guess. Betrayal of this creative self reaches beyond personality self into some realm of existential pain and fear that is difficult to find access to. So if you are exposing this fragile, unprotected, raw creative pre-verbal self -- the one that cannot protect itself but must be cared for unconditionally -- to the upheavals of romantic and sexual relationship, you are in frightening territory. If for instance you were to break up you might feel unconsciously it was because you were not a good reporter. That may sound stupid. But these decisions, we do not make consciously. They are made by this pre-verbal, emotional self that reacts to rejection as if it were an existential threat. So I assume you feel concerned and confused for good reason. You are exposing your psyche to risks that you might not consciously understand.

What can you do? For one thing, you can begin getting assignments outside the school. You can strike out on your own so that there is no question in anyone's mind how you did it. And  I would suggest, if possible, that you find some ally, a therapist or counselor or older friend, and go through this with that person, checking in frequently, discussing this, asking for protection, watching for ways that you have placed your fragile creativity in danger. If you are in self-doubt, ask yourself why. If you feel like quitting, interrogate your feelings. Honor them but interrogate them. It might be this frightened child who wants to quit. Beware. It's complex. Keep moving forward.

p.s. You know that Yeats poems that ends, "I have spread my dreams under your feet; Tread softly because you tread on my dreams"? What a lovely and moving poem that is.

Academia College Since You Asked