Don't let that unused celery wither and yellow in your fridge. Show it a little respect for delicious results 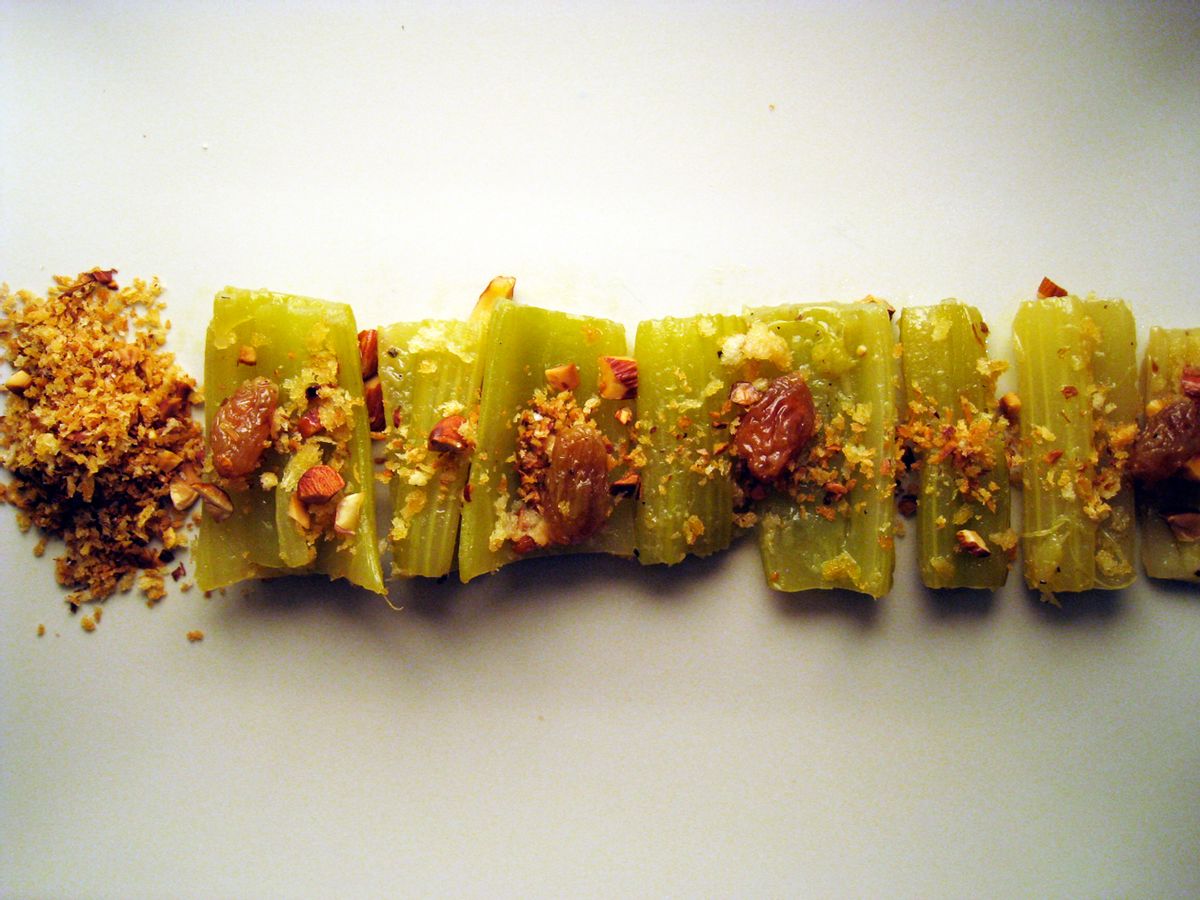 Pity celery. Who respects it? For most of us, celery barely counts as food; it’s an excuse for eating ranch dressing, sticks splayed around a bowl of the good stuff. We cover it in peanut butter and stud it with raisins to amuse our children when we really just want their mouths stuck shut.

And every year, right around this time, we buy a bunch of it to chop one lonely stalk for our Thanksgiving stuffing, and soon we look for kids to shut up with the rest.

But celery deserves dignity, modest as it is. Its texture and flavor can be fascinating, turning from crisp and brash to smooth and mellow if you just pay it a little attention. Here are two ways to help introduce you to some of celery’s lesser-known pleasures.

Serves four to six as a side

This takes ranch dressing’s water slide and turns that relationship inside out a little, softening the textures and marrying, rather than contrasting, celery’s floral, vegetal flavors with rich fat.

Serves four to six as a side

If the peeling and cooking, above, took some of the edge off celery, this recipe really mellows it out. The long, slow stewing pulls a veil over its flavor and melts the stalks into smooth, luscious bites. Whoever thought you could describe celery as smooth and luscious? Well, I just did. But that didn’t stop me from putting some crunch back in with almonds and bread crumbs.

Modified from Melissa Roberts’ recipe for Sweet and Sour Celery in the April 2009 issue of Gourmet.