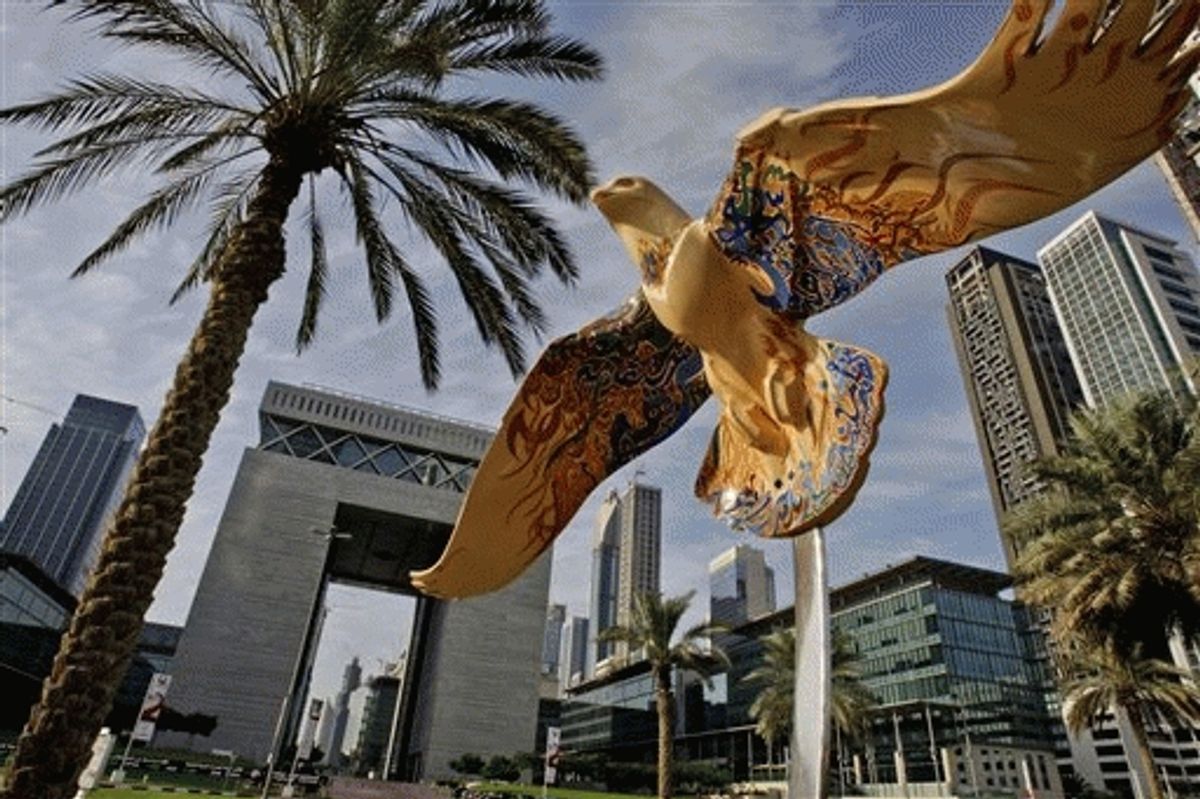 Dubai World "totally rejected" the possibility of selling off some of its top performing assets in the months before the heavily indebted conglomerate turned to creditors with a plea to defer payments on some of the $60 billion it owes, a newspaper reported Sunday.

The company, whose holdings range from ports to real estate, shocked world markets on Wednesday with an announcement that it would seek, until at least May, a deferment on its debts and those of its real estate arm, Nakheel PJSC. That subsidiary has a $3.5 billion bond coming due next month.

The announcement was the clearest indication yet that the conglomerate, which has been a primary engine behind Dubai's meteoric growth over the past decade, was in way over its head in terms of debts. The company's obligations alone account for the overwhelming majority of the at least $80 billion Dubai owes to creditors.

Dubai World "totally rejected the idea of selling some of its good investment and real estate assets at low prices," a company official was quoted as saying by Al-Itihad newspaper on Sunday.

The official said that any asset sale needed to be in a "commercially fair manner in order to achieve (Dubai World's) long-term strategic objectives, away from ... economic pressures."

The statement in the newspaper adds little in the way of explanation as to how company officials, and indeed Dubai's ruling family, planned to tackle a debt crisis that could destroy the reputation of Dubai Inc., as the city-state's government-affiliated businesses are known.

Dubai officials have headed down to neighboring Abu Dhabi, ostensibly to discuss the debt issues, and expectations are that the United Arab Emirates' central bank will issue some sort of statement on Monday.

The company had said last week that it was seeking the delay as it continued its restructuring -- a plan under which it has already laid off 15 percent of its work force in a bid to streamline costs.

The opaque wording of the company's announcement for a payment extension was amplified by its timing -- coming on the eve of a three-day Islamic holiday in which markets in the region would be closed and officials largely unavailable.

The news was a blow to the reputation of Dubai, once seen as the Gulf Arab region's answer to Las Vegas, Wall Street and Los Angeles rolled in one.

With little oil, the emirate -- one of seven semiautonomous city-states making up the UAE -- focused its growth efforts on finance, tourism and real estate. It bankrolled that dream, which included indoor ski-slopes, man-made islands and the world's tallest tower, on cheap credit and borrowed time.

A sale of the company's assets is one possibility being floated by analysts to cover the debts. But the more likely scenario being discussed is that Abu Dhabi will engineer another bailout -- even partial -- in a bid to minimize damage to the country's bank and the economy.

Several UAE banks are on review by international credit agencies for their exposure to Dubai World's debts.

The announcement came in tandem with another from Dubai's government that two banks majority owned by neighboring Abu Dhabi -- the oil-rich home to the United Arab Emirates' federal government -- had fully subscribed a $5 billion bond issuance.

That issuance was part of a broader $20 billion bond program launched earlier this year to help Dubai meet its mounting debts. The UAE's central bank had already bought $10 billion in bonds, but officials were quick to say that the latest issuance was not linked to Dubai World's problems.