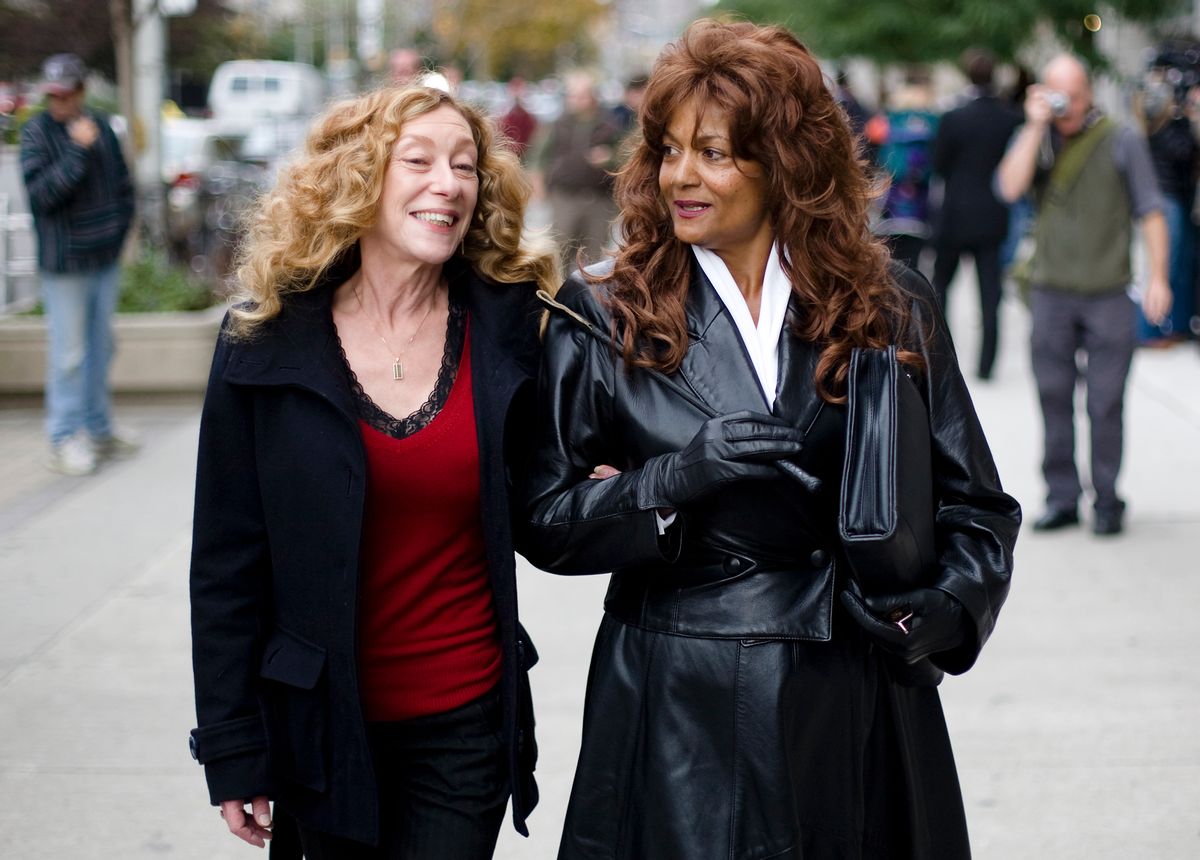 Although prostitution itself is technically legal in Canada, the criminal code makes it virtually impossible for sex workers to conduct business without breaking the law. Having sex for money is fine, in theory -- as long as you don't solicit it in public, live off the proceeds, or "keep a bawdy house" (which effectively means you can't do it indoors). Last month, three members of Sex Professionals of Canada -- Amy Lebovich, Terri-Jean Bedford and Valerie Scott -- brought a complaint challenging those sections of the code before the Superior Court of Ontario, arguing that the restrictions on prostitution "violate their constitutionally protected right to liberty and security," according to Women's eNews. (A decision is expected in 2010.) The fear of losing their assets and homes for illegally living on money earned by providing a legal service is one part of it, but the more important part is that changing the laws could save lives. Unable to work openly, in groups or to hire security, sex workers believe they are more at risk of robbery, assault, rape and murder under the current criminal code than they would be if prostitution were fully decriminalized. "I don't believe that sex work is inherently dangerous," Lebovitch told WeNews. "It is the laws, the stigma (that are harmful)."

On the other hand, certain Christian groups and REAL Women of Canada (a "non-partisan, non-denominational" group that opposes not only sex work but "easy" divorce, subsidized child care, affirmative action, abortion, and seemingly anything that might keep women from full-time motherhood) "submitted arguments to the court against Lebovitch's constitutional challenge, arguing that existing laws are 'designed to protect the dignity of victims of prostitution' and that morality is the cornerstone of law." Gwen Landolt, national vice president of REAL Women, told WeNews she believes that decriminalizing prostitution in a meaningful way would put more women in danger, but it's clear from the group's Statement on Prostitution that the safety of sex workers is not necessarily a primary concern; the real goal is to make prostitution completely illegal. Sure, the statement mentions that sex work can be dangerous -- without acknowledging, of course, that many of those who do it believe further criminalization would only make things worse -- but the group is also worried about "giving [young children and teenagers] the impression that sexuality is merely recreation and sport, and not a responsible, loving expression best obtained within the desirable and permanent context of a conjugal relationship" and about the neighborhoods where prostitution is common: "Property values drop, traffic problems develop and the area often becomes noisy and dangerous."

Landolt also told WeNews that "More effort must be made to help sex workers get out of the trade, since the majority does not wish to be in it." Without knowing where she got her numbers, I can certainly get behind that principle; no one should be forced into the sex trade, by other people or by circumstances, and those who are deserve help. But when people are saying they do the work voluntarily and would simply prefer not to be assaulted or killed while conducting their business, perhaps you should listen to them, instead of talking about traffic problems and property values. Perhaps you should ask if young children and teenagers are absorbing the message that some people in society deserve to be victims of violence, instead of worrying that kids might somehow find out sex is fun. And if you're going to declare that "morality is the cornerstone of the law," then perhaps you should pay attention when people like Amy Lebovitch explain, "There are a lot of my colleagues being raped and murdered and the laws are not helping."