Upscale chefs love it, grocery stores now stock it, but will the latest trendy ingredient last? 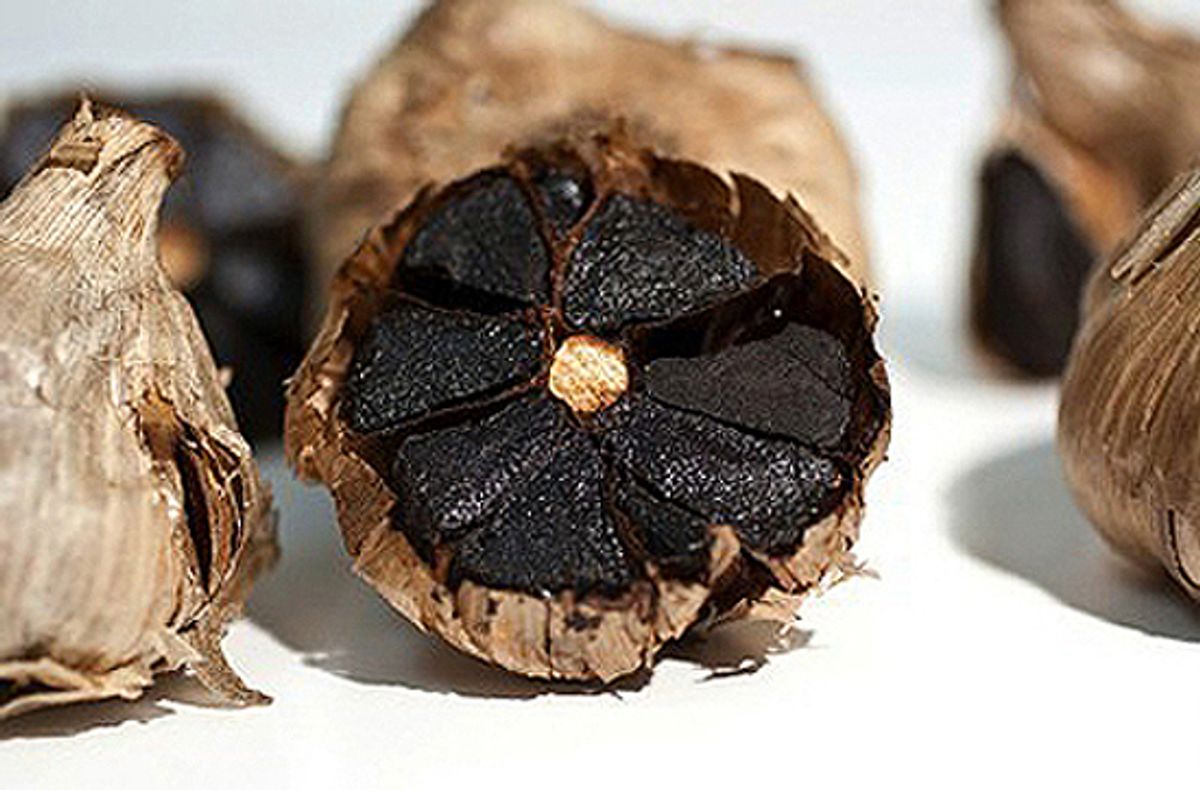 Every once in a while, a certain ingredient -- or dish, or food genre, or drink – will appear out of nowhere to become the next big thing: Some (like Sparks) come and go; while others (like chipotle mayonnaise) are, for better or worse, here to stay. In this new feature, we’ll be looking at foods that are on the rise, find out where they came from and give our take on their staying power.

As the name suggests, black garlic is a  version of the familiar household ingredient, produced by putting garlic through a three-week-long fermentation and a week-long drying process (making it look like a secret ingredient from the Land of Mordor). Its taste has been described as "sweet, sugary and molasses-y." The New York Times compared it to licorice, while Restaurant News praised its (very specific) ability to underline "the deep sweet umami flavors of slow-braised meats." The black garlic Web site describes it most eloquently, and thoroughly, as "sweet meets savory, a perfect mix of molasses-like richness and tangy garlic undertones. It has a tender, almost jelly-like texture with a melt-in-your-mouth consistency similar to soft dried fruit."

While it has long been used in Japan and Korea for its supposed health benefits (it’s loaded with antioxidants, and was rumored to bring immortality), it was only introduced into the United States in 2005, by a California company unimaginatively named Black Garlic. When it went on sale at San Francisco’s Le Sanctuaire food store in 2008, it elicited a brief mention in the New York Times, and its reputation spread among a group of the country’s elite chefs. Since then it’s also made appearances on "Top Chef: New York" and "Iron Chef America."

The popularity of black garlic is still largely confined to the world of upscale restaurants -- famous fans include Matthias Merges (of Chicago’s Charlie Trotter) and Bruce Hill (of San Francisco’s Bix) -- but it’s likely to expand in the coming months, given that the company has begun selling its product at many supermarkets, including Whole Foods, and shipping to Great Britain and, most recently, Australia.

Black garlic’s strange appearance may make it look like a flavor-of-the-month novelty, but with everybody raving about its taste, its high-profile champions, and its recent move from haute cuisine to the grocery store, we think this ugly little discovery’s going to be around for many years to come.