Do Obama officials know what his Afghanistan plan is?

Why are key aides contradicting each other on a central point? Plus: My TV debate with Christopher Hitchens 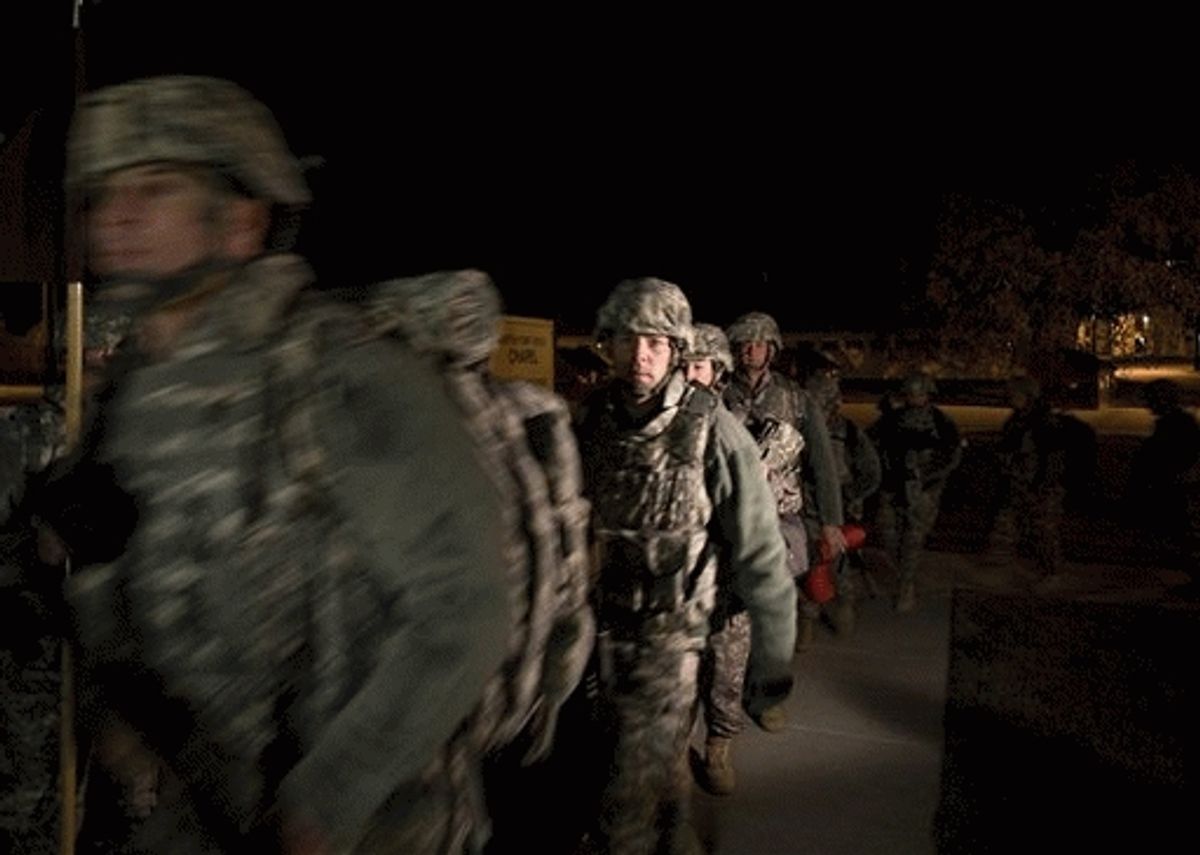 The 467th Medical Detachment based out of Madison, WI, prepare to head to the airport for their deployment to Afghanistan at Fort Hood, Texas, Friday, Dec. 4, 2009.
--

On the vital question of whether Obama is committed to begin withdrawing troops from Afghanistan in July, 2011 -- or whether that's just an aspirational target subject to being moved -- the statements from key administration officials aren't merely in tension with one another, but are exact opposites:

During hours of questioning by two key committees, they made clear that his target date of starting a US troop withdrawal in 19 months' time -- a step some anti-escalation lawmakers, especially Democrats, had cheered -- could slip.

"I do not believe we have locked ourselves into leaving," said Clinton, who added the goal was "to signal very clearly to all audiences that the United States is not interested in occupying Afghanistan."

Gates said the extra troops Obama had ordered to Afghanistan would be in place in July 2010, that a December 2010 review of the war effort would shape the pace of the withdrawal, and that the target date could change.

I asked White House spokesman Robert Gibbs if senators were incorrect calling the date a "target."

After the briefing, Gibbs went to the president for clarification. Gibbs then called me to his office to relate what the president said. The president told him it IS locked in -- there is no flexibility. Troops WILL start coming home in July 2011. Period. It's etched in stone. Gibbs said he even had the chisel.

What could possibly explain a contradiction this extreme with regard to a question so central to the policy Obama just announced?  How can you have the Defense Secretary and the Secretary of State testifying in front of the Senate that the July, 2011 date is "not set in stone," that they "have not locked oursleves into leaving," and that "the target date could change," while the President is saying exactly the opposite:  that "it IS locked in – there is no flexibility" and "it's etched in stone"?

Is it remotely possible that the months of extremely careful, cerebral, thoughtful deliberations produced complete ambiguity on this central point, or is it that Obama's plan is designed to be sufficiently ambiguous so that nobody knows what it actually entails and everyone can therefore be told that it means what they want it to mean?  And which is worse?

I'll be on MSNBC this morning at 10:15 a.m EST, debating Afghanistan with Christopher Hitchens.

UPDATE: Here is the MSNBC segment I did this morning: