What can we learn from the MySpace debacle? 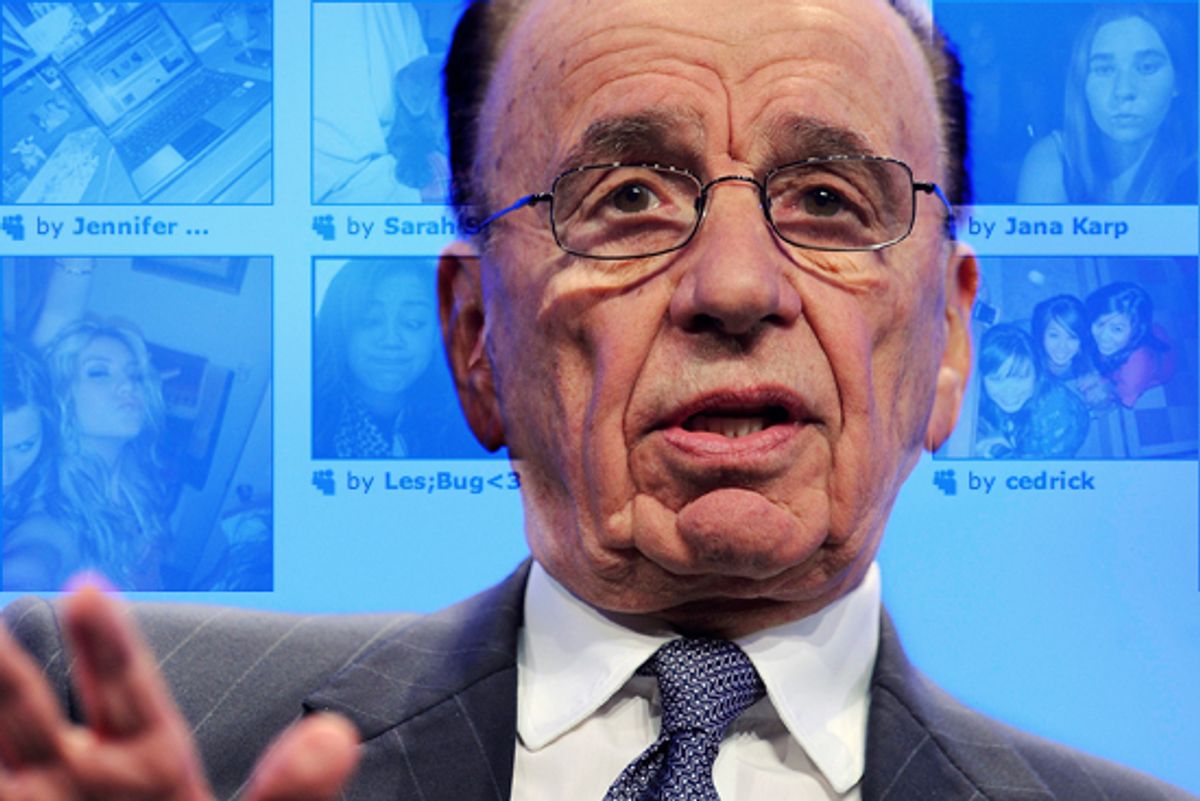 Who is to blame for the fall of MySpace?

The site's disastrous spiral into irrelevance can't be argued. From Matthew Garrahan's long feature in the Financial Times: (Found via Felix Salmon.)

Since then, MySpace has shed 40 percent of its staff, closed many of its international offices and publicly given up trying to match Facebook in the race to become the world's biggest social network. (MySpace has more than 100 million regular users, Facebook more than 300 million.) A move by MySpace and other News Corp digital businesses into the biggest new office development in Los Angeles was scrapped -- after the $350m, 12-year lease had been signed -- leaving the company paying more than $1m a month for an empty building. The number of people using the site has also dropped precipitously this year: MySpace's share of the social networking market has tumbled from 66 percent a year ago to 30 percent, according to the online research company Hitwise. The situation is so dire that MySpace recently revealed that it had failed to attract enough online traffic to meet targets set in its advertising deal with Google and as a result would lose $100m this year. An acquisition that had initially covered Murdoch in glory and offered so much promise was becoming an embarrassment to the News Corp chairman and a liability for his company.

Garrahan points fingers at everyone from Rupert Murdoch to MySpace co-founder Chris DeWolfe. Former executives recite a litany of strategic errors while spreading blame liberally around. But the real lesson here seems a lot simpler. MySpace always had a cheesy feel. Facebook offered a better user experience, and for the fundamentally fickle Internet masses, that's all it took.

With all the angst about broken newspaper business models and the threat the Internet poses to all aspects of the traditional entertainment industry, we often forget that it's no easier for the upstarts to hold onto whatever ground they've gathered than it is for the dinosaurs to avoid extinction. Today, every empire is built on shifting sand. Yesterday's Titan is tomorrow's Ozymandias. Facebook could melt away as easily as MySpace, or Friendster. And not just because Facebook executives made some missteps. But because somebody else came up with something a little better.

The point that traditional media barons should be mulling is that anything that makes the user experience worse -- like paywalls blocking formerly freely accessible content -- is the surest-fire way to send the Internet hordes surging in the other direction. Their options are unlimited.