Liberals will live without the public option 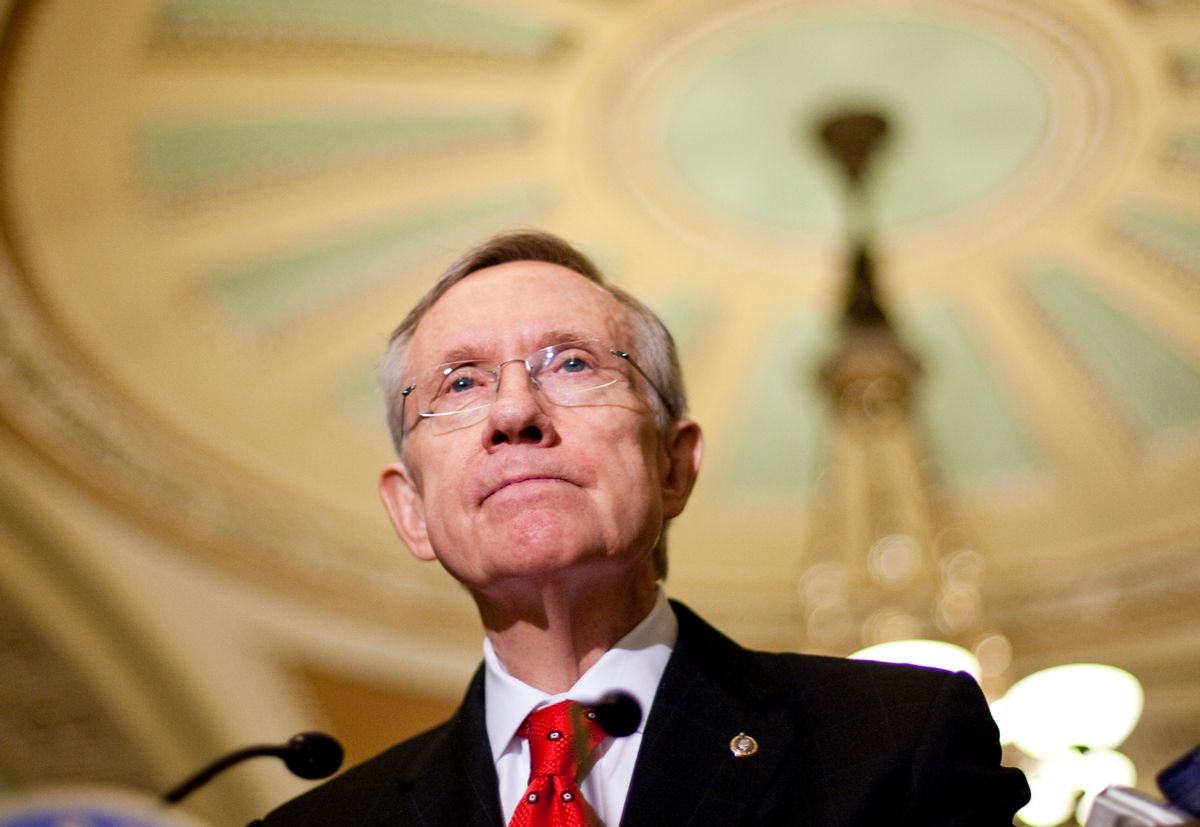 Now that Senate Majority Leader Harry Reid has managed to produce a renegotiated healthcare deal, everyone has to figure out what to think about it. While Sen. Joe Lieberman, I-Conn., is hedging, liberals across the country are probably e-mailing each other right now, asking, “Where should we be on this?”

It’s early yet, but it’s looking like major progressive figures are feeling cautiously optimistic about the compromise Reid has crafted. Sen. Jay Rockefeller, D-W.Va., has been a major public option advocate all along. Of the new proposal, he says, “I’ve got a smile on my face. I don't smile naturally.” However, Rockefeller’s Senate colleague Russ Feingold, D-Wis., isn’t quite as happy a camper. In a comment given to the New York Times, Feingold expressed some disapproval -- though he didn't actually promise to vote against a bill. “I do not support proposals that would replace the public option in the bill with a purely private approach,” Feingold said.

Meanwhile, among liberal political observers, it’s much the same story. The Washington Post’s Ezra Klein thinks that the deal is “better by far than what Democrats looked likely to get a week ago.” He also points out that, should political conditions favor it, the proposed policies are structured so that they can easily be scaled up in the future. Mother Jones blogger Kevin Drum writes, “For now, the prospects for healthcare reform are looking as good as they ever have.” Writing in the Nation, under the headline, “Senate Dems ditch the public option,” John Nichols offers a characterization of the reforms in the deal as “not inconsequential.” And the current most-recommended diary at liberal superblog Daily Kos is an endorsement of the deal that claims, “This will lower total medical costs for everyone folks. And it's bigger news that the small fragment public option ever was.”

It’s hard to imagine liberals killing this thing -- as they threatened to do some months ago with any bill that didn't contain a public option. That means that if Reid has indeed found a compromise that can get enough centrist and conservative votes he’s probably got something that can pass.