A tale of two rape stories

A college kid and an advice columnist draw fire for appalling pieces on assault. Only one of them learns from it 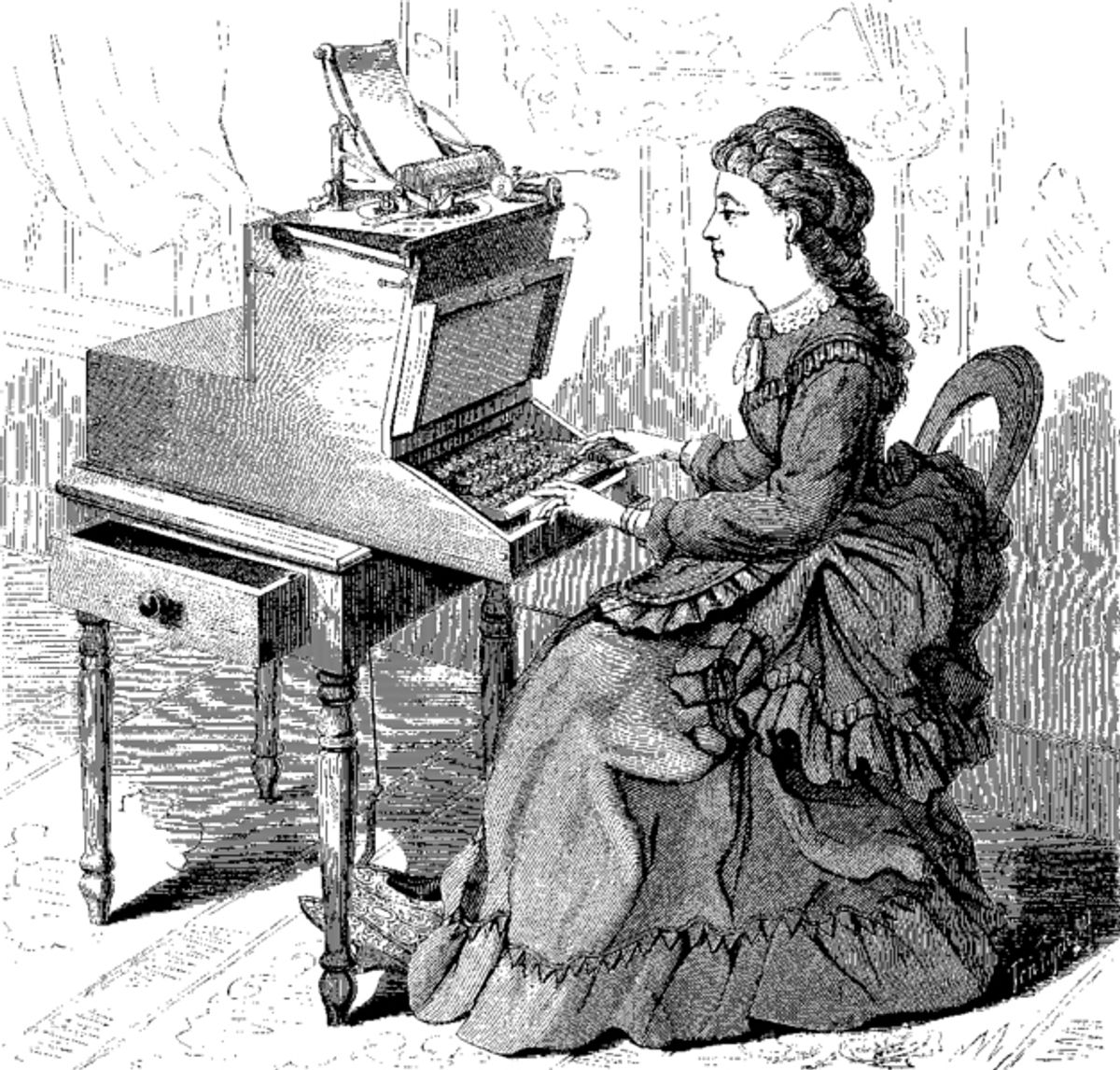 Toward the end of November, advice columnist Amy Dickinson and University of North Dakota student Josh Brorby both drew criticism from the feminist blogosphere for writing intensely wrongheaded things about rape. To recap, Dickinson received a letter from a woman who explained that, while drunk at a frat party, she went to a guy's room with him. "Many times, I clearly said I didn't want to have sex, and he promised to my face that he wouldn't. Then he quickly proceeded to go against what he 'promised,'" says the letter-writer. "I guess my question is, if I wasn't kicking and fighting him off, is it still rape?" Correct answer: Yes. Dickinson's answer: "First, you were a victim of your own awful judgment," followed shortly thereafter by, "You don't say whether the guy was also drunk. If so, his judgment was also impaired." See, your decision to drink at a party demonstrates such poor judgment you really need to take some responsibility for getting raped. His decision to rape, however, is mitigated by his judgment-trashing drunkenness! Duh. Amy then gets around to what she should have said in the first place -- "If you didn't consent, you were raped" -- but follows it up with quite possibly the worst advice I have ever seen in an advice column: "You must involve the guy in question in order to determine what happened..." To her credit, she says something about him needing to take responsibility -- just like the woman who, let's not forget, had the "awful judgment" to drink at a party -- but it's kind of overshadowed by the fact that she just told this woman to ask her rapist if she was raped. So that's the Ask Amy deal.

The Josh Brorby deal is, he wrote a piece for the Dakota Student in which he attempted to satirize the thought processes of rape-minded college dudes, but instead came awfully close to offering what Jill at Feministe called "a rapist's playbook." Sample text "She's good and buzzed now, right? Maybe a little unconscious? Whatever, bro, it's a one-night stand. This is where you drop the line, something funny yet titillating to let her know your intentions. Try this one on for size: 'Let's have sex,' and if that doesn't work, drop this bomb on her: 'Hey I'm going to have sex with you now.' If you're a real dare devil just pull down your pants and get to it." As Jill wrote, "[S]atire by definition requires wit, and, well, let's just say that 'wit' doesn't apply here, unless it is prefixed by 'dim' or a choice four-letter word. There's also a difference between 'satire' and 'repetition of actual events. Satire holds power and reality up for mockery and challenge through irony or derision; none of that is present in this article. It is instead a mash-up of common rape-promoting and apologizing tropes."

This week, both Dickinson and Brorby issued public apologies for their respective failures of sensitivity (and arguably, common sense). One of them basically offered a standard "I didn't mean anything by it" eff you. The other wrote an extremely thoughtful essay taking responsibility for the blatant screw-up. And if you're thinking the middle-aged female advice columnist must be the one knows how to give a proper apology, while the random college dude is the one who refused to acknowledge his mistake, you've got it backwards. Dickinson is Goofus here, and Brorby is shockingly, refreshingly Gallant.

For example: Goofus still shies away from the word "rape."  "After saying in advance that she didn't want to have sex," writes Dickinson,  "she did have sex." Yeah, sex after you've made it clear you don't want sex? Better known as "rape." Gallant, on the other hand, does not hesitate to acknowledge that even drunken frat boys -- perhaps especially drunken frat boys -- can commit rape, and it is not only the alcohol that makes them do it! "Rapists aren't monsters in dark alleyways, true; they are the person walking across the street, that guy in Spanish class, the man you saw fist-pumping at a party last week. And these men aren't born rapists, monsters within waiting to pounce out. No, they are created by the notion that it is okay to view women as nothing more than an achievement, a challenge, or an object to be used during a one-night stand. "

Goofus says she didn't really do anything wrong, except for phrasing one thing a bit brutally, and acts as though "not intending to offend" is the same thing as "not being offensive":

Because "Victim" wondered where the line was, I tried to draw it for her. My intent was to urge her (as I often urge readers) to take responsibility for the only thing she could control -- her own choices and actions -- but I regret how harshly I expressed this.

I certainly didn't intend to offend or blame her for what happened, and I hope she will do everything possible to stay safe in the future.

Um, Goofus, implying she didn't do enough to stay safe in the first place, simply because she made the choice to drink alcohol at a party, is exactly why people accused you of victim-blaming. But it's great to know you didn't intend to do that. Twice. Also, if you're going to make claims about what you said -- e.g., "I told her that the perpetrator should be confronted by authorities at school because he might have done this before and might do it again unless he is stopped" -- it's best if the original document backs you up on such statements. Because when it doesn't, people will be tempted to write things like, "Goofus lies through her teeth."

Gallant, meanwhile, tells the truth and accepts responsibility, even when it means acknowledging that he simply shouldn't have written what he did:

I was wrong to think that humor could be used to look at a problem that is so visceral and prevalent in universities. In the article - no matter how each individual received it - I did not take into account the fact that many women have dealt with situations incredibly similar to the one I presented. I did not consider that in writing a satirical piece on such a personal issue, I was taking my position as a man for granted, ignoring the fact that such humorous overtones allow men who may think like the satirical character created to feel okay with their behavior, or to joke about deep sexual issues. The approach I took (I now know) did not address the issue in a way that could help; it only propagated the intense and still-existent rape/predatory culture that pervades our society.

For this, I am truly sorry, and I apologize to all readers of the Dakota Student. It was a gross mistake on my part to submit the piece.

Finally, Goofus gives a vague nod to the importance of Talking About It -- "I'm grateful that she chose to share her question with all of us, because talking about it will help others" -- while Gallant actually takes the time to think about and discuss the issue in greater depth, sharing what he's learned from all the criticism: "In all of this, though, there is a blessing of sorts: I now have the opportunity to write about the issues I wanted to originally discuss in a serious arena with a larger audience than previously available. I can address the problem of the predatory-sexual mindset that some men have without hiding behind a character or beating around the bush (things I shouldn't have done in the first place)." And then he does just that, and it's terrific.

Even Brorby's sincere, well-considered apology can't completely undo any damage his original piece may have caused, but as Jill put it, "it does seem like Josh is making a very serious effort to be a good and productive ally." Meanwhile, it seems like Amy is making a very serious effort to rationalize telling a rape victim she should be ashamed of her "awful judgment." So if you ever need some guidance on how to take constructive criticism and own your mistakes, you might just be better off writing to a North Dakota college student than a professional advice columnist.