The one-hit wonder of the decade

Billboard doles out their most dubious distinctions. Talk about a bad day 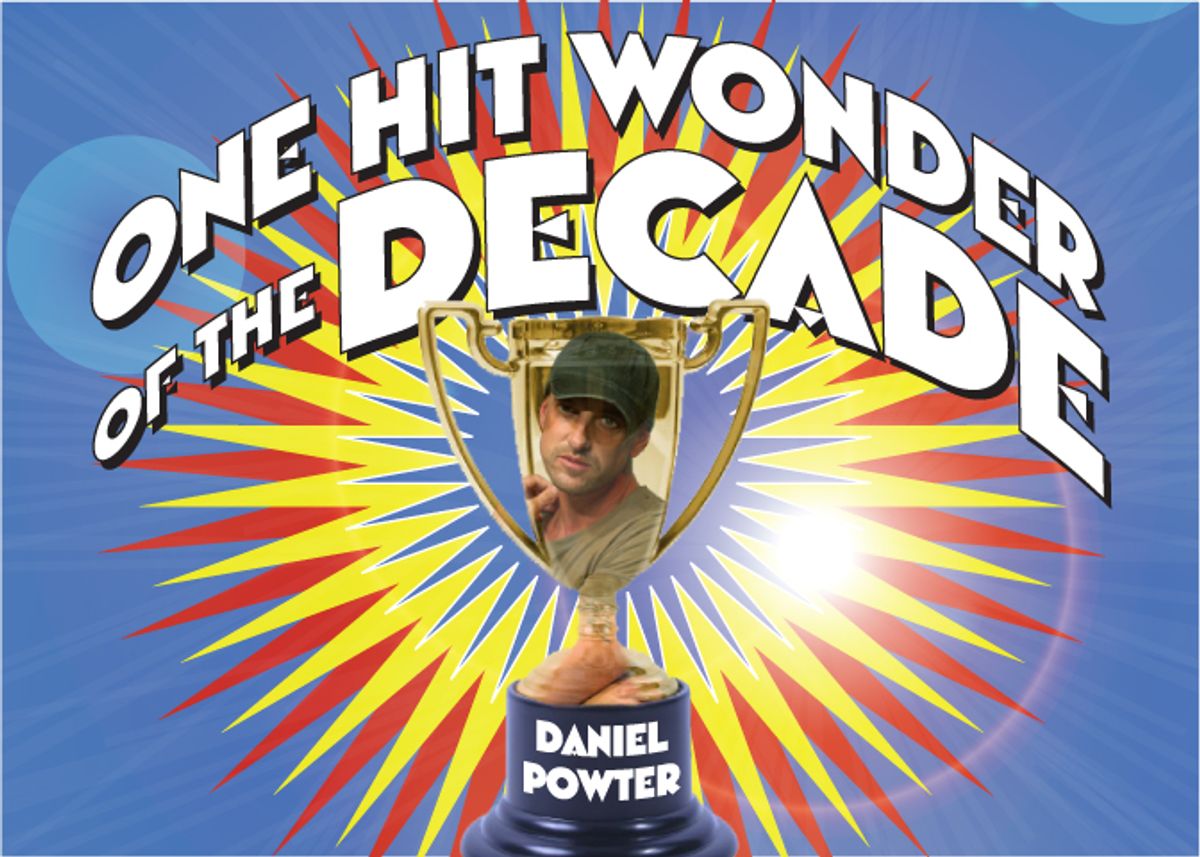 From today's Department of Self-Fulfilling Song Titles: On Wednesday, Billboard named Daniel Powter, whose song "Bad Day" was as ubiquitous in 2006 as subprime mortgages and skinny jeans, the one-hit wonder of the decade.

Billboard's distinction was reserved for artists who made the top 10 their first time out of the gate – and then never cracked the top 25 again for the remainder of the decade. Also on this most dubious of top tens were Terror Squad's "Lean Back," Crazy Town's "Butterfly," James Blunt's "You're Beautiful," and Gnarls Barkley's "Crazy."

And yet, it's better to be a one-hit wonder than say, a lifelong failure. Most creative people I know would cut off a finger to have the word "hit" associated with their names -- even a single time. And while being dubbed a flash in the pan has got to sting, Powter finds himself now in pretty august company – plenty of critically acclaimed artists have had one big fluke hit followed by musical careers that are enviable by any standrd. You know how many Billboard Top 40 hits Sinead O'Connor, Lou Reed, Beck, Garth Brooks, and Queen Latifah have had? One each. Think Gnarls Barkley, whose last album "The Odd Couple" snagged four Grammy nominations, are sweating it? Does 4 Non Blondes' Linda Perry, who's written and produced for Pink, Christina Aguilera, and Gwen Stefani, weep for what might have been after "What's Up" had its moment in the sun? Here's perspective for you: Bobby McFerrin is doing a world tour in January.

While massive, sustained superstardom is surely nothing to sneeze at, for a lot of musicians, just being able to work is huge. And if along the way, they get the distinction of being tops at anything, that's still a win. Is such a fate possible for a guy whose chartbuster has been covered by the Chipmunks and used as an American Idol kiss-off? Time will tell. But Powter must surely already have a sense of humor about it all.  His newest album -- which includes a song with Linda Perry -- is called "Under the Radar."

If you somehow managed to escape "Bad Day" the first time around, here's your chance to see what a one-hit wonder looks like in all its briefly shining glory.