Cooking with strangers can feel a little stranger than expected 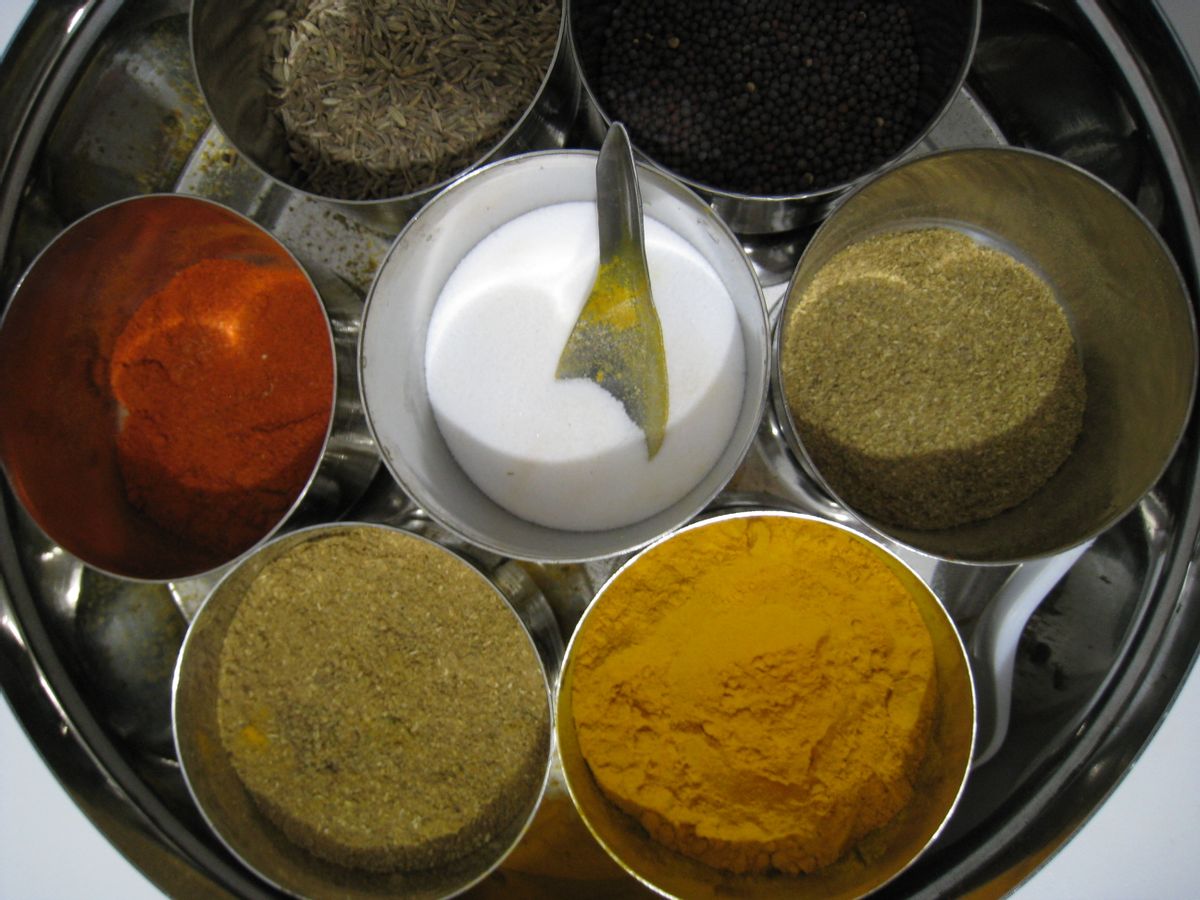 Seema stops and starts, showing me a bowl of lentils soaking in water, apologizing for the humbleness of the food she was making -- dal chawal, rice with soupy lentils, her comfort food. She smiles nervously, letting out a half-breath laugh, and asks me if I’d like some tea after putting a pot of water on. I look at the wall and the crayon drawings that her 8-year-old made for her, intimate gestures between mother and daughter, and I have one of those flashes of recognition: What are you doing here, standing alone in the kitchen of a woman who barely knows you, in the middle of the day? I feel suddenly awkward and enormous, struggling to stand at a respectful distance with my notebook in hand, peering into her pots.

But I suppose I should have known what this was going to be like. I had asked one of my neighbors to show me what made the halls smell so good, to let me inside her home, and how could that help but get personal?

The tea boils over, milky froth sizzling under flickering flames. "I'm messy, right?" she says, grabbing paper towels. I apologize for distracting her, but she insists it's her fault. She serves me a cup, sweet and biting, and turns around to push the towel around the stove, avoiding the pot of orange lentils bubbling away.

Seema was born in Bombay but moved to New York at 5. She's lived here really her whole life, and so I smiled when I picked up on her light Indian accent, on her South Asian figures of speech, like calling meat dishes "non-veg." Culture can be so local — like six-blocks-and-a-couple-of-aunties'-houses local.

She learned to cook by watching her mother and adapting. "I like to try different things. I had fish kebabs at a friend’s house. They say you just get a can of tuna, add some onion, green pepper, some masala. You make it into patties and fry it. I want to try that," she said with a pragmatic enthusiasm -- it sounds tasty, and it also doesn't sound like a lot of work. "I only started cooking regularly a few years ago, when my daughter finally got old enough to really eat. I just make enough for us and for me to have lunch the next day."

Seema nods. "She likes most to stand by the stove and stir, but it makes me nervous, so I have her chop tomatoes."

She drops a half ton of garlic for the lentils on her cutting board, her fingers pinching the cloves one by one as she saws them into pea-sized pieces with a steak knife. I jot down her technique, thinking how this is new for me, too, having only taken notes in chef’s kitchens, where heavy German steel flashes through vegetables.

Her cellphone rings. She presses it to her ear, her neck cocked uncomfortably, and overhearing her conversation I remember that she works as a real estate agent. The faucet is racing, her eyes widen at the sight of water evaporating quickly out of the rice cooker, and she rinses the grains hurriedly while trying to arrange an apartment showing — we're one baby on her arm away from being in an afterschool special about working mothers. “Yes, yes, it’s in good condition," she says over the noise. "Oh yeah, um, there’s going to be some of that, but it's not going to be a problem, you know?”

She seasons the rice in the cooker, showering it with salt, the nutty butter called ghee, and cumin seeds she crushes in her palms, in a motion like wringing hands. Then, a moment later, she comes back to it, nervous she added too much salt, nervous she used too little water. “Do you think it’s right?” she keeps asking me, and I alternate between asking if it’s how she likes it, and just telling her it’s fine. “I’m just not used to this,” she says. She drops a spoonful of the water in the palm of her hand and puts to her face, her wrist to her chin, and tastes it. I couldn’t help but think it looked like a devotional gesture, which was ironic because I'd once read a story about an Indian cook who would never taste her food while cooking, thinking it offended the gods to feed yourself before them. I ask Seema about it, and she looks at me for a moment, puzzled. “Oh, right. Some families do that, I think, but that’s kind of…” she trails off, gesturing with her hand behind her, and we giggle a little at our casual disrespect for tradition.

She fries the garlic with a fistful of chilies and spices to finish the lentils, and the smell reminds me of when I dated an Indian woman, our dinners in her home, and I ask Seema if she, too, likes to eat dal chawal with her hands.

She gives me a look, almost confessional, almost like I found something out. “I don't know… it's just tastier, ” she says. “Maybe because you have to open your mouth wider when you eat with your hand? I like it. But never when I go out. It seems… ” She pauses. “Improper.”

She piles rice in a wide bowl for me; when I start protesting at how much, she adds just a little more. She goes to the stove for lentils and I try to fill her plate, but she tells me to stop when I spoon on quarter of what she gave me. “I don’t eat that much. And I am on a diet.”

“You think so?” she asks as she sits down, and I step away with my bowl to take pictures of it by the window.

When I get back to the table, she has a spoon on my plate, and one in her hand. “I thought you said you prefer to eat with your hand? ” I prod, sticking my fingers gracelessly into my rice, realizing that — shocker! — food that throws off steam is really hot. I mangle the move, letting half of it fall back to my bowl while trying to stuff it into my yaw. Seema laughs a little when I try it again, this time biting on a chili I wasn't ready for and immediately smearing lentils all over my can of Coke. “Oh, OK,” she says. She puts down her spoon, tucks a bite of rice into her fingertips, and, before she seamlessly pushes it into her mouth with her thumb, she says, “We’re at home.”