Films of the decade: "Almost Famous" 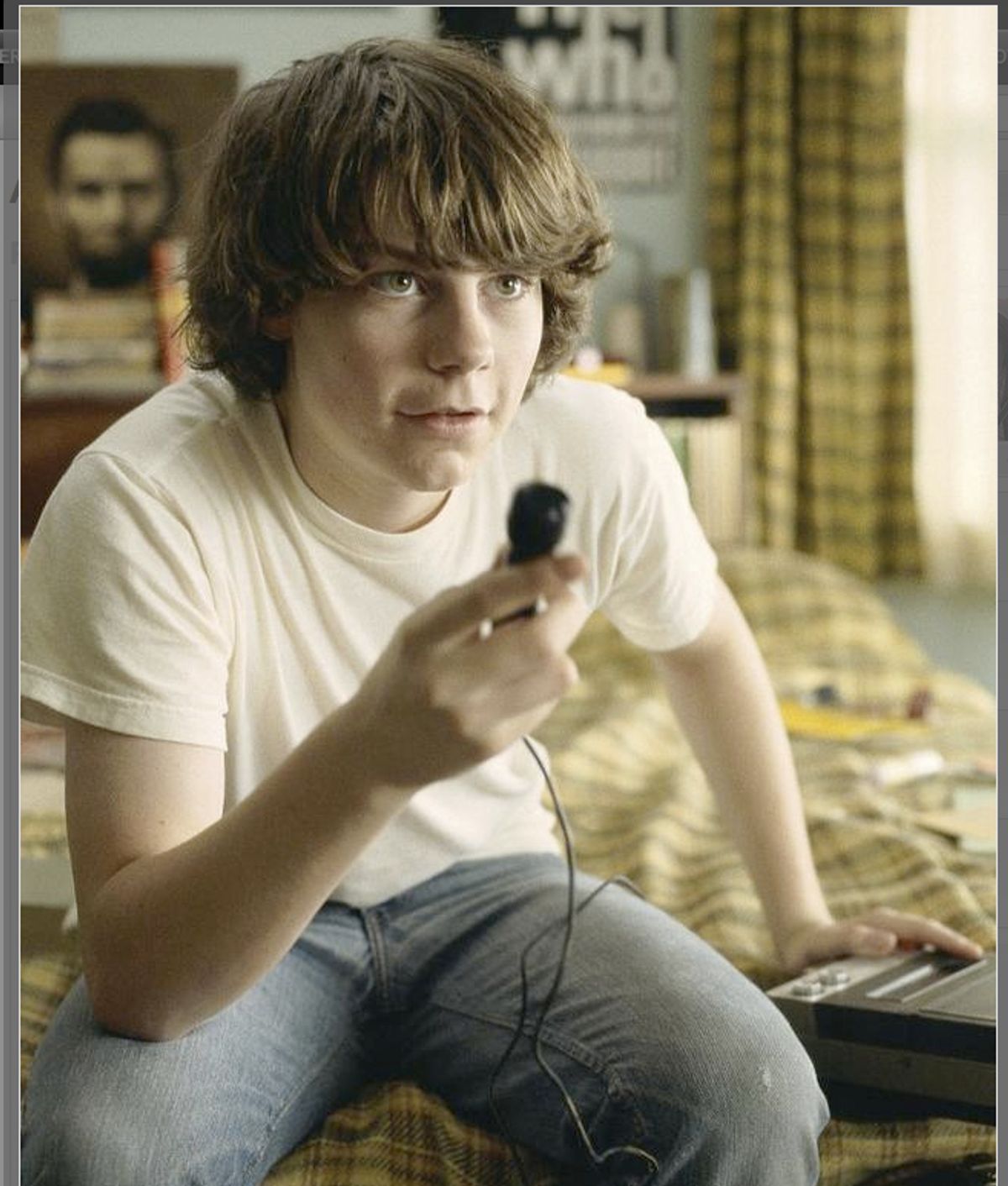 A still from "Almost Famous"
--

April 1976. It's the Bicentennial. Jimmy Carter is running for president against the likes of Scoop Jackson and George Wallace. I'm sitting in my first period Current Events class in Room 121 at Great Neck North Junior High School, hair flopping over my shoulders, a silly grin on my face. Celia Nissenbaum, in that peasant shirt I write poems about and smelling like chewing gum and being 14, has her desk turned toward mine and her feet in my lap. It's as perfect a morning as a boy can have, until Jumbo Jim Johnson, our first-period teacher and a giant of a man, ruins everything.

"Get your feet on the floor," he bellows at Celia, dragging her desk away from mine and pulling her legs with her. My delight left pretty much fully exposed, I sit up very straight and drop my copy of Rolling Stone magazine into my lap. "And what will you be doing for spring break?" he asks, leaning into me and functioning pretty much the way the moon does during an eclipse.

I look down at the magazine and tell him the truth: "I wanna be a professional journalist," I say. "I'm gonna get a job being a writer."

"Over spring break?" he asks, laughing in that way that makes his face jiggle. "Yes, I say," pointing to the magazine. "Just like him."

"Him" was Cameron Crowe, one of my personal heroes and a regular contributor to Rolling Stone. Every two weeks when the magazine arrived, I would comb through the pages to see if he had written anything new. And when he had, I was never disappointed. David Bowie, Led Zeppelin, Crosby, Stills & Nash -- he wrote about all the music I loved, or started to love as soon as I read about it in his pieces. And best of all was the little italicized credit at the bottom of his articles: "Cameron Crowe is a 16-year-old contributing editor to Rolling Stone magazine."

"He writes for Rolling Stone magazine," I say to Jumbo Jim, "and he's only two years older than I am. If he can do it, why can't I?"

I spend spring break working the phones in my family basement until I finally find someone in the publishing industry amused enough by the idea of a cold-calling 14-year-old to grant me a meeting in Manhattan. I leave the meeting with an assignment from something called the Alternative Journalism Review: I will write an article about political radicals from the 1968 elections and how they're faring eight years later. My career in nonfiction has begun.

Twenty-four years later, in the fall of 2000, I hear early praise for the new Cameron Crowe movie. It's his follow-up to "Jerry Maguire" and I'm told it's autobiographical -- the story of how he became, yep, a teenage contributing editor to Rolling Stone. On opening night, I go to the local theater and check it out. It's "Almost Famous," and I can't believe my eyes. It's Crowe's life story indeed -- at least his life story as a kid. And guess what: It's mine too.