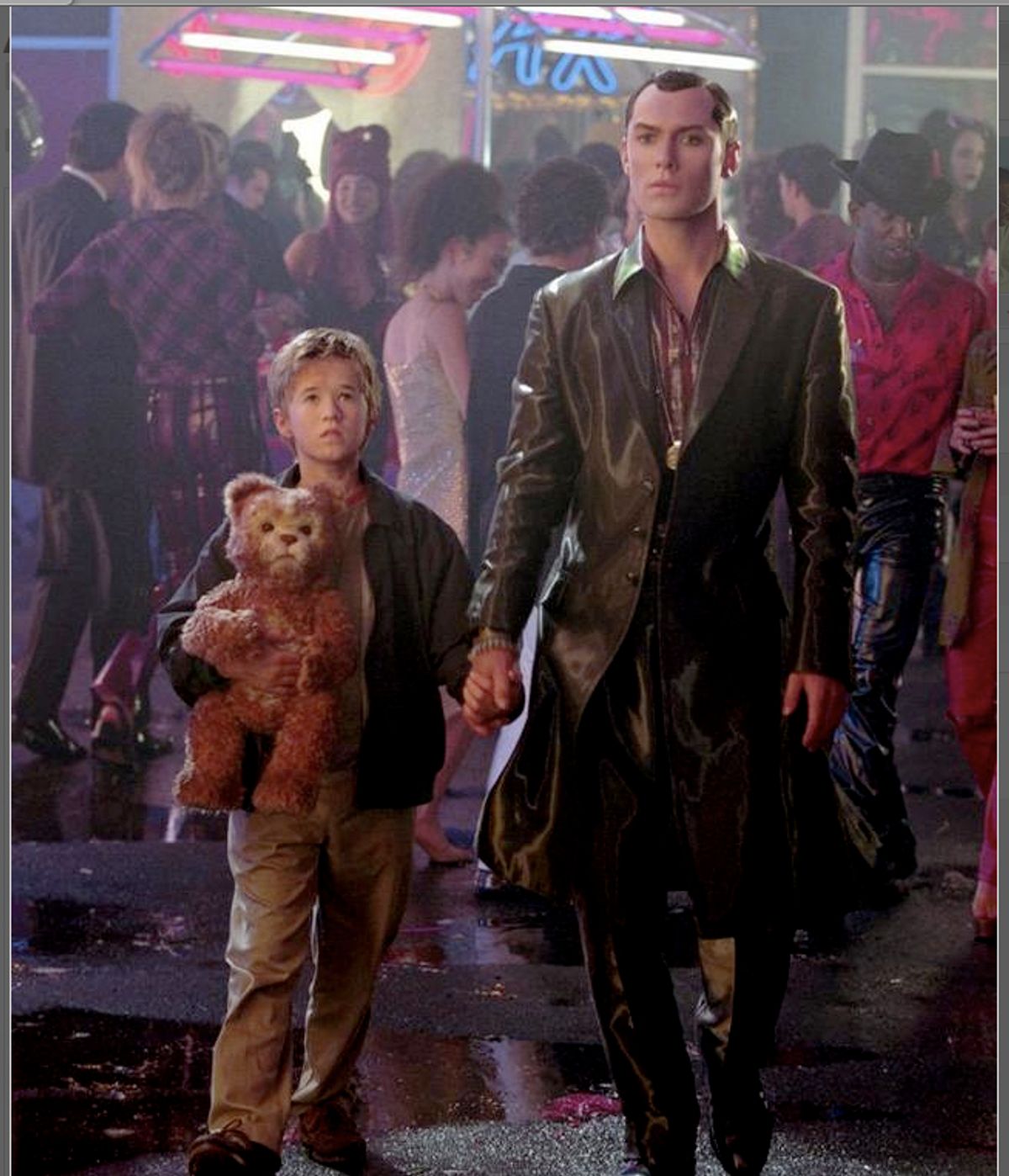 A still from "A.I. Artificial Intelligence"
--

I'm not the only one to consider "A.I. Artificial Intelligence" a very great and deeply misunderstood film; others as disparate as Andrew Sarris and the late Stan Brakhage have more or less agreed with me, as well as my friend and favorite academic critic, James Naremore. (Click the link above to read my full review.) But it's also clear to me that any ordinary auteurist way of processing cinema can't begin to handle this masterwork adequately: Reading it simply as a Spielberg film, as most detractors do, or even trying to read it simply as a Kubrick film, is a pretty futile exercise with limited rewards, even though the fingerprints of both directors are all over it. Seeing it as a perpetually unresolved dialectic between Kubrick and Spielberg starts to yield a complicated kind of sense -- an ambiguity where the bleakest pessimism and the most ecstatic kind of feel-good enchantment swiftly alternate and even occasionally blend, not to mention a far more enriching experience, however troubling and unresolved. As a profound meditation on the difference between what's human and what isn't, it also constitutes one of the best allegories about cinema that I know.